A Puppet Does Not Have His Own Agenda 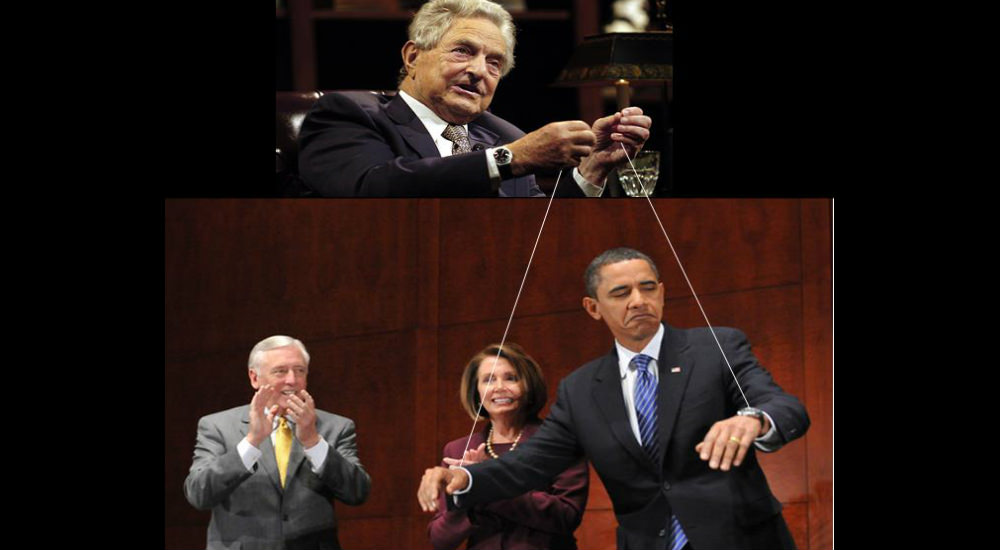 Obama is a puppet for global government. A puppet does not have an agenda.

The socialist globalist end is to be in charge of a smaller, population which is more manageable because they cannot manage independent thought. They cannot even think for themselves. They must have continuous conflict so that their simple tactics can work. Thought destroys their plan.

They push “human rights” and “social justice” because it divides. By pushing everyone into some collective, they turn individual rights, freedoms, responsibilities and justice into a privilege which is controlled by “authority” — global government. It is a scam based on argumentum ad vercundiam — if you believe in power, prestige and/or money, you will accept the word of “experts” who tell you what to think, instead of thinking, deciding and judging for yourself.

It is no wonder then, that the only tangible result of these Orwellian redefinitions is wars between countries and conflict within. The only beneficiaries of such conflicts are global usurers who lend money to both the winning and losing sides and obtain guarantees that the winners will pay the loser’s debts.

Socialism is tyrannical autocracy. It’s theory is based on force and violence. It requires conflict to operate. It is the opposite of the voluntary free market whose theory is based upon reason and contract. All of Alinsky’s theories are based on pitting force and violence against reason and contract. It is why Alinsky advocates avoid the substance and attack the person. They cannot fight pure reason, they must personalize it.

A gun is useless against reason and contract, but the person using reason and contract can be forced to comply at the point of a gun. If violence is initiated, we must defend ourselves, not by reason, but by force. That is why one should never initiate violence, but should always be prepared to use it to defend oneself.

Initiating force and violence is the basis of all Marxist socialism — communism, fascism, and globalism. Communists use force and violence to steal productive resources. Fascists are an alliance between large, inefficient producers and the force of government to avoid and squelch competition in exchange for taxes to finance a larger, more oppressive government. Globalism foments conflict between nations and strife within nations to prevent individual nations from prospering, reduce productivity, increase the dependence of people on government and reduce sovereignty and productivity.

Do not get bogged down in terms. Socialists are great at inventing them to cloud simple, basic concepts that are otherwise very clear. Socialism is force and violence to dominate and control. Free will (lassaiz faire capitalism) is the voluntary interchange of goods and services by reason and contract between sovereign individuals or sovereign nations.

Think about it, and even Obama and Soros, make sense. They all seek to destroy the common good, turn it into the average bad, then worsen the average bad until people eat each other. They say their hope is that they remain to control a decimated population, but they really don’t care as long as they destroy the common good, because the end to their zero sum game is conflict.

In prosperity, everyone wins. In socialism one must lose for another to win. And, as the average bad increases, everyone loses.