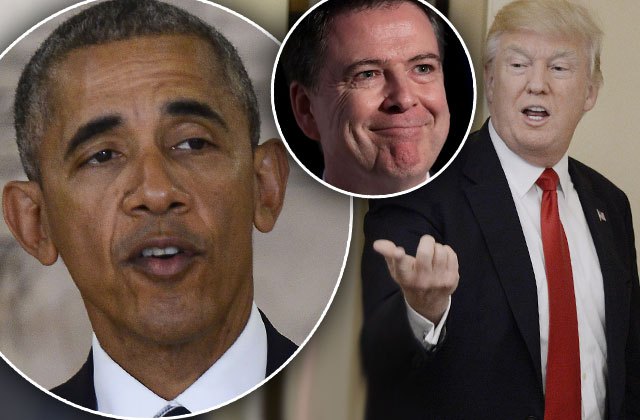 In the first independently corroborated evidence reported by a major news organization, multiple news outlets have now reported President Donald Trump’s assertion, in his now infamous Tweet, that he was surveilled by the Obama administration prior to his election as President is in fact true.

“Rice had requested that at least one Trump transition team member be “unmasked,” Bloomberg View reported Monday, leading to claims that the Obama White House had intended to use that intelligence to damage Trump’s transition. While Rice did not deny making any such requests — declining to comment on specific reports — she denied that her actions went outside the scope of her job. Two anonymous U.S. officials told Bloomberg’s Eli Lake that the former Obama national security adviser was the one who requested unmasking Trump administration officials in raw intelligence files since viewed by Reps. Devin Nunes (R-Calif.) and Adam Schiff (D-Calif.), the heads of the House Intel Committee.”

Fox News also was able to independently verify Susan Rice’s manipulation of National Intelligence tools to target the Trump administration as early as one year prior to his election! Senator Rand Paul also confirmed the revelations this morning on MSNBC’s Morning Joe: “Now we know that someone in the Obama administration was eavesdropping and specifically searching a databank looking for the Trump (people),” Sen. Rand Paul proclaimed.

Ladies and gentleman, the true story of the Russia “scandal” is slowly unfolding in front of us and it certainly looks like the educated guesses of Mark Levin, Sean Hannity, and President Trump himself are slowly being proven to be true. The Obama administration used tools of the government, surveillance tools, to actively spy on the Trump campaign and subsequently spread details of their campaign throughout the administration and, likely, to their media crony friends. This political scandal should be bigger than Watergate but at the moment the mainstream media appears to be winning a communications war as it attempts to suck the air out of the room by ignoring the story. It’s your duty to stay informed and independently research as the globalist battle between Truth and Fiction is playing out before our very eyes.