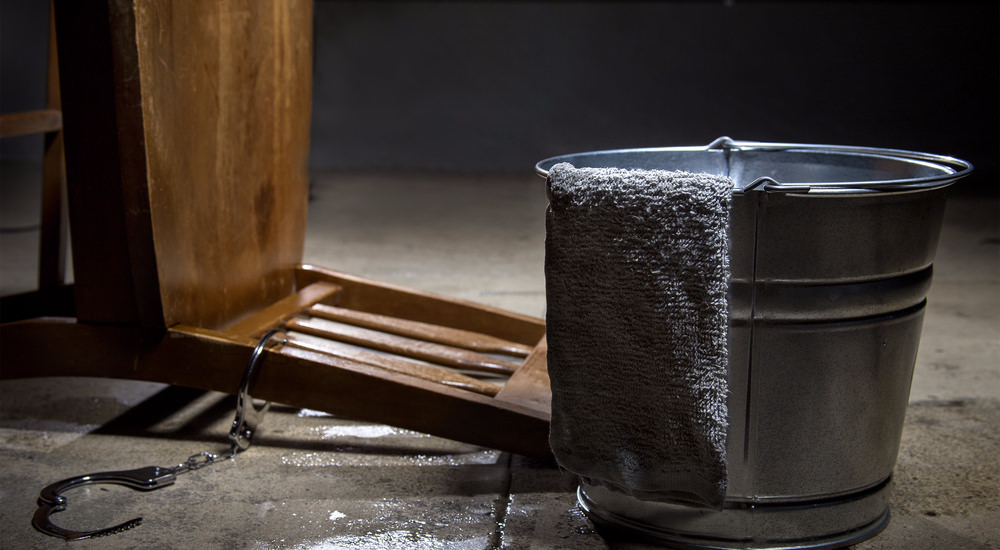 Watching Senator Feinstein blabber on once more about enhanced interrogation, which she equates with torture, at Neil Gorsuch’s confirmation hearings, now that is really torture.

Listening to this Senator, who is one of the four lady’s from California, that make up the four most incredibly far left gaggle of politicians in our government is mind boggling; Nancy Pelosi, Barbra Boxer, Maxine Waters and Diane Feinstein. One can envision those four gathered around a pot of liquid at a Democrat convention ranting, boil boil, bubble bubble how can we manage to cause more trouble. Hamlet would be very familiar with the philosophy of those four.

Enhanced integration, I have written about this before but since Feinstein can never seem to understand the difference between enhanced interrogation and real torture, here we go again. Every United States Air Force member who went to Vietnam and was assigned to fly combat missions there, went through enhanced integration at the Survival, Evasion, Resistance and Escape (SERE) training course at Fairchild AFB WA.

There were various types of enhanced integration training conducted. It was all extremely tough. I can talk about that because I went through it in 1972. The worst EI I went though was “The Box.” There was a wall with square openings. One was told to crawl into this “box.” Your head went against one end and there were channels built in so when they put the end panel in, you heard the clicks as the box was closed right against your feet and rear end.

Pitch dark and one was on one’s hands and knees. No way to move unless you was very small and skinny, I wasn’t either of those. The pain started very soon and as time went on all you could hear through the pain was Jane Fonda’s voice telling all that the North Vietnamese were right and the USA was wrong or words to that effect, that and the endless droning of Joan Baize’s anti-war singing (for you younger readers, Baize was a well-known anti-war partisan) . After a while those two got more annoying than the discomfort.

Funny thing happened, the pain and discomfort grew for a while and then you realized it wasn’t getting any worse. Didn’t go away but it didn’t get any worse. I believe that was a part of the learning process.

To this day I do not know how long I was in that dammed box, a couple of hours, maybe more, maybe less. When I heard the back end clicking open I thought, thank you God. The instructors pulled me out and sat me down. I couldn’t move for some time. But eventually everything went back to normal I was fine in about an hour; no finger nails pulled out, no broken bones in other words no real torture. There wasn’t any form of ET that one couldn’t recover from in a short period of time and be physically fine.

At the initial briefing we were given to prepare us for what was coming it was explained to the group of guys I went through with, this SERE training was intended to among other things to prepare us for what we might receive in the event of our being captured by the North Vietnamese. To make us realize we could go through some pretty tough stuff and still make it. So we went through various type of ET. Some were water boarded but there were various forms of ET. Looking back on it, in that box I was thinking water boarding might not be so bad.

Please understand no one equated what we went through with what was happening to our prisoners in North Vietnam. That was real torture Senator Feinstein; beatings with clubs and iron bars, hanging men with their arms over their heads until their arms were pulled out of their sockets, beatings that broke men’s ribs and arms, mistreatment that caused the death of our men. How this woman could actually believe EI was the equivalent of real torture is incomprehensible. If EI was actually real torture, it would have been illegal under the Uniformed Code of Military Justice. I mean, get real.

I have come to believe Diane Feinstein long ago came to an ideological conclusion that supports a left wing progressive mainstay view, anything the U.S. does to an enemy that actually is effective is abhorrent and must be protested against with whatever misinformation and lies that may be required.

The truth is that the CIA only water boarded three Islamic terrorists. The facts are irrefutable the information gleaned from those EI tactics started the trail to the death of Osama Bin Laden. Progressive, Marxists, far left politicians have tried to refute those facts for years. However the people involved in that program have given the lie to those miscreants in several legal opinions and any fair minded American now knows the truth. However Feinstein and her ilk cannot ever accept that truth because if makes them look so irrational and irrelevant.

However in Feinstein’s heart of heart’s this flawed woman has to have the brain power to understand the difference between ET and real torture, but she will never admit it and will continue to make herself appear foolish.