The Nation has a Message for the Left 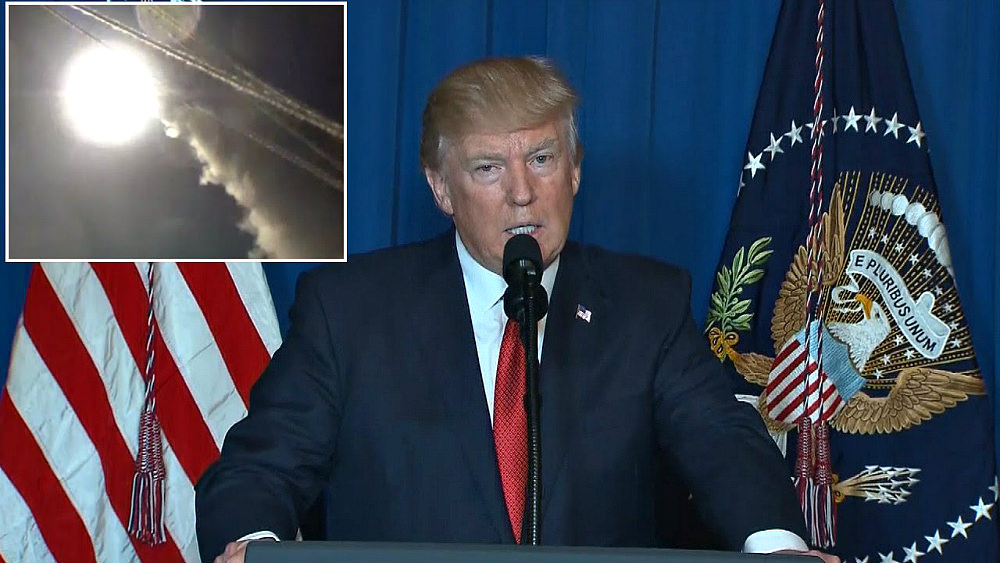 Some on the left are concerned about the praise being heaped on President Trump over his single bombing campaign in Syria. No, it’s not the praise from the right, but coming from liberals who, like democrat politicians, normally have nothing constructive to say regarding Trump.

Now ultra-leftist sites like The Nation.com are worried about this new found respect of Trump, even if it is temporary, as demonstrated by an article entitled, “Too Many of Trump’s Liberal Critics Are Praising His Strike on Syria.”

It seems that The Nation feels compelled to remind fellow travelers that Trump is the enemy and you never say anything good about the enemy.

They insist that if one from the left shows favor toward Trump on this single action, they must therefore “account for what comes next.”

Just how stupid is that. It would be like saying that if I praise the President for a single initiative, I must then account for every other policy. It shows just how warped the left really is – or politically disconsolate they are – that due to their radical ideology, they are either incapable of or simply refuse to separate a single event from the whole.

However, The Nation did spare Fareed their full leftist wrath, by saying in the very next sentence that he previously called Trump a “bulls**t artist,” and that he became president “by bullsh**ting.” They evidently like Zakaria and don’t wish to throw him under the bus for a single lapse in judgment.

The Nation also called out MSNBC commentator and leftist hack Nicholas Kristof when he said that Trump “did the right thing” by bombing Syria, and Brian Williams, who “repeatedly called the missiles ‘beautiful.’”

Throughout the balance of the article The Nation calls out others, including The New York Times and at least one former Obama official, but they also included caveats, effectively letting the ones they favor off the hook for their single dalliance with the Dark side.

They reiterate, just in case we missed it, that, “any liberal who praises these missile strikes has to account for what comes next.”
Ensconced within the leftist drivel, they did make one interesting point. Oh no! I’m on the right. Using the logic of the left, I’m not supposed to admit that anyone from the left ever makes a salient point. Does this mean I now own the entire leftist agenda?

They asked why Secretary of State Rex Tillerson did not appear to be part of the briefing on the attack. According to the photo released of the meeting, the following were present: “Commerce Secretary Wilbur Ross; Treasury Secretary Steve Mnuchin; Goldman Sachs alum Dina Powell, deputy national-security adviser; along with Jared Kushner; Steve Bannon; and Bannon’s sidekick Steven Miller. Why are the Commerce and Treasury secretaries there?” Good point. I do not know, but it does seem a bit odd for those two to be present at a security briefing.

The Nation even said they were disappointed “to see Hillary Clinton say Wednesday afternoon that she thought air strikes on Syrian airfields were an appropriate response to the chemical-weapon attack.” However they immediately followed up with an explanation that, “if she did fire missiles at Syrian airfields, she would have done so with a clearer notion of what comes next. Trump appears to be clueless.”

And how do they know Trump is clueless? Well of course, as I’ve mentioned before – the left has a magical ability to read the minds and hearts of those on the right. It’s an amazing talent.

They end the article with a warning of sorts to the left. “Liberals have to sober up and stop being besotted by beautiful missiles and presidential cruelty. Trump is the same Trump he was Tuesday, and that should scare all of us.”

Of course they said the same of George W. Bush and especially Ronald Reagan, with his Cowboy Diplomacy.