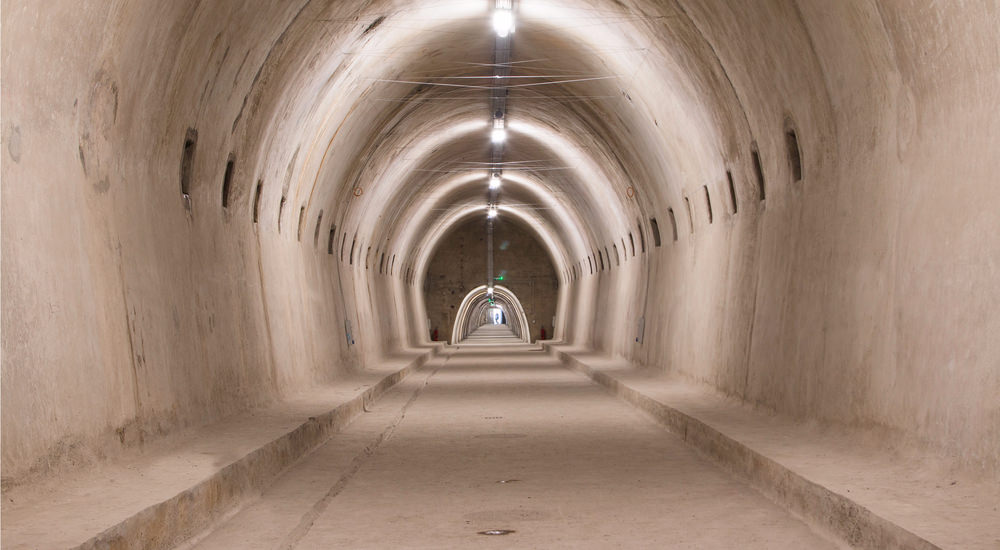 King James Bible: And no man in heaven, nor in earth, neither under the earth…” – Revelation 5:3

This results in ongoing destruction of American infrastructure, allowing the Chicago Mercantile Exchange to pay out billions to amoral profiteers, in league with HAARP and Rothschild’s Shell chemtrail mixtures poured in the jet stream. Realtors then go in to purchase carefully-planned ruined areas and sell to foreign interests for 16% profit.

But the ACE underground is of equal or graver concern! Starting in 1959-1961, the Army Corps of Engineers published a five part series of training manuals entitled Design of Underground Installations in Rock. Already issued in 1961, one report in this series states, “Vital government installations have been placed under ground, as exemplified by the Ritchie Project.”

Needless to say, many underground installations have been built since 1961! With the threat of CalExit and its embassy as a nation already in Moscow, the underground Northrop and McDonnell facilities in the Antelope Valley of Southern California are threatened by the eyeing Chinese. Northrop itself is rumored to have as many as 42 underground levels. If California secedes, who will be taking over these levels?

And northwest California was the target of a 1964 Army Corps of Engineers plan to construct a large underground cavity 4,000 feet underneath Argus Peak, northwest of Trona, California, to be within the boundaries of the China Lake Naval Weapons Center, also long held to be the site of a massive underground installation. Los Alamos National Labs in California also has many underground facilities.

And of no secondary importance are FEMA’s secret underground facilities! For “Globalism not Americanism,” locations include Mount Weather, Bluemont, Virginia; as one of approximately 50 FEMA secret, underground command posts, among at least 96 centers in the FEMA Continuity of Government system, supervised by the NWO FEMA facility at Mount Weather. These need to be dismantled immediately for “Americanism not Globalism!”

With Obama’s and Clinton’s full knowledge of America’s secret underground facilities, are they being used now for ISIS, for the insurrection of Islamic terrorists, and the coordination of UN foreign troops at the ready to be America’s “protectorate” – like WWII Russia was Finland’s “protectorate” and Nazi Germany was Denmark’s “protectorate” – in the event of an upcoming 2017 Spring Uprising and Civil War?

Will these secret underground installations be filled with illegals who would escape deportation? Used for weapons’ storage by leftists in an upcoming civil war? Be confiscated in California by communist Chinese who already think they own the port of Long Beach? Be used in coordination by FEMA to arrest 25 million Patriotic Americans as leftist Bill Ayers suggested?

America’s underground facilities need to be fully investigated and dismantled immediately! And President Trump must not hesitate to “Drain the Swamp” in the traitorous U.S. Army Corps of Engineers!