Liberal Latino Journalist says “Whites” are the Minority, this is “Our Country”! 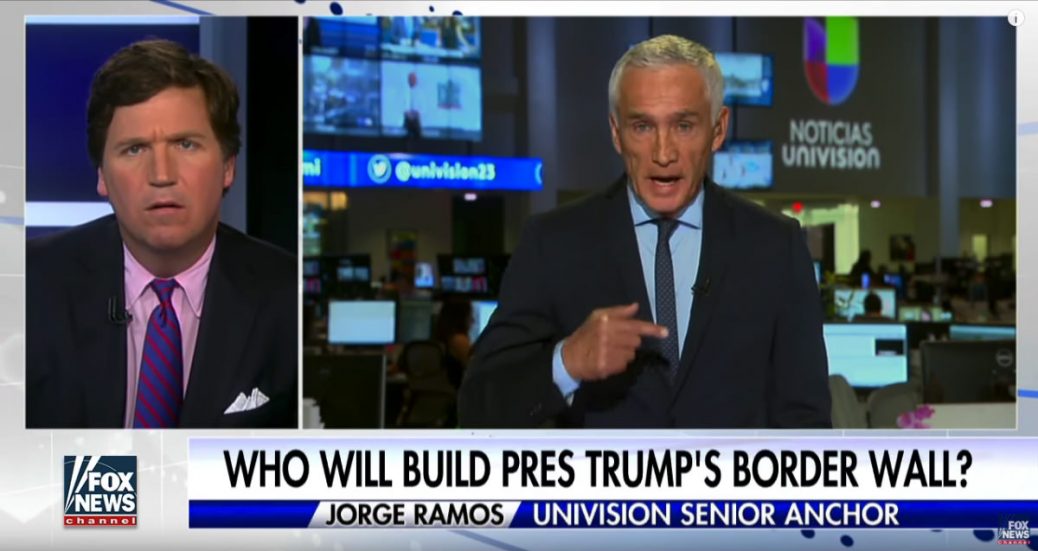 Journalist Jorge Ramos has long been one of the more popular reporters on Spanish-language American TV. He also happens to be more of an activist than a journalist these days and a recent interview with Tucker Carlson on Fox News is proof.

The two men discuss Ramos’ recent commentary arguing that whites are the true “minority” in the United States, and Carlson asks what Ramos meant when he said that this was “our” (meaning Latino’s) country.

TUCKER CARLSON: So at an event several weeks ago in February you said this, and I wanted to ask you about it, and I am quoting you. ‘I am a proud Latino immigrant here in the United States. You know exactly what is going on here in the U.S. There are many people who do not want us to be here and who want to create a wall in order to separate us. But you know what? this is also our country. Let me repeat this, our country, not theirs, it’s our country.’ Who is the us, and who is the they? Whose country is it?

JORGE RAMOS: This is our country, it is yours, it is mine and it is ours. The interesting thing is with the Trump administration and many people who support Donald Trump they think it is their country, that it is a white country and they are absolutely wrong. T

CARLSON: Let me just point out that you are white, obviously, you are whiter than I am. You’ve got blue eyes. I don’t know exactly what you mean by white or Latino but let me just ask you again to explain, “our country, not theirs.” Who is they, whose country is it not?

RAMOS: Well many people who want to go back to 1965 when there was a white majority. Many people who believe that Latinos and immigrants and refugees shouldn’t be here, that’s precisely what I was referring to.