#GrabYourWallet Boycott Against Trump is Backfiring on Liberals 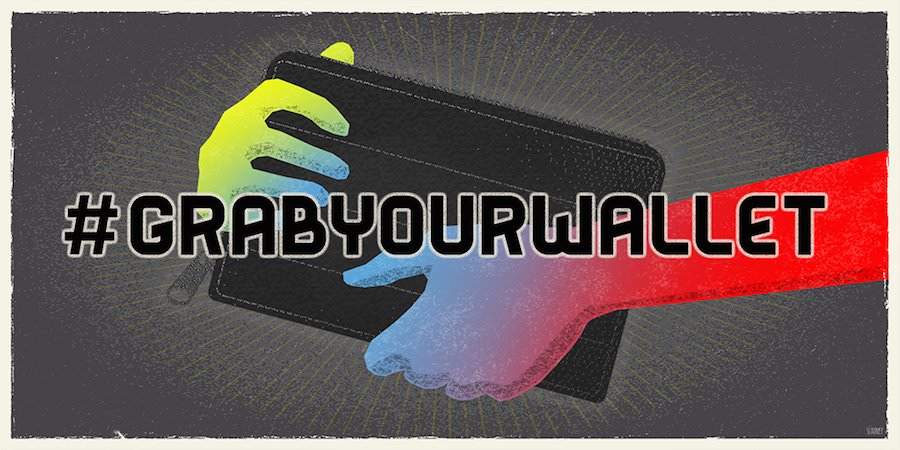 Ever since Donald Trump announced his candidacy for president two years ago, there has been constant outrage from the Left. He has consistently been attacked with the usual liberal labels—racist, sexist, bigoted, homophobic, you name it. In addition, his brands have been boycotted by many, for his alleged racism, sexism and bigotry.

Arguably the most well-known boycott campaign is Grab Your Wallet, founded by Shannon Coulter. Coulter’s mission isn’t just to destroy Trump’s brand, but the brands of his daughter, Ivanka, as well. Coulter has been relatively successful in bullying certain department stores, such as Nordstrom and Neiman Marcus, from carrying Ivanka’s product line of women’s fashion and jewelry. Grab Your Wallet has a list online of companies they will boycott for carrying the Trump brand, whether it is Donald’s or Ivanka’s products.

However, Coulter’s mission is failing. After L.L. Bean owner Linda Bean donated $60,000 to Making America Great Again LLC, a Trump PAC, Grab Your Wallet staged a public boycott of the company. Then President-elect Trump tweeted Bean afterwards, thanking her for her support and saying that L.L. Bean’s support will rise. And support did rise, as Bean noted an uptick in business since the boycott controversy began and Trump’s defense of the company.

Even more astounding are the current successes of Ivanka’s businesses. Even after the two major retailers dropped her products due to pressure, the brand’s sales have skyrocketed, the president of Ivanka’s fashion line, Abigail Klem, says. “Since the beginning of February, there were some of the best performing weeks in the history of the brand. For several different retailers Ivanka Trump was a top performer online, and in some of the categories it was the [brand’s] best performance ever,” Klem told Refinery 29 in an interview published Tuesday. E-commerce aggregator Lyst reported that Ivanka Trump sales increased 346 percent between January and February.

While these results may be surprising, this is nothing new—liberal boycotts almost always backfire. When Chick-fil-A COO Dan T. Cathy made public comments opposing same-sex marriage in 2012, there were calls for boycotts and protests, and even US mayors calling for Chick-Fil-A to close shop in their cities. Despite the backlash, the company’s sales soared. Defenders of the company held a “Chick-Fil-A” Appreciation Day,” where thousands went to the restaurants, waiting in long lines in the summer heat, only to show support for what they saw as unjust criticism by the Left. As a result, the restaurant chain had a record-setting day in sales.

Liberal boycotts don’t work. In fact, they never will, because they annoy consumers to the point that they buy the product or service out of spite. So keep it up, Shannon Coulter. I’ll be sure to invest in the next thing you boycott.