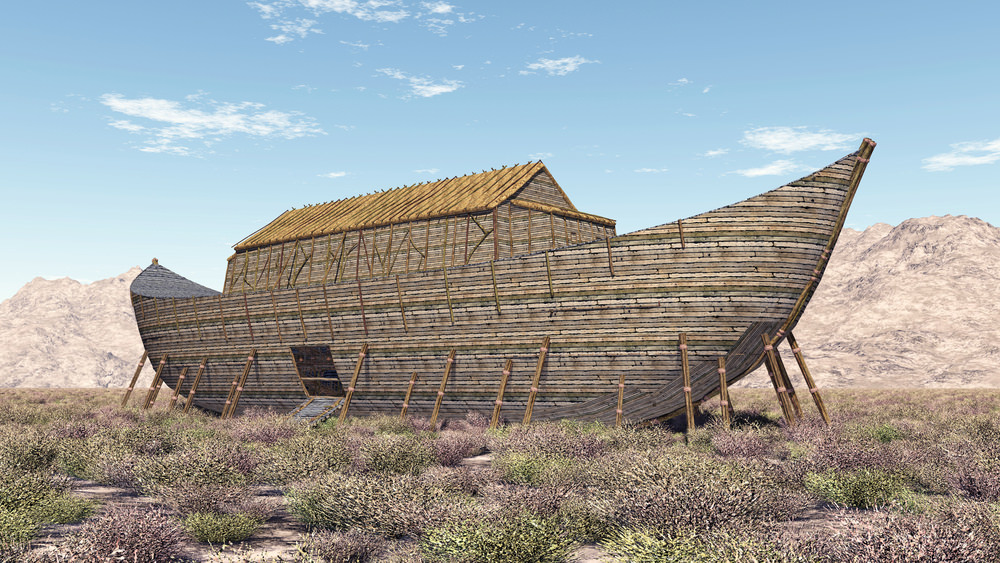 There are dozens and dozens of ark experts (some would deem them “enthusiasts”) today, trying somehow to find remnants of the infamous and long lost legendary ark. Whether one is Christian or not, it would be hard to find someone who does not know the basic story and significance of the large boat/barge allegedly built by the Old Testament patriarch Noah.

Throughout the centuries, especially over the past 100 years, many people and expeditions have claimed to find remnants or artifacts of said ark. However, there has been no concrete evidence brought to fruition. The quest for the ark remains an intense struggle and mystery.

Interest in the ark is still quite strong. Just last year a new movie/documentary called “Finding Noah” was released which followed a typical expedition team to Mount Ararat. This came just a couple of years after the Russell Crowe big-budget feature film, “Noah”.

As far as religious relics go, Noah’s ark is up there on the list of those most sought after. Perhaps only the Holy Grail and the Ark of the Covenant may be higher.

Skepticism is constant whenever someone makes a new claim regarding the ark. However, one man is pushing forward a bold theory regardless.

A Texas-based historian and archeologist (as well as the inventor of a unique imaging technology), has analyzed decades of data and former claims- some via his IMMI (imaging) technology. He has compiled pages of his findings, along with pictures and videos, to attempt to show the scientific and religious communities what he proposes. (portion below is excerpted from a recent press release)

During the summer of 2015 part of the: “Ark-Quest” team was on Greater Mount Ararat, and took a number of photographs of an (alleged) ancient architectural constructed object. Object resembled: “A Triangular ‘A’-Framed (House-Like Roof) On An Ancient Ship-Like-Hull” in ruins. Said artifact rests in a semi rectangular horizontal plateaued-like cliff shelf “hollow/ cavity” recessed into Mount Ararat. The potential vessel measures about 100 feet deep, 85 feet high, and 600 feet long. The physical location of object is on the NE side in the Ahora Gorge, at 4,139 meters (elevation), west of The Araxes Glacier Ice cave. Observations in other photos may (allegedly) depict what resemble semi-rectangular stone-like in appearance animal stalls stacked on top of each other eight rows high, from the bottom to the top of the object. From what could be seen and analyzed thus far, at each  (alleged) animal stall there is an (alleged) picture writing representation consisting of the “head and/ or neck bust” of the type of animal that may had resided there. Other photos may (allegedly) depict where ice and snow has melted back what resemble detailed animal and dinosaur like petroglyphs. More research is planned for the site. Important! Ark-Quest is not claiming this is Noah’s Ark. A paper has been published on this with a small peer reviewed publisher, and upwards of (80) or more supplemental material videos are available as well. Please review at-  http://www.journals-of-science.com/ian-home.html  , http://www.journals-of-science.com/archives1.html .

The research and expedition team, called “Ark-Quest”, hope to make the physical trek up the specific locale on Mount Ararat sometime in 2016 or in 2017. One of the main hurdles is the geopolitical turmoil in Turkey, and in that region specifically. It has always been a dangerous part of the world, and the physical status of the mountain (16,854 feet above sea level, the upper portion is always snow-capped) makes any expedition and archeological dig very difficult.

The team leader, who has worked on various comprehensive projects for the county, State, and federal government, knows that many readers may group him together with other researchers who have failed to provide objective and clear results. There also exists an attitude amongst many in the “mainstream” media that any story dealing with Christianity in a positive light is not feasible, and will be ignored.   Professionally, most fellow scientists cringe at the idea of a valid search and analysis of Noah’s ark, because the quest must assume as a starting point that the real Noah’s ark did at one point exist. That assumption is impossibility to many.

This group strongly encourages that investigation of this site be done through scientific analysis of the site- with the cooperation of Ark-Quest.   While they understand that many will brush of their findings and hypothesis, they are confident in their data and findings- as can be ascertained in full in the links above.

For some specifics as to the names and background of the team, please visit the links noted above.