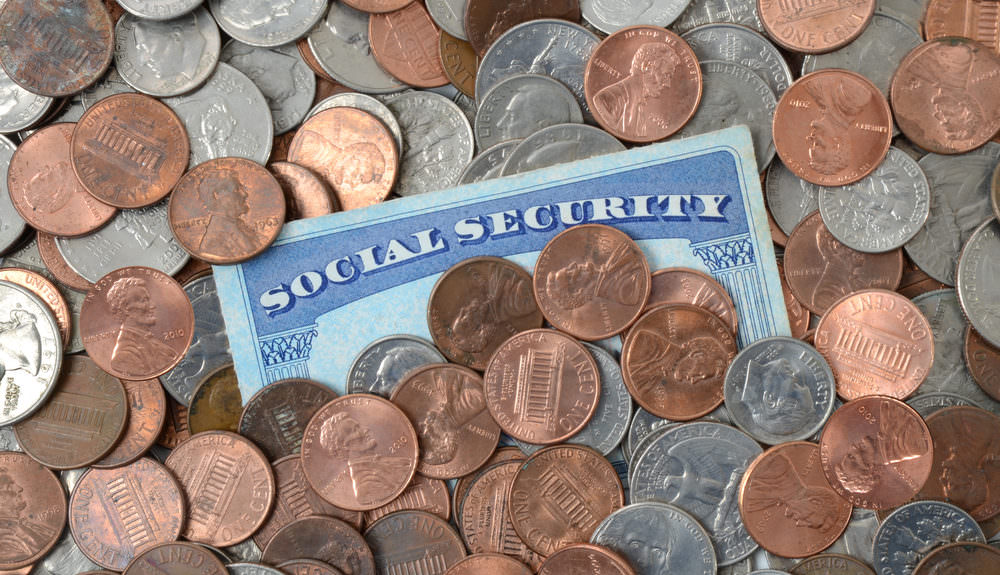 “A Ponzi, or pyramid, scheme is a financial fraud built not on actual earnings, but on recruiting a succession of new investors — whose contributions are then used to repay earlier investors in the scheme. Ponzi schemes generally collapse when new investors’ contributions cannot keep pace with cash pay-outs to early investors and to the scheme’s architects.”  ( From Law.com )

Social Security is a Ponzi scheme by this definition. Ponzi schemes are illegal, but Social Security is not .  What’s wrong with this picture?  The problem is that there are too many people in this world who choose to ignore something if it doesn’t match their wishes.  The organization of AARP has spokespersons who want to act on behalf of the elderly while ignoring encouraging a system doomed to failure is not in anybody’s interest.  They call for Congressional support of a system that is failing and is projected to fail as if the reality of what they are defending is a pay check for the elderly that can somehow be paid for indefinitely.  There are politicians willing to go along with this nonsense because if there are enough gullible voters to pretend along with them.  They can stay in office and continue to play con games.  The fact is when the money runs out the con game is over just as the definition points out.

People talk about education being a value we should provide for our children yet what good is education if the people promoting and supporting it can’t face reality, do not want to accept things that don’t match their wishes and are not willing to read and understand definitions?  The political minds of today are so wrapped up in polls and what the majority thinks, they have lost the ability to look at facts and make logical deductions. There is not one of the current politicians that can honestly say he has a solution for maintaining Social Security without raising taxes or utilizing more government borrowing.  But taxes can only go so high before tax payers look at what they earn and what is taken from them and if there is not enough to pay their bills, they rebel.

A young person entering the work force today is faced with much higher payroll ,Social Security taxes and Medicare taxes than their parents .  They are faced with higher prices and a higher cost of living.  They are experiencing inflation, tax hungry politicians at all levels and a government that is on a runaway train of spending that is hampered by interest on the national debt.  And they are being told that a Ponzi scheme is the answer to their retirement years.  How poor and distressed will these new workers have to be before they will wake up and realize that they have been had?  Politicians of today’s variety play the game of getting away with this phony charade as long as they can expect political support from dreamers that what is facing us is not really going to happen.  These dreamers don’t even look at or realize that only some form of privatization gradually implemented is the only viable solution to the Social Security problem.  No one is willing to even step up to the intimidation tactics of the Democrats and “moderate” Republicans spreading scare tactics about making rational changes in Social Security.  It is more important to be reelected than to stand up for what you know is true.  This is the mentality of gangsters.  Do what the “Boss” says no matter how irrational and criminal so you can keep your job. The “Boss” in this case is the multitude of dreamers who want what they know has to be paid for by somebody other than them.

There are many government exceptions to illegalities.  Look at the “crime’ of monopolization and look at the government run passenger railroad, the post office and the impending “single payer” health care.  And then we have a free press that is so enamored with political coverage that they overlook the fact that a Ponzi scheme run by the government that is going broke is not front page news.  There is one good thing that will bring out the truth to the multitudes of evaders and dreamers supporting this nonsense and that is the phenomena of reality.  When the checks stop coming, when the rationing begins , when the retirement age reaches 95, when the taxes exceed income then even the dreamers have to wake up and admit that something has gone wrong.  This is called waiting until its too late and the people alive facing this will wail about , “ Why didn’t somebody do something to prevent this?’

The constant vigilance that freedom requires is being manned by a pack of ostriches not seeing what is going on around them.  And they are being voted into office by people who make political judgments on the color of someone’s eyes and whether they support further wishes that need to be paid for by someone else.  The outrage that a criminal practice is being perpetuated by our government who is to protect us from criminal activity should arouse every citizen to demand reform.  We hear only a whisper by those who will never get their message on prime time.  Too many in politics and the media are so enamored with the status quo and such nonsense as the four hundred years in the future when the temperature may rise and cook penguins, that the here and now and the immediate real probabilities  can be ignored.

The redistribution of wealth seeking equality for all whether they earn anything has created a Socialism mentality without the name attached.  Social Security has created a Ponzi scheme to which the wrong name is attached.  Is this what a literate educated nation should be satisfied with?  When politicians tell you two and two is seven you wouldn’t accept such dishonesty but when they tell you Social Security is not a Ponzi scheme do you hold them to the same degree on honesty?  If not, its no wonder we keep electing the same brand of charlatans.  A child is corrected if he doesn’t know what something means and uses a word wrong. Is it too much to ask the same of a voter when grilling a politician?  Is it too much to ask of a politician to define his terms and explain how Social Security differs from a Ponzi scheme?  Or are there just too many voters who get on an ad hoc bandwagon with false hopes and trust in the untrustworthy?