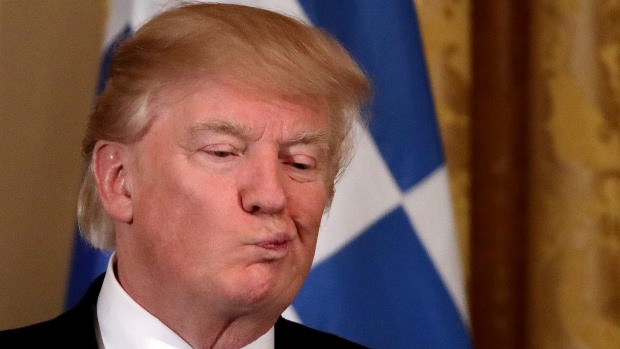 I’ve been watching the tube (that’s a television, for all you younger readers) and listening to the radio, collecting reaction to the

Ryan health insurance proposal. The Democrats aside – it seems there was strong support for the bill.

The establishment Republicans were all on board, as well as die hard Trump supporters.

Then there were the House Freedom Caucus members, who were firmly against it. The most vocal Senate opponents were the usual suspects and real conservatives, Mike Lee, Ted Cruz and Rand Paul. Count me in their camp.

Not surprisingly, virtually everyone on a certain cable news channel supported the Ryan bill – not for Ryan’s sake, but because president Trump was on board. What I did find a little surprising and a bit disturbing is that the majority of conservative radio talkers were also for the bill. Check that. They weren’t backing Ryan and the bill. They appeared to be on board in defense of Trump’s decision to support it. To me this seems misguided and frankly sycophantic.

I still hold that president Trump was sold a bill of goods by Republicans. Sure, he’s a smart guy, but even smart guys can be fooled.

We’ve heard that this was to be just the first of three phases to rid us of ObamaCare. Yet after being smoked by the Republicans year after year with broken promise after broken promise, it is astonishing that so many respected conservative talkers could think this time would be different, just because Trump is now at the helm.

Do they really think that there will be a phase two and three? And if there is, that it will resemble what Trump has promised?

The fact that none of the good stuff that Trump promised is in phase one should tell us something. The Republicans try to convince us that it must done in phases due to the complexity of the law and Senate rules and blah, blah, blah. I’m not buying this for a second. They give us lines such as the Senate Parliamentarian will not allow such and such legislation under Senate rules. This is a crock. The Parliamentarian only has such power because over the years the Senate has just accepted it as gospel.

It’s no different than the Legislative or Executive branches giving way to the Judicial without question. Also, the Parliamentarian, who is just supposed to be an adviser, not a judge and jury, can be overruled. In fact Fox News wrote that, “former Senate Parliamentarian Bob Dove confirmed the VP’s power to overrule, as do both experts in the Senate chamber — the chairman and Ranking Republican of the Budget Committee.” VP Mike Pence, as president of the Senate, can overrule the Parliamentarian. In other words, this was just another lame excuse not to act.

Late yesterday, after the RINOCare bill was pulled for a second and possibly last time, Speaker Ryan said, “I will not sugarcoat this. This is a disappointing day for us.” Yes – disappointing that you were unable to jam some phony legislation down our throats like so many of your predecessors have done.

I can only speak for myself, but I learned that there are just enough Republicans who appear to still be loyal to us and to the country, not the party, regardless of threatening consequences. This is refreshing, and gives me hope.

I would have loved to have supported the President, but I believe he was wrong to side with the establishment on this. History shows us that the Republican leadership in both Houses have proven themselves to be liars. Why should this time be any different.

I believe that if the Freedom Caucus truly believed there would be a phase two and three as promised, and in quick succession, they (and I) may have backed this measure. But the Leadership’s track record is such that they will get what they really want (or what the donors want) and find any excuse to go no further – with or without Trump’s influence.

If the defeat of this bill shows us anything, it is just what a bunch of sniveling weaklings the Republican establishment is. They had a clean, full repeal bill already written and passed just last year by a margin of 240-181. Trump would have signed it, but it was Ryan who refused to reintroduce it.

Congratulations, you jerk. You deserved to lose.