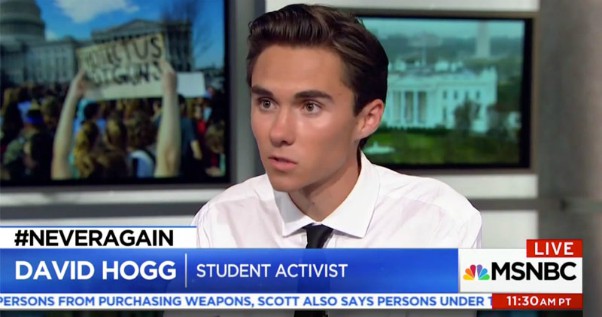 Let’s cut to the chase. Do you actually believe the facts as given of that Florida school shooting? Has anyone actually taken the time to THINK of the glaring problems with the accounts given of the attack as planted by the Soros Communist Controlled “news media”?
What was the purpose of the murderous school attack followed by national protests by CHILDREN?  The purpose is gun control. Meaning all guns must be confiscated from all citizens for, now get this, “the safety of our children.”  Now there is a benevolent switch to the narration. New tactic but very effective.
The most evil man in the world, George Soros, is also an evil genius. He has tried his best to create a reason to strip Americans from their guns by staging killings, but nothing worked.
But to recruit children to stage mass protests against gun ownership in order to protect THEM, now that is indeed ingenious.
And indeed, we are to believe that all these students in that school suddenly were able to arrange and hire buses to transport them to various capitol buildings to demand gun control with the protests instantly exploding all over the country.
Some Communists volunteered their private airplanes to transport students to various cities for protests. Examine this fact. We did.
And we noticed the protest signs that instantly appeared. This writer is certain they were prepared some time before the shooting.
I remember seeing a demonstration in Ferguson and Maryland. The signs were professionally done, thousands of them. Taking a closer look, this writer clearly saw a logo at the bottom of the protest signs stating:
CPUSA-Communist Party USA.
While visiting Italy a communist riot was taking place, destruction, chaos, fights, cars set on fire. They actually had a COMMUNIST party in Italy. We actually have one here, only it is called a different name. Here it is called, Democrat Party.
Then a very articulate, nice looking young man, David Hogg, presumably a student at the school that was shot up, like Obama, suddenly appeared and was immediately a media star appearing on everything. He claimed to be in the school when the shooting took place.
He immediately became the de facto leader of the “spontaneous” movement to demonize private gun ownership in the U.S.
Now let that soak in.
Now, as the late Paul Harvey would say, “You will now hear,  the REST of the story”.
We’ve now learned that David Hogg was nowhere near the school during the shooting. What? Where was he and how did he become the leader and organizer of the protests??  It all came together rather quickly. Too much so.
Something else of interest: It is reported that Hogg’s father is a retired FBI agent. Something very fishy in all of this. Billionaire George Soros owns most of the
government which would include FBI men.
By Soros using children to influence personal gun confiscation, by pleading for their own safety, how can most people fail to back them?  Yes, an ingenious plan by Soros
So how many non-staged school shootings over the years actually happened?
Years ago a school yard shooting took place in Stockton,California. This writer drove there to examine the school yard. By what was observed in the yard and surrounding areas convinced me that this shooting was staged.
Staged shootings for a personal political reason has an interesting history. Wars have broken out over money—there’s a lot of money in war.  Yes, MONEY. What have we become?
In 1898, The M.S Maine blew up in the Havana Harbor. A war against Spain was for some reason desired. Newspaper icon William Randolph Hearst cabled Cuba and told his workers, “You get me the photos and I will give you the war.” And the war broke out.
But here is something little known: It was discovered many years later that it was not a Spanish bomb that destroyed the M.S. Maine, killing 160 of 400 American Soldiers. It happened due to a fire that broke out in the munitions section of the MS Maine. Didn’t matter. Mission accomplished.
Since this Florida school shooting has turned into a national protest, led by children, financed by George Soros to provide a reason to disarm all Americans—and considering his skills, what do you think?
ANALYZING TODAY’S NEWS FOR TOMORROW’S HISTORY