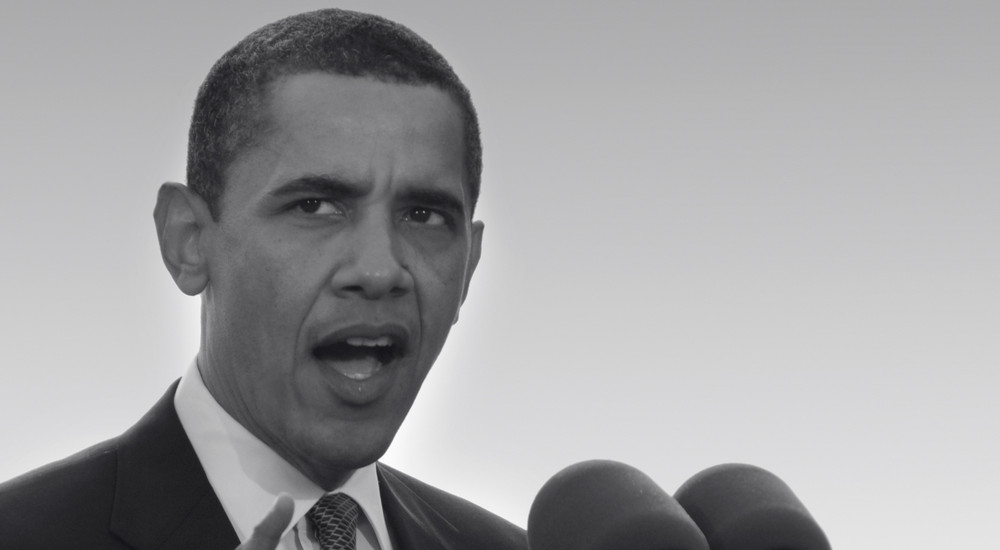 Either Obama is the stupidest man ever to hold the title of president, or he is purposely trying to destroy this country as we know it.

He got elected on the premise that his election would forever still the voices of racism, but when he got elected he began a campaign to inflame the fires of racism that is still raging. Especially black racism against whites. When a good cop shot and killed a giant thug in Ferguson, MO who was trying to kill him, Obama led the charge to demonize the officer with the chant, “Hands up, don’t shoot,” when he KNEW the details of the case were not as reported. In so doing, he ruined this good cop’s life, and caused many riots, hurting many people. In Baltimore, MD, he talked up the effort of a misguided local state’s attorney to demonize six cops for the death of a criminal who killed himself by accident while attempting to frame the cops.

He is systematically destroying our military in several ways. First, he is instituting “rules of warfare” that are getting our soldiers killed. He is cutting funds to support the military to such an extent that they no longer have proper equipment to do their jobs. In one instance, two out of every 18 helicopters in one part of the armed forces are airworthy, while the others sit on the ground, for want of parts to make them airworthy because of budget cuts. Their pilots are lacking enough air time to stay airworthy because of a lack of helicopters to fly. He has ordered the military, on several occasions, to “cut and run” from the field of battle, leaving all their guns, ammunition, and equipment for the Islamic terrorists to steal and use to kill innocent people.

He refuses to acknowledge the war we are fighting against Islamic terrorism. He will not even use the words “Islamic terrorism.” He makes every excuse to call the acts of Islamic terrorism other than that in this country by misnaming it. He is importing what he calls “Syrian refugees” by the hundreds of thousands, almost all of which are Muslim men of fighting age, with no women, children, or elderly. The number of Christians among them is minuscule and are only there so he can say they are there. He is even paying their way, with our money. Several times he has actually run guns to the Islamic terrorists and the Mexican drug lords.

He is allowing illegal aliens into this country by the thousands and ignoring those already here by ordering his immigration agents not to keep them after they arrest them, releasing them into the countryside. Among them are many violent criminals who prey upon our citizens, and they are under his protection. He is promoting “sanctuary cities” by doing nothing about them, even though they are violating the law by existing as sanctuary cities, who refuse to enforce laws against illegal aliens.

He is releasing violent felons by the thousands while doing everything he can to destroy our ability to defend ourselves against them. At the same time, he is releasing captured Islamic terrorists every day, so they can go back and continue their work of killing innocent people. And he knows they will do so. He is planning to close the main prison for these killers without any provisions for holding others people die to capture. To facilitate this, he is slowly releasing all of their inmates to go out and kill some more. By so doing, he has destroyed the morale of our fighting men/women everywhere.

And that’s not all he has done. There is a lot more I either don’t know about, or just can’t remember, the list is so long. Is he doing all this purposely, or is he just stupid? I don’t think he’s stupid. I think he’s just evil. I think he was born to do just what he’s doing. He was born to a communist mother and father; he was raised in a Muslim home, educated in Muslim schools by Muslim extremists who subscribe to communism because it suits them. He appeared out of nowhere to sweep Hillary aside in her first attempt to become president, with ample financing. Who financed his “rise to power,” and why? He is today’s “Manchurian candidate,” chosen to destroy this country in every way he can so it can be taken over by collectivists, who couldn’t “rise to power” in a free country, except by subterfuge and trickery.

We need to get rid of this menace as quickly as we can – the new President cannot be elected quickly enough. We need to do something to nullify his every move until then. If we don’t we are going to find ourselves in the same place Russia found themselves when they elected Vladmir Lenin president and began their 75 years of misery under communism. Everything he does seems to go unnoticed by people who can do something about him. Republicans “look the other way” and do nothing to “rein him in.” Somebody has “gotten to” the “powers that be” in the Republican Party so they don’t oppose the daily outrages he commits.