A Warning to All Freedom Loving Americans 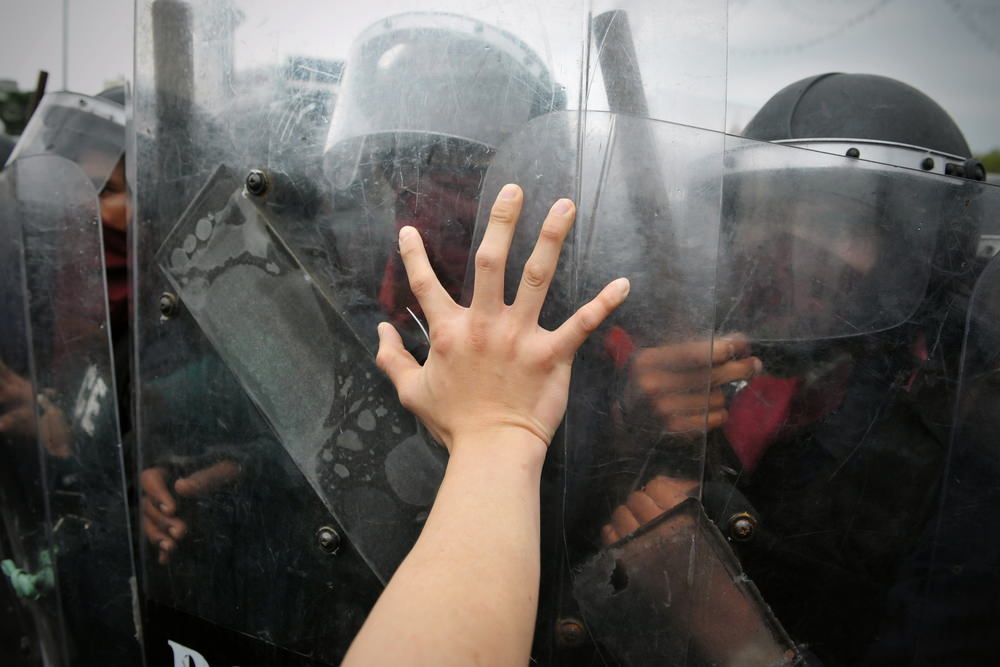 I will admit to all that I rarely watch television. It is my personal choice and is really a reaction to the manipulation of the mass of people by intentional liars. As the great media thinker and professor of communications theory Marshall McLuhan said – “The Medium is the Message”. Whether we are observing gangs of violent protesters whose signage bears a message or viewing the highly edited clips of terrorists posing as private citizens engaged in violent episodes and the murdering of the civilian populations into which they will ultimately blend – we see a pattern. The pattern is simple yet profound. The news and views that we are fed are there to tell a story and implant in us an understanding of reality that reinforces the views and philosophies of the media folks who no longer report the news but are now like the keepers in the zoo – feeding the captives whatever they see fit to share.

McLuhan understood the power of media and was one of the first voices to echo the warnings of the Founding Fathers about the manipulations possible by a government that no longer trusts its citizens. What we see happening on our television screens and through our internet feeds is a government approved propaganda and becoming increasingly rarer, the independent voice that shouts loudly “The Emperor Has No Clothes”. The demonization of the independent thinker, the watchman on the wall, is easily observed when you look at the recent events in the lives of those whose influence the government seeks to diminish – Dinesh D’Sousa, is a prime example. A voice raised that exposed the cabal of manipulators and needed to be silenced – the result – jail time. That is an extreme example, but there have been instances of the effective voices being visited by “the men in black” in clear intimidation of the effective communicator.

I have heard from many of my internet cohorts of their opinions and observations from across the world. I have also heard from many in the alternative media who share my view that we are being spoon fed lies to effectively silence the dissenting opinion. If they are not feeding you lies and you are a voice with reach, they then target you and seek to silence you. How do I know this to be true? My own trial is coming up in September. Has my arrest and entanglement with the legal system in Canada silenced my voice? No, but it has put a very large dent in my pocket book as hearing after hearing and lawyers meeting after lawyers meeting (I have another one today) gobbles up tens of thousands of dollars. Soon there will be a resolution to this nightmare. Freedom or jail. Simple and sad.

To the uninformed (aka – the ignorant) I warn you that to put your trust in government that so easily feeds you and houses you and then turns around through their community organizers, expects you to join protests and attacks on Constitution loving citizens is the sign that you are seen as “useful idiots”, marked for early extermination when your usefulness is finished. Your day in the sun and spotlight will be replaced by the reality of a regime that will put you down like a rabid dog. You have been warned.

Former Educator in Canada, the USA, and the Peoples Republic of China.