The Myth of Republican Conservatism 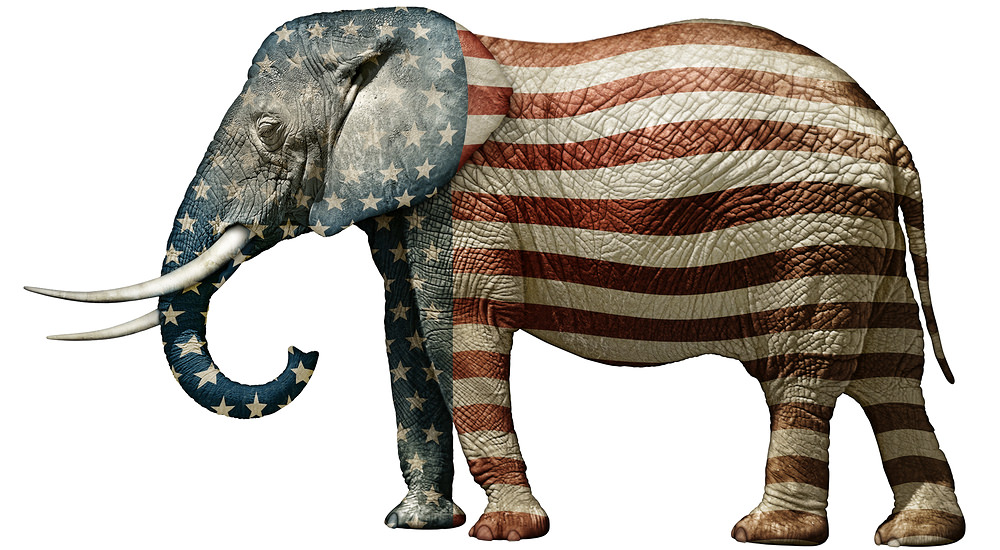 A couple years ago, while reading an article about some internal strife in my state’s Republican Party, I was surprised to read that, “the state GOP has a policy of not endorsing one Republican over another.” I had noticed that this seemed to be the party’s practice, but didn’t know it was an actual policy.

You see, in my view, it is the duty of a political party to select it’s own candidates, or at least to inform the voting public, and party supporters, as to which candidates actually meet with the party’s approval, and, it is hoped, conform to its platform. This is especially important in a state like mine, where anyone can have their name placed on the ballot as “Prefers Republican Party,” or any other party for that matter, including the occasional fictitious party name. It seems to me that if a party desires to maintain an appearance of actually standing for something, it would want to make sure it is being represented by candidates who adhere to certain values. Nevertheless, it appears the Republican Party would rather be represented by, and be defined by, anyone under the sun who places their name on the ballot and gets enough votes to win.

You can understand my surprise when, a few days ago, I receive an email from my state’s Republican Party chairman directing people to a list of candidates to vote for in the primary election. No, I’m not a member of the R party and never have been, but they insist on sending me mail and email anyway, and even the occasional membership card, which I quickly dispose of.

But wait, I thought my state’s Republican Party didn’t give endorsements, so what’s with this list of candidates to vote for?

I noticed that the link in the email said “To see a list of Republican candidates, click here,” so I thought maybe they’re just providing a list of everyone who is running as a Republican. However, as I began to look over the list, I quickly noticed that they had only one gubernatorial candidate listed when there are three Republican candidates on the ballot in that race. Similarly with the U.S. Senate race, four R’s are running, but only one is recommended on the Republican Party list of candidates. So, evidently the party has changed its policy and is giving endorsements… right?

As I scrolled down the list of R party-recommended candidates, I discovered two candidates listed for the state treasurer race, and indeed, there are two R candidates on the ballot. They also listed all four of the R candidates running for Lieutenant Governor. So now I’m really questioning what their policy is for who gets on this list and who doesn’t. But wait, it gets even more confusing.

My next theory was that they might be using a vetting process and only listing the candidates who meet some sort of minimum criteria for conservative values and adherence to the party’s platform. That theory was quickly exploded when I noticed that they listed all four of my state’s incumbent R party U.S. Reps. Looking at three different conservative, Constitutional and liberty-oriented score cards (Conservative Review, Heritage Action, Freedom Index), the ratings of those four representatives range from 64% down to 31%, or in other words, from pathetic to downright abysmal.

It’s worth noting that back in 2003, I added up the Freedom Index scores of every member of Congress, then averaged them by party. The Democrats scored 32% for liberty, Constitutional adherence and fiscal responsibility that year. That means the Republican Party is now encouraging its supporters to “re-elect” incumbents whose voting record is equal to that of the average Democrat of just 13 years ago.

In my quest to make sense of this official Republican Party listing of candidates that I’m supposed to vote for, I next looked up a few people who I know to be strong Christian-Constitutional-Liberty candidates who are running as Republican this year.

Two-time Super Bowl champion turned farmer, Clint Didier, is running for the U.S. House. Clint brings a bold Christian testimony and the message of strict adherence to the U.S. Constitution. He is running against a Republican incumbent with a 36% conservative rating. But, alas, when I looked in the official R party listing of recommended candidates, they didn’t even list Clint as running; they only urge support for the incumbent who, by his voting record, would make a good Democrat.

Next, I looked for my friend Mary Ruth Edwards, a school teacher and strong advocate for traditional conservative values who has even taught the Institute on the Constitution to constituents in her district. Mary Ruth is making her third run for a state house seat. She has spent several years crisscrossing her district, attending Republican meetings and speaking at all manner of conservative events. Surprisingly, despite Mary Ruth’s high profile in her district, the R party didn’t even notice that she was running and failed to include her on their list. In fact, of the seven people running as Republicans for the three legislative seats in that district (2 house seats, 1 senate), the only person the R party took notice of, and is encouraging conservative voters to support, is a former Democrat turned Republican who is now the incumbent senator and who sponsored and publicly advocated for my state’s same-sex marriage law.

I’m sure the grand old R party has some sort of policy or procedure for determining which candidates to place on their list and which to ignore, but I sure can’t figure out what it is. The only pattern I can find is a firm commitment to staying in power by encouraging the re-election of all incumbents, no matter how unconstitutional and unconservative they are. There also seems to be a pattern of refusing to recognize the existence of candidates who 1) acknowledge God, 2) call for strict constitutional adherence and 3) champion the principles of liberty. Beyond that, it’s pretty hard to figure out what the Republican Party stands for, though it is becoming more evident what it does not stand for.

Robert Peck lives in Spokane Valley, Washington, where he is occupied in property management and is an advocate for the political values of Christian Constitutionalism. He serves in the Constitution Party, publishes articles and provides technical support to several podcasts and websites. Bob enjoys the outdoors, including hiking in the woods and riding his motorcycle down the quiet back-roads of the Inland Northwest. However, most of his time and energy is devoted to those activities that Honor God, Uphold the Constitution and Contend for Liberty.