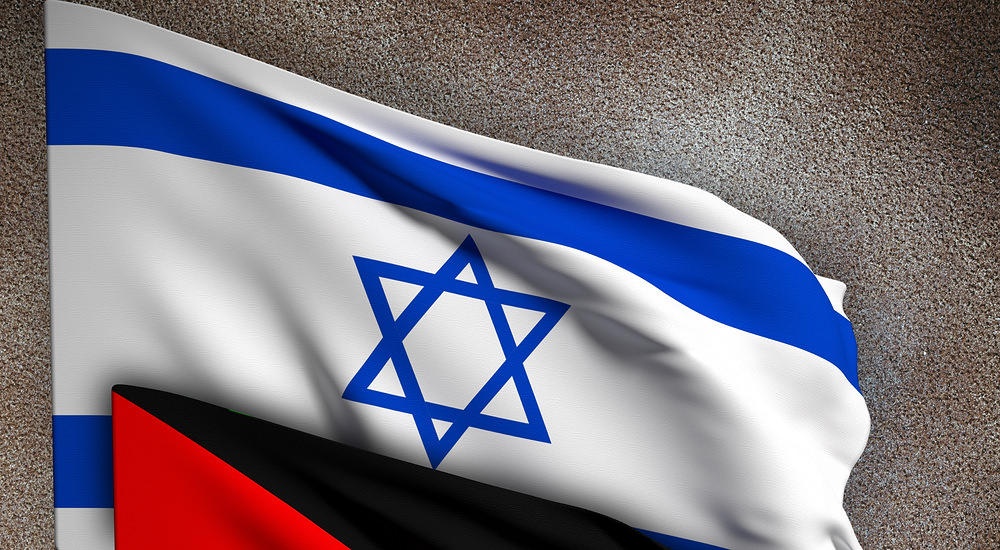 I have observed and studied the ‘Palestinian question’ for a few decades, and have witnessed blatant propaganda and deception being used as a basis for ‘news reports’ around the world. My interest is not so much ‘pro-Israel’ (though I am), as pro-truth. Those of us who write publicly have a duty to speak truthfully, otherwise we are guilty of fanning the flames of an invented phoney war. The UN Security Council mainly consists of Islamic nations and other nations who are prejudiced against Israel – Jews being the favourite punch-bag throughout history for anyone who wishes to find a scapegoat. At every meeting Israel is cited for alleged crimes against humanity, though they are either illusory or invented.

The state of Israel was developed and enabled by international law, and was even agreed-on by the same Islamic countries that now condemn Israel for simply existing. Also, the land given to the new state of Israel was far greater in size than it now has, thanks to Palestinian hatred. Interestingly, the ‘state of Palestine’ does not actually exist. It is inhabited by a mixture of Arabs from a variety of lands, many of whom benefit from the juxtaposition of Israel, whether from jobs, healthcare, grants, or even acts of kindness. Yet, every day, Jerusalem and Israel as a whole are under attack by individuals who try to kill Jews (and sometimes fellow Muslims). The death toll is already too high; even one Israeli death is too many. On many occasions Palestinian zealots invent stories of Israeli atrocities against them – too many to mention in this brief article. Though invented there are plenty of blindfolded anti-Semitic journalists who swallow their lies whole. These lies are taught to ‘Palestinians’ from birth.

In schools, children are taught how to commit violence, always directed at Jews, first in the classrooms and then for real when they are old enough to throw stones. Later, they join Hamas or simply kill Jews when they feel like it. No-one complains internationally, so Israel puts up with it. Without doubt, Israel’s responses to ‘Palestine’ have been very restrained. It is probably the most balanced and restrained nation on earth, considering the many forces against it for no real reason, except that it exists. Yet, even so, the UN Security Council continues to trash Israel, time and again, without proof for its allegations. The number of times I have seen actual video footage of alleged ‘atrocities’ by Israel, showing the actual cause to be ‘Palestinians’, is vast! Where is objectivity? Where is genuine journalism? ‘Palestinians’ (and journalists) are so brainwashed, they refer to Israeli towns and cities as ‘occupied’ and those who live in them as ‘settlers’. In reality, it is Palestine, a non-country, that is ‘occupied’ by many thousands of migrant Arabs, who are ‘settlers’. They steadily and continuously ignore international law and send rockets against Israel any time they wish, usually from hiding places amongst residential areas, schools, etc. In return, Israel warns those areas that people should move away because of coming military retaliation, but Hamas threatens the people so they stay – and so Israel is accused of bombing residential areas! All of this is available material from many sources.

The PA refuses to prepare its people for peace, or to accept the existence of Israel. Rather, it works against peace and encourages violence. This has been happening for decades, and when you are taught this kind of rhetoric from toddler to adulthood, you tend to believe it. This is what happened in Germany, leading to the death of six million Jews. Today, Muslims (not just ‘Palestinians’) do the same job and the world watches with disinterest. Words and meanings are twisted to suit the Islamic brand of ‘truth’, which is very different from genuine truth. Thus, everything about Israel and Jews is portrayed as negative (Gatestone Institute: ‘The Palestinian Lexicon’). Negativity reproduces negativity, lies lead to more lies, and these lead to violence and death, to the shame of ‘Palestine’ and all Islamic states that support it. While the people are led by the nose, they fail to realise that at one time the PA and Israel patrolled their borders together, even communicating by radio. By order of Arafat, they joined forces against terror. One senior security official said “Yes, we signed an agreement that recognizes Israel, but most of our officers and policemen still have a real problem mentioning the name Israel.” (Gatestone).

The same refusal to say the name ‘Israel’ or ‘IDF’ continues, to the detriment of good relations, even though the PA still supposedly commits to joint patrols. So, the PA stubbornly refers to Israel as the ‘State of Occupation’! For this reason modern ‘Palestinians’ refuse to use the name ‘Israel’, but keep violence in mind. Many other derogatory terms are used to describe Israel and Jews – and this kind of language twisting is always a first step in dehumanising a people as a prelude to genocide. Those with only a slight knowledge will listen to ‘Palestinian’ messages in English newspapers or worse, the BBC. The same messages in Arabic tell a very different story, of violence, PA disregard for international law, and for treating Jews as hated people (Khaled Abu Toameh, Jerusalem journalist).

As I have already said, this is a throw-back to Germany and its march towards death camps. How much longer will the West tolerate this wicked form of language corruption and misinformation?