Michigan’s Whitmer and Gilchrist — The Most Radical Ticket in America? 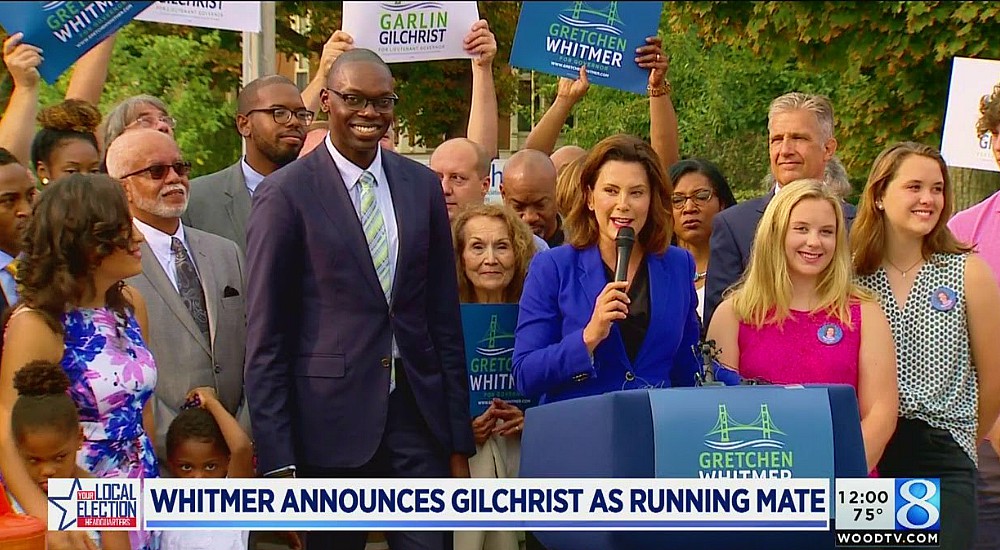 There is an old saying in politics that states, “As goes California, so goes the nation.” California’s recent declaration as a sanctuary state for illegal aliens is putting the saying to the test as voters in Michigan will soon decide whether they will join with the Golden State in adopting this inane, dangerous policy.

Advocates of open borders have pushed “sanctuary city” and “sanctuary state” laws as a means of hindering the federal government from enforcing immigration law.  California’s law bars forbids state and local law enforcement agencies from working with or even providing information to federal immigration authorities.  In other words, California is a safe haven for those who not only violate the law by entering the country illegally but for those who may have committed felonies while in the country.

Democrat politicians in California are so enamored with this policy, that the mayor of Oakland, upon hearing that the federal government would be taking action to enforce the law, tipped off local immigrant activists allowing criminals to escape the grasp of law enforcement.

Michigan voters now must determine whether they will follow California’s lead. That’s because the state’s leading candidate for governor and her running mate are open border advocates who argue not only for sanctuary status but for the elimination of law enforcement agencies that protect the border like the US Customs and Enforcement (ICE) agency.

Gretchen Whitmer, the Democratic nominee for governor, was asked specifically whether she wants to eliminate ICE and answered in the affirmative.  This is sheer ideological lunacy.

As a border state, Michigan has its share of law enforcement issues that a non-border state might not face. Michigan has been stricken by the opioid crisis as many smugglers can cross the border from its northern neighbor to introduce illicit drugs into the community.  In Michigan, the number of deaths due to drug overdose exceeds the number of deaths due to traffic accidents.

Michigan also has a hub of human and sex trafficking, ranking only behind Nevada as the state with the most incidents of sex trafficking. Recently, in Oakland County, police working with the US Marshals Service, conducted a sting operation which rescued a remarkable 123 children.  Such an operation would be barred if Ms. Whitmire is elected governor.

There is little doubt that immigrants have, and will continue to play, a critical role in shaping America’s future.  However, that does not mean we should turn a blind eye to the reality and costs that often come with unimpeded and undocumented immigration.

President Trump proved his wiliness to break from big business and the Chamber of Commerce types who demand more low wage workers. He has steadfastly fight for more protection of our borders, as he promised he would during the 2016 presidential campaign. Michigan was among a handful of states that broke with their long-standing support of Democratic candidates for president to support Mr. Trump.  It makes little sense for the same voters today to support candidates like Whitmer and Gilchrist who want open borders and no enforcement of our immigration laws.

We have come to expect California with politicians like Jerry Brown, Maxine Waters and Kamala Harris to advocate for open borders, higher taxes and the elimination of critical government agencies that protect the homeland.  We should not expect California-style liberals to win in blue-collar Michigan.

Tim Lyng is co-founder of The Remembrance Project where, alongside his wife Maria Espinoza, he has served as the President of the organization since its inception in 2009.