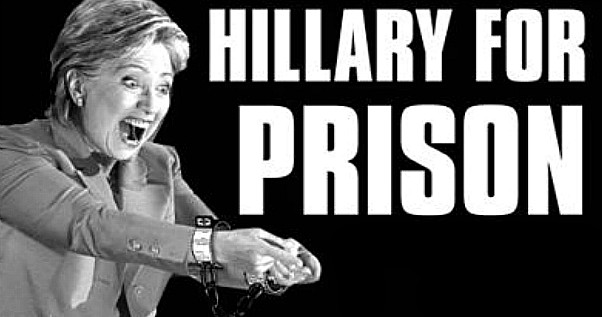 After almost 3 years of investigating, and finding nothing, one has to wonder what all of this Russia fearmongering was actually about.

So, will the media invite those Democrats back on their shows to answer for their lies?

Thankfully, there are still a few people looking to keep the 4th estate, and their Democrat pals, honest.

Speaking of the Mueller probe’s media coverage, FOX News’ Tucker Carlson had this to say:

“This has been a disaster. How can we let the people who are responsible for it continue as if it never happened? How can Eric Swalwell and Adam Schiff keep their seats in the House of Representatives? They should resign. How can Jeff Zucker remain at CNN after we now know that much of what his network told us for two years is a total lie? And it is a total lie. And what about the victims of this monstrosity? There are many.”

“After all of this, years of it, not a single American citizen has been charged with anything related to Russian collusion. Not one person. Not Michael Flynn. Not Roger Stone. Not George Papadopoulos. Not Paul Manafort. Not Carter Page. Not Donald Trump.

Many of these people have had their lives ruined by the Mueller investigation. Some could die in prison. Not one of them colluded with Russia.

The people on TV have been lying to you. They will deny it now. They will tell you it was always about Trump’s taxes or some foreign real estate deal or hush money he paid to a girlfriend. That’s a crock. This investigation was always from day one about collusion with Russia, about betraying this country. They told us that for years.

The Mueller investigation is over as of tonight, but the wreckage remains. For the sake of this country, let’s clean it up quickly and move on.”

Laura Ingraham, joined her FOX News colleague and wondered much the same:

“What you said about the need for consequences and repercussions. It’s just like things with Jussie Smollett or UVA rape case or what happened with the Kavanaugh leaks. There needs to be repercussions. Either the public needs to decide maybe we should watch something else. Or there needs to be a criminal investigation by [Attorney General] Bill Barr into how this all went down. The FISA warrants, the leaks that happened, all of this stuff has to be looked at. This can not happen to another president.

The prosecution state becomes so big and so powerful, a mere accusation can turn your life upside down…”

“How can Jeff Zucker continue to run that channel after what we just saw? They brought in newly released people from the government who had run our agencies who clearly were getting information about this investigation and putting it on the air as propaganda and it turned out to be lies. How can you do that?

Really well thought of people, smart people are throwing the word treason, traitor, the guy should be in handcuffs, he should be led out of the Oval Office. All of these people tonight should look at themselves in the mirror and think maybe I need to reexamine about how I speak on these issues in the future…

I think they’ll (the media) nothing from this, sadly. Maybe some of the smarter folks like [Jon] Meacham will. But I think now it will turn to — it’s not transparent, [Attorney General] Barr was brought in to be the cleanup man here. This isn’t a serious review… Like we’re seeing with the socialism lurch, they’re lurching toward socialism, slouching toward socialism. I think in this case, they are going to be in a very precarious position with the internal anger from the activists who thought, ‘We finally got the road runner!’

I think they are going to freak and I don’t think much is going to change. But it means they are going to move more radical on the policy front and try to whip up more enthusiasm that way. I don’t see what else they do.”

Maybe the media had a reason (other than just destroying a Republican President) for bungling the Russia investigation coverage.

Like, maybe they were trying to help Hillary Clinton cover up her own collusion crimes?

“…We do know the general prosecutor of Ukraine, the equivalent of our Attorney General, came on our show this morning and said the following: There’s enough evidence for me to open up a criminal investigation into the illicit effort by a Ukrainian to try to influence the U.S election in favor of Hillary Clinton.

That’s a profound statement coming from the top law enforcement official in Ukraine. Why is that important? There’s a court in Ukraine that has already concluded that Ukrainian officials linked Paul Manafort’s financial records to try to sway the election. You haven’t heard anything about that in the American press, but that ruling occurred recently.

And then a parliamentary member comes out and says he has a tape of these law enforcement officials saying they did it specifically to help Hillary Clinton. That becomes the foundation of the Ukrainian investigation.”

Was the media trying to cover up another Hillary Clinton criminal act? Sure looks like it.