The March of the Deplorables – Your Gift to President Trump 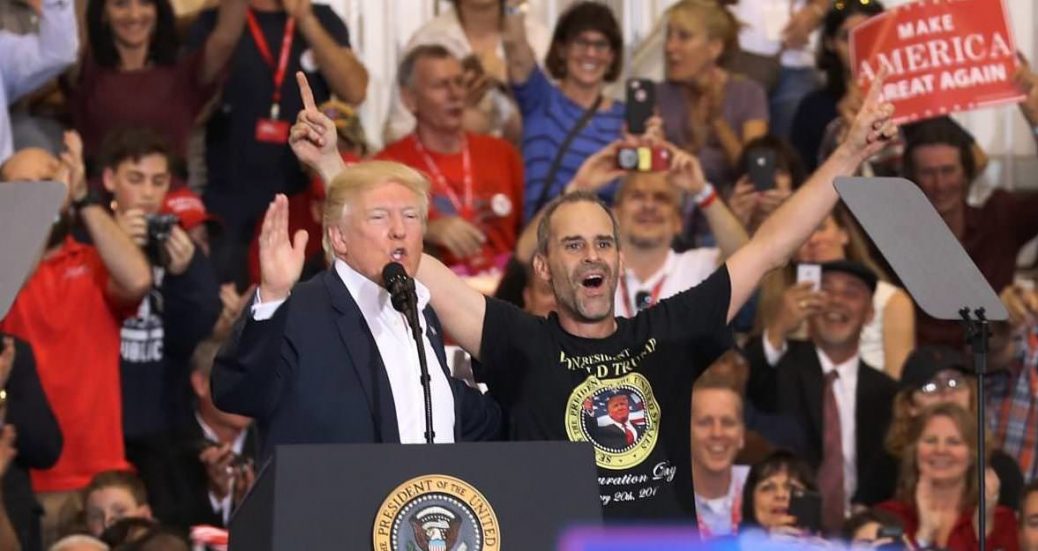 I just spent a wonderful weekend with patriots from around the nation who had gathered to discuss important matters of national policy.

These were policies designed to be respectfully suggested to the White House, as well as policies that the members and the organizations they represented could implement. All of these policies represented the conference’s goals of advancing freedom, reducing the size of government, and restoring America to her place of honor on the world stage.

During an interactive forum session that I attended, one gentleman suggested that we all make a special effort to encourage our new president. Present at the conference were Conservative news media, current and past politicians, businesspeople, and passionate Conservative activists from the private sector. Everyone agreed that Donald Trump had done a wonderful job in his first month in office of keeping the promises that he had made to America. And many made statements that they would hold his feet to the fire should he waver in promoting and preserving Conservative principles.

The gentleman mentioned above agreed that this was a proper stance for every citizen. But he mentioned that the Liberal establishment and media had – predictably – been working overtime to tear Mr. Trump down and savagely attack every proposal he has made. They have even attacked his actions when they were initiatives that they had themselves pushed in the past. His thought was that, even though Donald Trump is a tough man who can handle personal attacks, he would appreciate acknowledgement from us for the great things he has done, and is doing.

This is Biblical. The Bible admonishes us in Romans 13:17 to give honor to those to whom it is due.

During the meeting I was introduced to a wonderful opportunity for individual patriots to communicate directly to the president their appreciation for all the sacrifices he made to become president, and for all the tremendous work and energy he has already put into making America safe – and great – again.

Many of us have been involved in writing and sending hundreds of thousands of articles, letters, tweets, Facebook posts, and so on to show President Trump our appreciation. And I am sure that he cherishes the small percentage of these messages that he has time to read. But these electronic messages will mostly be lost among the huge volume of their numbers.

Marnie Freeman, The Artist of Liberty, has conceived of a tangible way in which thousands of Americans can personally show our president that they honor and appreciate him. She plans to present him and Vice-President Pence with a masterpiece titled March of the Deplorables. You can be part of this by having your name attached to the painting. It is even possible to have your face included in the painting of “deplorables” marching in support of our nation and its new president and vice-president.

Marnie is the wife of my good friend, Kevin Freeman, the NY Times best-selling author of “Secret Weapon” and “Game Plan”, and a well-known patriot who has done amazing work keeping our nation safe. He is the nation’s leading expert on economic warfare and financial terrorism who has briefed multiple intelligence agencies (including the FBI, DIA and DARPA) and a host of government agencies and legislators charged with protecting America. But I have a feeling that once this painting has been hung in a place of honor Kevin will be known as the husband of Marnie Freeman.

Marnie is an extremely talented and successful artist who has painted many works of art that honor our nation, its founding principles, and its values. She doesn’t just paint beautiful pictures. She captures the heart and soul of America in her work. Some of my favorites include “One Nation Under God,” “And Justice for All,” “Pray for the Peace of Jerusalem,” and “Jefferson at the Capitol.”

One of her painting so struck the late Supreme Court Justice Antonin Scalia that he hung it in his chambers. Another was presented to Glen Beck in honor of his work on behalf of Israel. Still another depicts Attorney General John Ashcroft humbly kneeling as he was sworn in as the chief law enforcement officer of our land.

Marnie has a unique talent for including sub-texts and even modern-day people in her paintings. For instance, she included Glen Beck’s family as part of the painting she presented to him.

Which brings us to the most important aspect of this project. Most paintings are commissioned by individuals or institutions. This will be Marnie Freemans first project commissioned by – you. The Freeman’s are blessed with many wonderful friends in high places. One of them, or a small group, could commission the entire painting, and I’m sure President Trump would still appreciate the beauty of the painting and the strong message it sends. But Marnie wants Mr. Trump to know that thousands of Americans participated in honoring him in this unique way.

She is using social media to make this happen in a way I have never seen done before. Depending on your level of participation you will receive various “perks” associated with the project. For a donation of as little as $1, your name will be listed on the back of the painting as a contributor. For $35 you will receive a print of the painting. For not much more you will get a signed, limited edition print. You can also have your name engraved on the title plaque on the frame. And – this is fun! – you can even have your face or the face of someone you want to honor painted into this this work of art, along with some very famous “deplorables”.

This concept is called “crowd funding.” It has been around for a while, but Marnie has taken it to a whole new level with her creativity. You have about three weeks to participate, but don’t wait. Many of the perks – for obvious reasons – are limited to small numbers of participants.

The election of Donald Trump and Mike Pence has been called the “Miracle Election.” What better way to commemorate it than by the very “deplorables” who worked and voted to be part of a beautiful and tangible remembrance that will last for centuries and be seen by hundreds of thousands.