Made in China Apartments New Concept 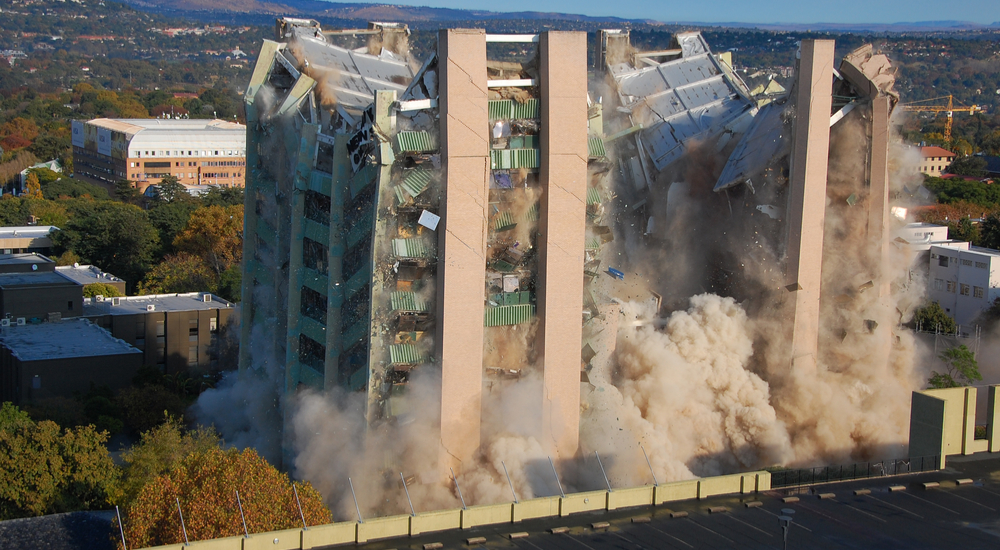 My favorite emails come from Bob and Geri Boyd, hosts of the national radio program, Issues in Education. Like me, they both get a kick out of things and love animals.

Their email this morning had me laughing so hard that I could not type. I’m still laughing. It is a legitimate notice of an apartment building ‘made in China.’

The Chinese construction workers built an 11 story apartment building. After it was constructed, they suddenly remembered that there needed to be a garage for tenants…..so….they brought in the bulldozers and other heavy equipment and started digging at the foot of the building and under it…32 feet deep, piling the dirt next to the building.

We would have thought that the garage would have been dug out first, and THEN construct the building over it. But this is an entirely new concept that cancels out our traditional thinking.

As they were digging, the building began to creak, and tilt until the entire apartment building was lying on the ground intact, which means the apartments were constructed well. None were damaged.

However, even the most hearty of men would not be able to stand at the end and push and pull it back up. The success of that effort would be unlikely.

Now what to do with the apartment building stretched out on the ground.  We consulted the MilesTones department to get some ideas of how to market the apartments.

Here are the suggestions:  Herald it this way:

State of the Art ‘Made in China Apartments.’ A unique lifestyle.

Every apartment is a ground floor apartment. One can park directly in front of each apartment.

No stairs to climb or elevators that break down.

Easy to let your pets out at night.

One can ride a scooter down the hallways to visit any neighbor in the apartment complex without having to go outside.

These are the new 21st Century Apartments at reasonable prices.

Prices you can afford. Indeed, it is a steal.

Anyone who would like to invest and bring this concept to America should contact MilesTones. These could be constructed in Arizona, Nevada, Utah and Texas.