The Cabal Knows All 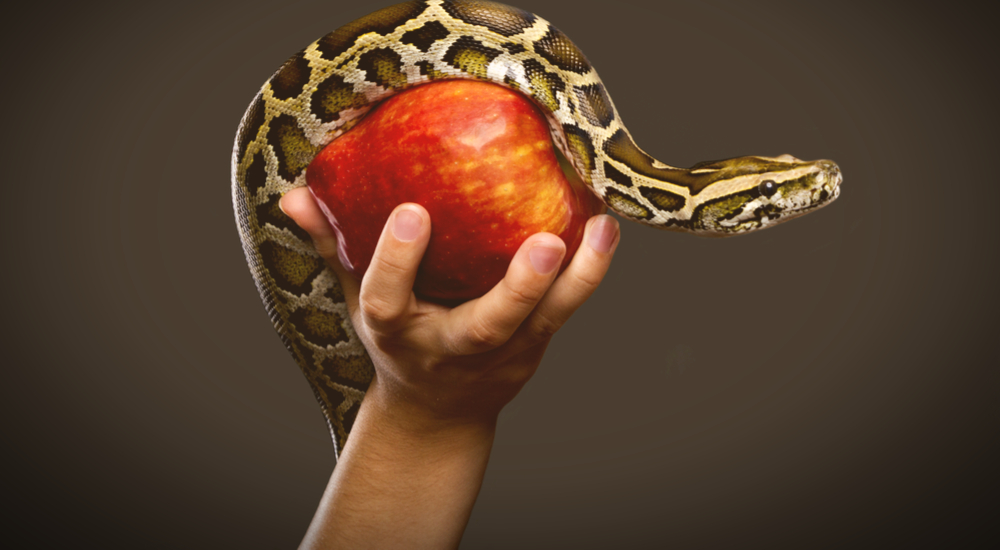 In the Gospel of Luke 4: 5-7, after Jesus fasted in the wilderness, the Evil One led him up to a high place and showed him in an instant all the kingdoms of the world. And he said to him, “I will give you all their authority and splendor; it has been given to me, and I can give it to anyone I want to. If you worship me, it will all be yours.”

Jesus did not dispute Satan’s ownership of the earth and everything on it. In fact, Jesus called Satan the god of this world. To date, Jesus is the only person to resist that temptation.

I firmly believe everyone else given the same choice fell upon their faces and worshiped Satan, but most did not recognize the person making the offer. He came as a record producer offering great success and riches. He came as a literary agent offering a guaranteed spot on the New York Times Best Seller list. He came as a movie producer promising to make someone a star.

He came to Arkansas and promised to make a lowly governor President of the United States.

Of course, most people don’t realize the mistake until it’s far too late. Soon comes bondage: drugs, alcohol, illicit sex with multiple partners. They can have it all. Until that is, they get scared and begin to back away from a life that won’t let them go. Then, no matter how famous one is, there’s a Fort Marcy Park, a plane crash, or a drug overdose in a hotel room waiting to happen. Maybe your own doctor will follow orders and administer too large a dose or the wrong drug, and moonwalking dies along with you.

The lesson is clear: Don’t defy them or publicly ridicule them, or you may die during a routine medical procedure.

We are all born into slavery, and Satan does not desire any be saved but that all come to damnation. His interest is to keep us (pardon the expression) fat, dumb, and happy. Once you agree to such a bargain, you find yourself in a web of deceit and lies and pressure to conform. At that point, resistance is futile. You will be eliminated.

Imagine being honored by the incoming Chief Executive with an appointment as Attorney General. The Justice Department, like all other departments, is controlled by the Kabal; by people who are the antithesis of Patrick Henry and Thomas Jefferson. Such people serve a master most dare only to name in whispers. They say recuse, you recuse. You look the other way or pursue drug runners or some other issue the Kabal doesn’t care about. But you will not pursue members of the Kabal.

Sometime in the past, a government official did something shameful; something he or she would never want anyone to know. But, the Kabal knows. They watch everyone, listen in on and record phone calls, access anyone’s email account they choose. The Kabal Knows All.

People who claim to be Conservatives and Patriots suddenly turn mute on an important issue like, say, the Affordable Care Act’s constitutionality. One phone call to the “right” person, to remind him they know what he did last summer, and the decision the Kabal wants is made and publicly justified.

The Kabal, however, hates the children of the Most High even more than they hate women.

Since Egypt, the Kabal reserves a special hatred for the Children of Abraham. For thousands of years, humans have heard the same old clichés and lies about Jewish people. Ironically, if it weren’t for devout Jews, just how many of us would still worship rocks and trees?

But, because Satan is a created being just as we are, he is not omnipotent, omnipresent, or omniscient. He needs a network of minions to carry out his orders. So, not every Kabal plot comes to fruition, especially where the United States of America and Israel are concerned. That is why the vitriol from the Left (the goats of the Bible) is so poisonous. They actually thought they were going to destroy Christians and Jews in America and be free to attack and destroy Israel.

But the Most High chose a man to lead this nation, a modern-day Jehu, to overthrow the Kabal’s candidate and restore, piece-by-piece, the America as founded. Don’t let minions of the Kabal bolshevik you by claiming a-theists founded America, not Christians. They are liars just as Satan is their Father of Lies.

Prayer changes things. With the exception of the period 1961-63 and the years 1981-89 the Kabal has been in power in America since the turn of the last century and Woodrow Wilson was our first globalist president. During the periods of time when two presidents not of the Kabal occupied the White House, both were shot, and one assassinated. Which should be a lesson to all of us: Do not take on the Kabal alone. These can only be cast out by much prayer and fasting… as happened in 2016 after three decades of uninterrupted globalist rule.

Pray earnestly for our president and our nation as you’ve never prayed before. For we war not against men and women but against spiritual entities of great power. But their fate is sealed, and they are condemned for all eternity. We still have time, and we have hope, and it’s time to gather and harvest those who will heed the truth and be saved. And let us grieve for all those who refuse to be rescued. For their end is at hand.