UPDATED: A Look Inside TPP, the Final Step in the Total Transformation of America 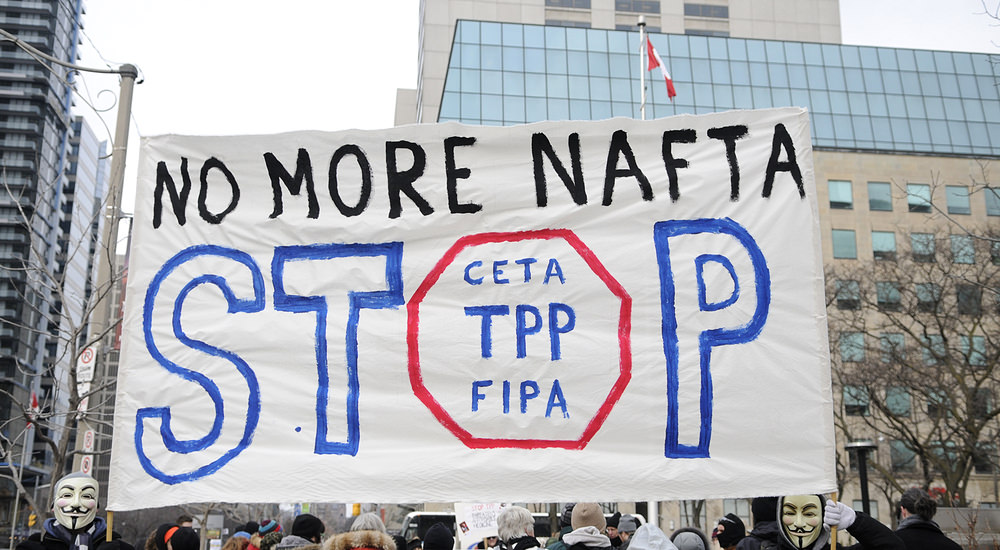 I am NOT a “closed border” person and I am FOR “free trade”. To be otherwise, in my studied opinion is unreasonable.  However, the more I learn about TPP (Trans-Pacific Partnership Agreement), the more I am literally horrified about what is in it. In TPP, once again America gets the “short straw”!

When I saw the October 31, 2008 news footage of Obama loudly proclaiming, “We are five days away from fundamentally changing America” I did not have a clue how much America would be changed in eight years! Obama, first with Hillary’s help and now with Kerry’s, is racing to finish his work turning America into a second rate country and making it part of the U.N., “One World Order”. He has taken sides against America with the U.N. and foreign governments (except Israel) at every opportunity. Some examples are the U.N. Agenda 21 Project, the U.N. Small Arms Treaty, the Iran Nuclear Deal (all of these could have entire books written about what is wrong with them), and now TPP. As noted above, I believe TPP is the planned final nail in America’s coffin, right behind the Iran Nuclear deal.

As noted above I am for “free trade”, but for “free trade” to work everyone involved has to be FAIR and HONEST in their trade activities, which is not necessarily the case within this proposed agreement, and it does not even include China. China is a major trading partner, is a member of WTO (World Trade Organization) and is the all-time UNFAIR trader in the world. This is another topic that could easily fill an entire book on its own. Basically this is how China and other trade cheaters do it. They manipulate the value of their currency against the American dollar so their goods are cheaper in the U.S. and our goods are more expensive in their country. Their farming, harvesting and manufacturing operations are not usually bothered, by overwhelming government agencies that are enforcing so many regulations that they cannot function efficiently.  So China and other countries can pollute at will and abuse their workforce at will with low pay, and unsafe working and living conditions. And it seems that other countries always out maneuver our trade negotiators in any and all trade negotiations. Consequently, as noted earlier, the American people get the “short straw” in every international deal, TPP included.

In addition to not being “fair and balanced” with American interest, TPP also turns over some of our basic rights to a TPP Authority!  Things like what type of Tuna fishing nets can be used to fish for Tuna, and how to label cans of Tuna, would be decided by this TPP Authority. Under TPP, America could no longer make and enforce its own laws and regulations regarding a number of things regulated by TPP. And this is not even the worst Trade agreement being negotiated by the Obama Administration.

The worst trade agreement being negotiated today is TISA (Trade In Services Agreement”. If you have not heard of TISA, you are not alone. According to a WikiLeaks document TISA is a “Secret” agreement being negotiated by up to 50 countries. It is an agreement regarding the trade of information and services including, among other things, the transfer of “people”, which basically overrides U.S. immigration laws! The way it would work is a company like Goggle, or an international hotel chain could move certain employees from its businesses in effected countries in and out of America, and other countries as they desire. In addition to all the abuse and corruption that already exist in our immigration system under Obama, this is one more reason all the big tech companies, and most of the big international companies pilled on to support and throw money at Obama in 2008 and 2012, and are now doing it for Hillary. They want the unrestricted exchange of information and technology and cheap foreign labor with no Obamacare requirement.

Now we know for sure why Obama and his Liberal Democratic supporters are frantically pushing for “Trade Promotion Authority” (fast-track trade negotiating authority) for the Obama Administration, which is due to be voted on by Congress soon.

Remember, Hillary helped Obama do what he did to America during his first term while selling America, out for Billions of dollars for herself, Bill and their foundations. If Hillary becomes President a big chunk of what jobs we have left in America will disappear forever!

If you want to know more about what our real unemployment rate is, what our actual economic situation is, and what a disaster our immigration system is, you can find detailed articles about these and other related topics on my website, www.onlymakessense.com.

Author note: This article was edited on 8/23 to clarify that TISA is a free standing agreement that is being negotiated with up to 50 countries, which means it could have a much larger negative effect on America than previous agreements. Additional information about this agreement was located here: https://wikileaks.org/tisa-financial/