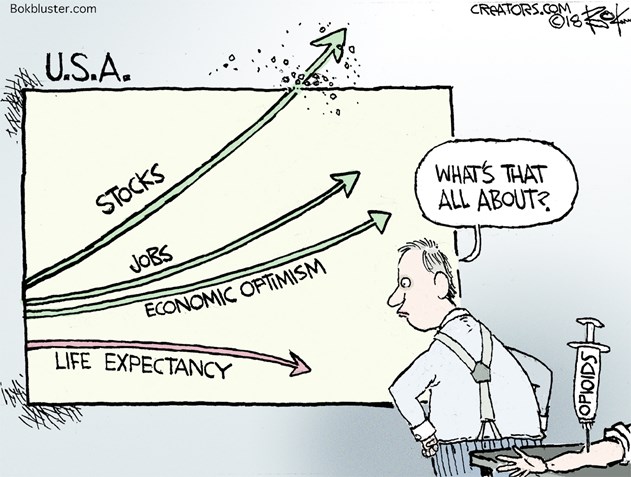 Barack Hussein Obama says half the country lives on another planet of information.  This is true.  Conservatives live on planet Earth where social liberalism is the dysfunctional ideology of irrational, ignorant people who are easily duped by leftists.  Liberals live in a world where socialism is Utopia, rather than the ideology that killed a hundred million people last century, and this century is threatening to destroy the West by squandering wealth and allowing Islamo-Nazis to overwhelm them.

Obama on another planet

“We are operating in completely different information universes.  If you watch FOX News you are living on a different planet than you are if you listen to NPR.” – Barack Obama

Indeed.  Liberals actually applauded this as if Obama had said something wise and good.  That’s because they do not get the same information from the liberal media that is available on FOX.  They do not hear about Fusion GPS or FBI agent Strzok.  They do not hear about low unemployment or high economic growth.  Liberals live in ignorance.  When conservatives hear the news they hear both sides.  Liberals only hear one side and what they hear of the other is what their side believes them to be rather than what they actually are, say, and do.  For example, securing the border has nothing to do with racism, but that is what the Left makes it about.  Creating that narrative and assigning that motivation to the Right is what makes the Left delusional by inciting hate over a non-existent sin.  It’s the same as their claim that Trump is guilty of obstructing the Russian collusion investigation.  You cannot obstruct an investigation into a non-existent crime.  What’s more is that they have no knowledge of Obama using American intelligence services in spying on Trump to commit a crime ten times worse than what Nixon did.  They have no knowledge of Hillary and the DNC cheating Bernie Sanders of the nomination.  They know nothing of Obama supplementing Iran and North Korea to gain nuclear weapons.  Instead they quiver in fear that Trump may provoke fat boy into launching, and the fools in Hawaii hid in storm drains because some liberal whacko sent out a nuclear missile warning “accidentally.”  Liberal world is the insane world of irrational ignorance and dysfunctional denial.

Chuck Woolery laughs at the Left

Liberal Democrats link MLK and the civil rights movement with climate change claiming that global warming has a greater effect on the poor countries, minorities, and low income individuals.  Do they not live on the same planet as the rest of us?  Apparently not.  Liberals believe life on Earth is going to end soon.  Barack “Svengali” Obama & Co. have them completely duped and absolutely depressed.  The elitist leftists have always tried to convince people that they are going to and should die to save the planet.  From the Population Bomb to the neo-fascist movement of social liberalism climate change it’s all about how people are killing the planet and will cause billions of people to die.  Therefore they should have the good grace to sacrifice themselves for their elite leaders, or at least kill off the people who will not bow to and submit to the will of their leaders.  This is why socialism is the father of fascism, communism, and Nazism and why the murderous ideologies are all part of the Left.  The most far right radical extremist Christian is not a bible thumping self-righteous hypocrite, but Jesus Christ Himself!  The aforementioned bible thumper is more leftist than righteous.  Jesus never said to do that, but specifically said not to!  But His admonition, “Judge not lest you be judged,” is taken by leftists to mean that no one can be judged for the crimes they commit – unless they are Christians who do not submit to leftist morality and then condemnation is absolutely their order of the day!  This is the opposite of righteousness.

It is not possible to argue good sense and logic with a liberal who embraces irrational thought obscured by ignorance and the arrogance of believing they know what they don’t know.  Lifelong liberals suffer from the same dysfunction as young teenagers who are growing up beginning to understand things, but still mired in colossal ignorance, and believing they know everything when they know next to nothing.  Social liberalism begins with profound ignorance amidst their victimhood blaming others for the problems they create for themselves.  Democrats want people addicted to drugs, which is why they need to keep the southern border open to drug trafficking.  They need their constituents living in a fantasy world and they promote Follywood movies that manufacture the illusion that social liberalism is beneficial.  They have a movie coming out soon depicting people living in misery fighting to save, of all things, not their lives, but their fantasy reality where they can be heroes.  Young liberals don’t know the hard work and years of sacrifice it takes to become a hero.  Instead they choose to live in their separate fantasy world in which they are the happy rulers achieving great things acquiring fantasy gold and fantasy honor.  Meanwhile, back here on Earth, their life expectancy is down even though they live in the greatest country in history in which medicine has made the greatest advances.  But their Democrat masters are pricing them out of the market of healthcare with promises of making it free.  They do not understand that nothing in life is free.  It costs money to train doctors and manufacture medicines.  They don’t understand how business and trade work because they are taught that their college should be free because their K-12 education was free.  These brainless children don’t know that their parents paid for their education, that teachers are not slaves of the state, and that schools don’t get built by charities.  They don’t understand that the government they want to take care of them has no money except what they take from working people.

That’s why Democrats always demand high taxes so they can support their foolish deadbeats and keep them supplied with drugs so they stupidly keep voting leftist.  The last thing they want is a public that is actually educated and informed.  Before Rush Limbaugh and FOX News Christian conservatives were known as the Silent/Moral Majority.  Twitter, Facebook, and Google Search are working on silencing them once again and the dupes of the Left believe that to be a good thing.  It’s only a good thing if you want to live your life oblivious of how it could be better.  To actually live the good life of the American Dream you not only have to be willing to fight for it, you have to be willing to live by the righteous morality that they have been taught to oppose.  They have been taught to embrace the socialist fascism that brought Communism and Nazism to the 20th century, created prisons and slaves, and made the world burn.  Liberals need to be educated and that education begins by crushing the leftists that would silence the Right.  The leftist media that has dominated for the last century believes they can twist people’s understanding of reality by smearing Trump and his achievements daily.  But you can’t fool all the people all the time.