Liberals say An Abortion Clinic is a Sacred Place 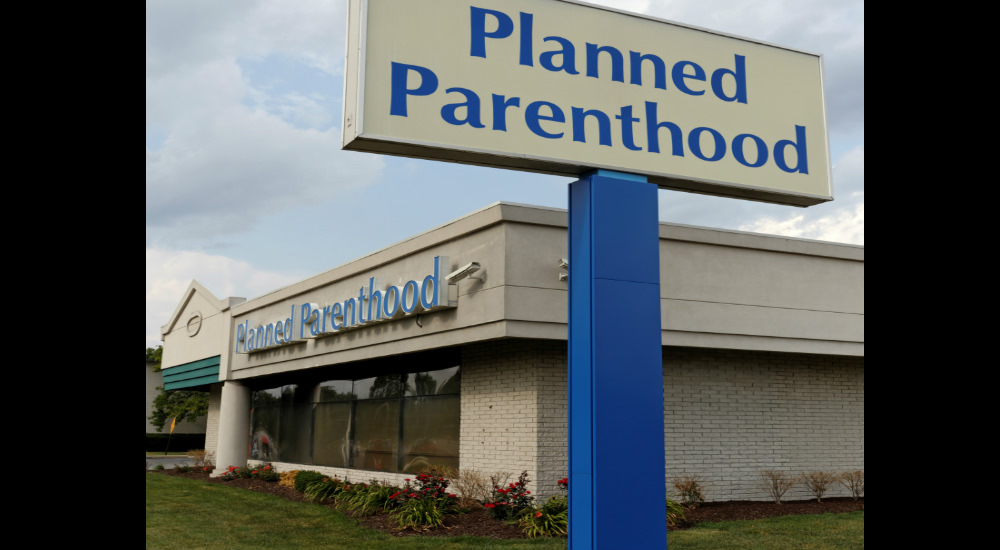 You are so out of touch. Bet you, you didn’t know that an Abortion Clinic, where they kill babies, is a Religious and “Sacred Place.”

“Religious Leaders” of Christian, Jewish & Hindu denominations, and even a gay Muslim Imam, recently blessed a Planned Parenthood Abortion Mega-Clinic praising its “Sacred Work.”*  The Rabbi, who led the “Prayers” called for the “ones who bless our ancestors” to bless the Clinic; entirely forgetting that once enough babies were killed, the Rabbi himself would never be an “ancestor” and would have no one to bless him!!

Of course, like the majority of PP Clinics, this was located in the inner city where blacks live. And this wonderful religious temple is located between two schools, one a prestigious charter school, all the better to be closer to their clientele.* Blacks are only 13.2% of the population but black babies are aborted at far greater numbers, 38%, than white babies.  In fact, more black babies are aborted in New York City than are born.

Where, oh where, is Obama and his Justice Department with his theories of “disparate impact” on blacks proving the action; in this case, abortion; is racially motivated against blacks? After all, abortion was Planned Parenthood founder, Margaret Sanger’s attempt to eliminate the black race, which she deemed “mentally and physically defective,”* wasn’t it?

They even performed a “liturgical dance”! How do you do that?  The “Religious Leaders” prance around chanting “holy” songs; while their leader holds up a replica of a little baby in one hand and a sharp scalpel in the other; and then, as the music soars and the chanting reaches fever pitch; he snips off the baby’s spinal cord and crushes its little head?

Didn’t you know?  That Abortion; namely, forgetting to take your birth control pills, having unprotected sex, getting pregnant and then, killing the little baby inside you; is just a sickness that requires “healing”? And getting an Abortion is a “sacred decision”? That women killing their babies have no need to take any personal responsibility for their actions?  No need to feel “shame, guilt, or fear about how God will perceive them”? That Abortion Clinics are the “Light of the World”? That an Abortion Clinic is a holy and “Blessed Space,” where abortionists killing the babies are “Instruments of God’s hands”? That the Abortion Clinic is a place where even Hindu Priests have called for “good vibrations”?

Now that Abortion Clinics have been declared to be “sacred places,” no one can deny that, to Progressives, Abortion is a religion.  So, please, could we apply the same limits to the Religion of Abortions that are applied by “Progressives” to Christianity?  And force them to stop talking about Abortion except inside those “sacred” clinics? No proselytizing inside schools or in girl scouts, no discussions on NPR, no Lena Dunham publicly regretting she has never had an abortion… Best of all, no public funding – After all, we would be violating the Separation of the Abortion Church and State, wouldn’t we? … Almost worth the trade off, isn’t it?

Or, now that Trump will be our President soon, could we please act forcefully like he would, and cut the crap? And make all young sexually active girls take a shot of Depo Provera?  This would prevent them from getting pregnant for 6 years and solve the problem … No pregnancies; no need for abortions; and this divisive issue will go away.

But it would also stop Planned Parenthood from making the millions it makes waiting until the pregnancy is well advanced; (because no one can do “research” on an undifferentiated mass of an unviable baby); then killing the baby in a partial birth abortion; and selling baby parts for “research”.*

We can’t have that, can we?