Liberal Icon Ted Koppel admits Media is ‘Out to Get’ Trump! 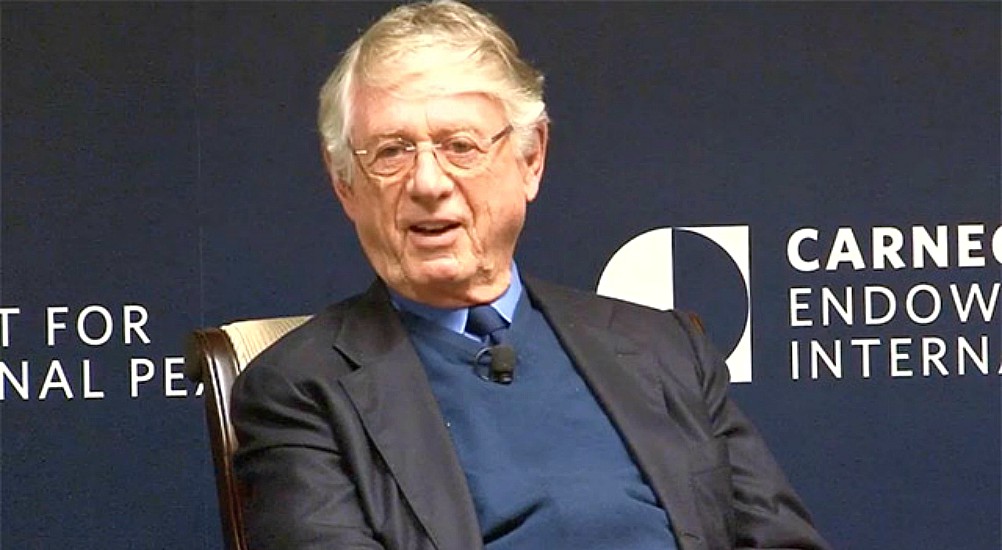 Ted Koppel has never been mistaken for a conservative, or even for a moderate. He’s been left of center for his entire adult life, and I’m sure most Americans could see that.

He’s still a committed leftist, as well as a critic of the President. However, just because he’s anti-Trump and anti-GOP doesn’t mean that he can’t see the terrible state of “journalism” in America today.

We have leftwing CNN “reporters” clapping themselves on the back as they cheer on attacks on the President. MSNBC is filled, wall-to-wall, with supposed “journalists” who have no objectivity or commitment to truth. Almost the entire news media is corrupt today, and there’s not much we can do about it, now that companies like Facebook, Twitter, and Google have stamped out the mainstream media’s competition.

Listen as Koppel admits that the mainstream media is not “objective” and that they are definitely trying to undermine President Trump.

I remember sitting at the breakfast table with my wife during the campaign after the Access Hollywood tape came out and the New York Times, and I will not offend any of you here by using the language but you know exactly what words were used and they were spelled out on the front page of the New York Times.

I turned to my wife and I said the Times is absolutely committed to making sure that this guy does not get elected. So his perception that the establishment press is out to get him doesn’t mean that great journalism is not being done. It is. But the notion that most of us look upon Donald Trump as being an absolute fiasco, he’s not mistaken in that perception and he’s not mistaken when so many of the liberal media, for example, described themselves as belonging to the Resistance…

I think it’s unmistakably true. I did work with him for many years. He’s old school much as I am. We come out of the same tradition, which is neutrality in news coverage, opinions reserved for columnists and editorial writers and in broadcast journalism, you have certain commentators and you have correspondents who cover the news.

Those lines of separation have become increasingly blurred and in the age of Trump, as Kopell suggested, they’ve gone completely out the window because of the sense among journalists that the election of Donald Trump constituted a national emergency and it was their duty as patriots to resist it and to do all that they could to undo this presidency, which they have assiduously tried to do and we see it reflected constantly.

And the next morning Eric Trump was a guest on Fox and Friends where he was also asked about the shocking admission:

Koppel admits that he too is anti-Trump, but at least he retains enough sense to understand why the media’s anti-Trump posture is bad for journalism.