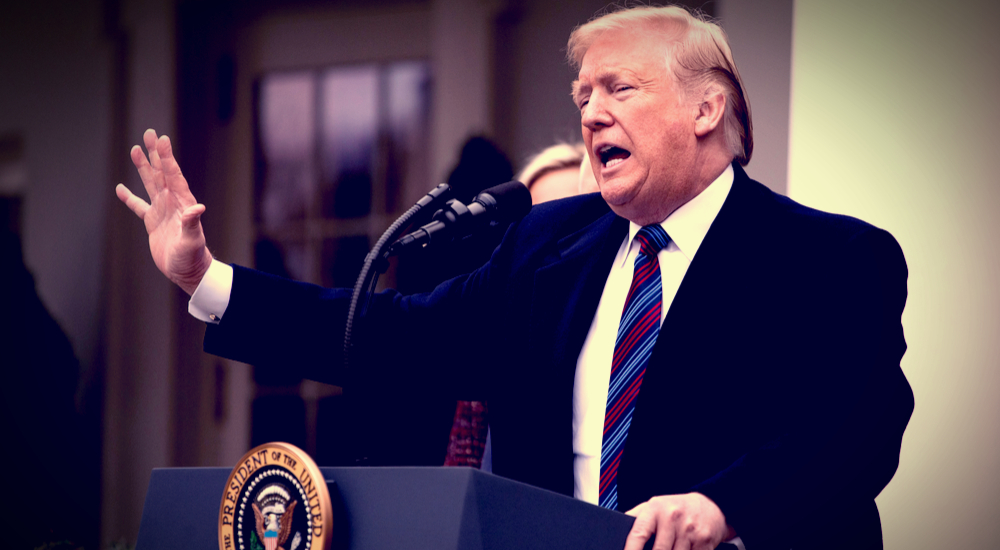 I wonder what Democrats would have said when they started this witch hunt, had they known that as it drew to an end President Trump would be demanding the public release of Mueller’s investigation?

They might have chosen not to start this mess at all.

But this is exactly the President’s attitude. He wants every American to read exactly what Mueller did, and didn’t, find.

QUESTION: Do you think the public has a right to see the Mueller report?

President Trump: I don’t mind. Frankly, I told the House, if you want, let them see it.

Again I say, a deputy, because of the fact that the Attorney General didn’t have the courage to do it himself, a deputy that’s appointed appoints another man to write a report.

I just won an election with 63 million votes or so, 63 million. I had 206-223 in the electoral college, saying to myself, wait a minute, I just won one of the greatest victories in the electoral college, even you will admit that, and now I have somebody writing a report that never got a vote? It’s called the Mueller report. So, explain that, because my voters don’t get it and I don’t get it.

At the same time, let it come out, let people see it. That’s up to the Attorney General. We have a very good Attorney General, he’s a highly respected man. And we’ll see what happens. But it’s sort of interesting that a man out of the blue just writes a report. I got 306 electoral votes against 223. That’s a tremendous victory. I got 63 million more. I got 63 million votes. And now somebody just writes a report. I think it’s ridiculous.

But I want to see the report. And you know who I want to see it? The tens of millions of people that love the fact that we have the greatest economy we’ve ever had. I’m going to Ohio right now. They were going to close the plant. That’s why they make the tanks. It was going to be closed and I stopped them from closing it and now it’s thriving and doing great. And the people of Ohio, they like Trump because I’ve done a great job in Ohio. And I’ve done a great job all over the country. That’s what the people want to hear…

So, you know — that’s what it is. Now, let’s say whether or not it’s legit. You know better than anybody there’s no collusion. There was no collusion. There was no obstruction. There was no nothing. But it’s sort of an amazing thing that when you have a great victory, somebody comes in, does a report out of nowhere, tell me how that makes sense? Who never got a vote, who the day before he was retained to become special counsel, I told him he wouldn’t be working at the FBI. And then the following day they get him for this. I don’t think so. I don’t think people get it.

With all that being said, I look forward to seeing the report.

Let’s see the report, and then let’s hear the apologies from the Left and their pals in the media.