The Largest Army in the World is in Your Neighborhood 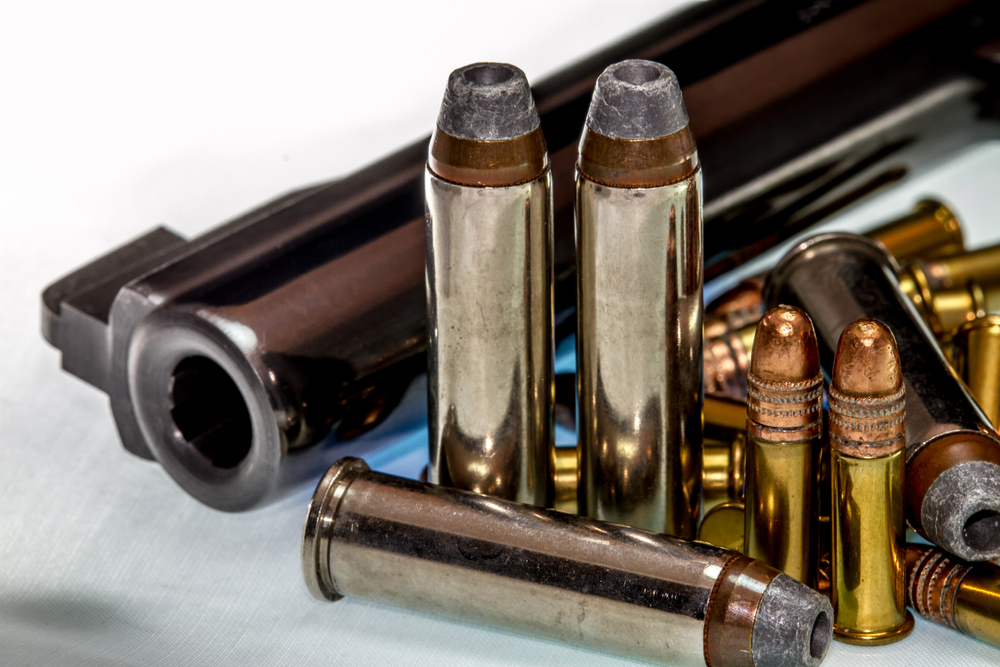 We all recognize that it is a fundamental right of the American citizen to keep and bear arms. The essential premise being that the citizen soldier should be able to protect their nation and their families, even from their own government if need be, and personal firearms are requisite for that notion.

With recent victories in the courts preserving gun rights, those opposed to individual ownership of firearms are getting ever more creative with their explanations as to why personally owning a firearm should not be allowed. The most intriguing one floated lately, was that the U.S. military is so powerful, no mere band of citizens playing soldier could possibly hope to defeat them. Is that so? The full weight of the U.S. Armed forces is not something to be trifled with but how do the numbers stack up?

There are about 1.4 million active duty military personnel currently, with another 800,000 total in the various reserve and National Guard components. Those are formidable numbers, but according to the US Veterans Administration there are about 22.5 million veterans in the country or about 10 times the number of people currently in the U.S. military.

Now, we can all admit that some of them are a little old to mount guerrilla campaigns, but their experience, leadership and insight would prove to be very beneficial. Especially some of the Vietnam vets who were the first to really encounter insurgency type campaigns. However, (according to VA stats) veterans from just the recent gulf wars are 30% of the veteran population. That number alone puts us at 6.75 million veterans who are likely to be young enough to take up arms, which is still three times the number of current military personnel.

Yes, not all of them were combat troops (remember not all active duty and guard/Reserves are combat troops either), but they still have skills that might prove useful and all of them remember how an M-16 works. If we take the commonly accepted number of personnel who served in combat arms units (in the 10-15% range) that actually saw bullets fly………we are still in the 600,000 to 1 million range of combat experienced veterans literally scattered throughout the country like little freedom seeds, ready to bloom at a moment’s notice.

And that’s not even taking into consideration the simple fact that its highly unlikely that the majority of current military members would follow a Presidents illegal orders.

A Government trying to impose martial law would have a very difficult time here. We have military armories spread all through the country. Mortars and grenade launchers. Anti-tank rockets. Civil engineers or mine workers who know a thing or two about explosives. Chemists who could make more. Every military base they occupied would be deep in enemy territory. Supply lines would be under constant attack. Tank crews have to stick their heads up sometime. Planes have to land somewhere.

But at the heart of it all, are the guns.

If assembled all in one spot, just the registered deer hunters of any five US states would comprise the 4th largest army in the world.

We have more civilian owned .50BMG caliber sniper rifles than any military on earth, except for our own, and the veterans to shoot them. If anybody thinks that a .50cal won’t take some aircraft parked on the ground out of the action then you have no idea what’s going on here.

Haven’t the people trying to ban .50 cal rifles repeatedly made the claim that they can shoot down airplanes, therefore are unsafe in civilian hands?

Perhaps unique among all the other countries of earth, we have an enormous embedded population of people who spend their free time dressed in camouflage, wandering the local woods in possession of their own arms and ammo stockpiles, who pride themselves on their patriotism and their ability to hit man sized targets at excessive ranges.

All of that, and we haven’t even talked about all the AR-15 and AK-47 variant owners in this country yet, which combined pushes into the 5 million range by itself.  Throw in all the people who have M1 Garrands, M1 carbines, G3 copies, FN FAL copies, MP5 copies, and you’re easily adding another million. Plus, like any guerilla campaign, the more convoys and outposts knocked over, the more materiel falls into the hands of those fighting tyranny.

Will the US get attacked by its own military? Very unlikely. Is it a good thing then that we have so many guns? Obviously. Its WHY we won’t get attacked.