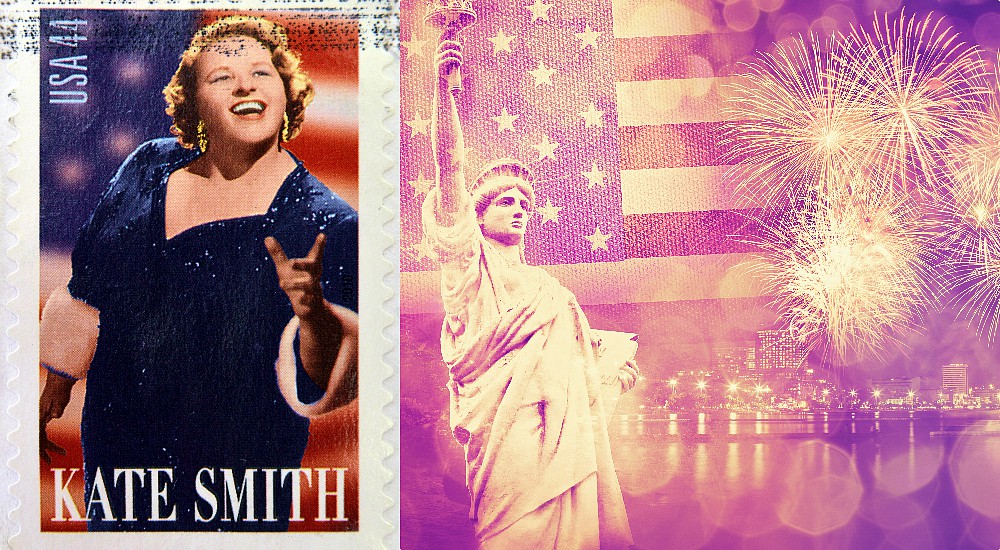 We in America have developed a nasty habit of judging past events with present-day standards. This is a big mistake. And a bigger mistake is the judgment of individuals who’ve contributed so much, just because they had one indiscretion, or worse, a perceived indiscretion.

In both New York City and Philadelphia, the iconic singer Kate Smith is being erased from history.

After it was uncovered that Smith, “sang racially insensitive songs in the early 1930s,” the New York Yankees pulled Smith’s famous rendition of “God Bless America,” from their song rotation. The NHL team, the Philadelphia Flyers, had a statue of her torn down and hauled away for the same reason. They have also ditched the song.

Despite that song and her many public appearances helping to win World War II, by raising over $600 million for the war effort, it was discovered that Smith, in the early 1930’s, sang a pair of racially insensitive songs, entitled, “Pickaninny Heaven,” and “That’s Why Darkies Were Born.” The latter was considered satire, as “the black civil rights figure Paul Robeson also sang it.”

Every generation has its good a bad attributes and it’s frankly unfair to judge the actions of generations long ago through a modern lens.

The founders, as is well documented, owned slaves. Bad to be sure, but it wasn’t looked upon as abhorrently as it is today. We Americans have grown and evolved over the centuries.

Still, many founders knew the practice was wrong, which is why they set forth in our founding documents ways to rectify it, which we of course did.

The left is always preaching about the greater good, but they can’t seem to recognize that there would be no America as we know it if the Northern Colonies didn’t at least partially acquiesce to the Southern Colonies. They also had faith in the system they had forged, and greater faith that the American people would right this wrong.

John Adams and his son John Quincy Adams were among a very few that never owned slaves, and despite originally owning six slaves, Ben Franklin became one of America’s most prominent abolitionists.

But none of this seems to matter to modern day leftists whose “woke” judgment and historical context seems to date back to the last Twitter outrage.

Because of this lack of historical context, they set out to bully spineless politicians nationwide to erase any and every part of American history that may be the slightest bit uncomfortable. “If you don’t tear down that Confederate statue that’s been there for a century or more with little comment or consternation, I’ll hold my breath until I turn blue.”

Actually, I wish it were that bridled. It’s been more like, if you don’t tear down that statue, we’ll riot and tear it down ourselves, and you, as the spineless jellyfish you are, will watch silently, telling the police to stand down and just allow it.

Bullying begets more bullying, and the more society coddles and genuflects to this relatively minute segment of society, the worse it will get, until most of our history is erased, bad and good. And we all know about erasing history. Those who don’t learn from history, are doomed to repeat it – taken from the original passage by philosopher, George Santayana – “Those who cannot remember the past are condemned to repeat it.”

With our past being systematically expunged, generations yet to come may very well be condemned to repeat the mistakes they are unaware of because we were too weak to stand up to the “woke” mob.