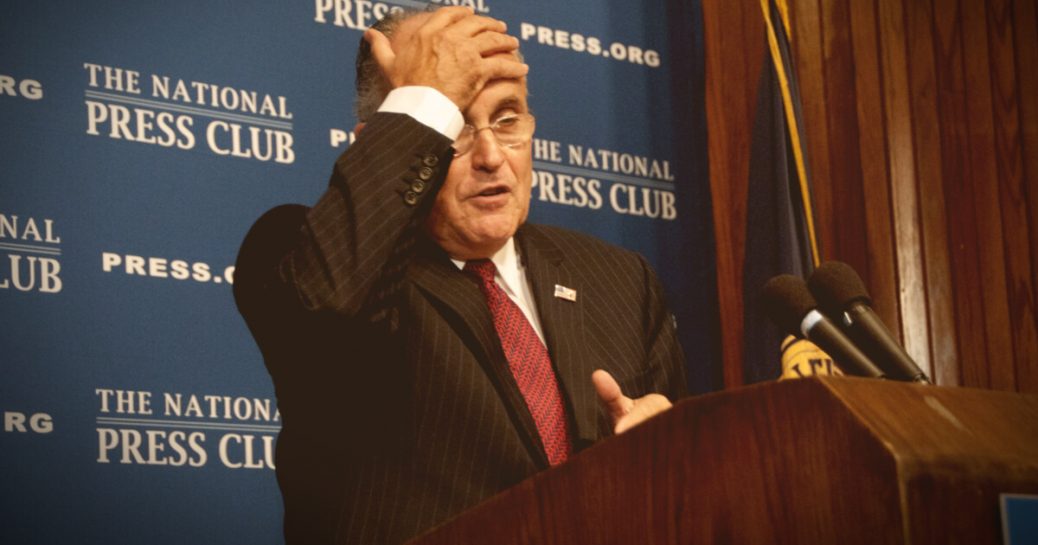 The Mueller investigation is over.

The Mueller team found no evidence of any crime.

Mueller’s report implies that the President was not helpful in the investigation against him (why would anyone help the people he thought were trying to entrap him in a witch hunt?). The Democrats are attempting to argue that the President “obstructed” justice. The only problem with their theory? You cannot obstruct justice if there is NO UNDERLYING CRIME.

There was no crime to obstruct, therefore obstruction of justice CANNOT occur.

Sadly, the media didn’t get the memo. They are still trying to make the obstruction case, and even some good reporters at FOX News seem to be getting caught up in the ridiculousness.

Thankfully, Rudy Giuliani is around to help them understand how the legal system actually works.

There was no obstruction — they don’t point to a single obstruction and investigation. The one from day one to day end, and they got everything they wanted…

You’re treating these people as if they’re fair. They’re not. That is totally — it begins with, he’s got to prove his innocence. Then we’re throwing out — then we are throwing out the Fifth Amendment. How many more amendments we would like to throw out in Mueller’s favor?