Islamophobia and How the Left Makes Victims out of Murderers 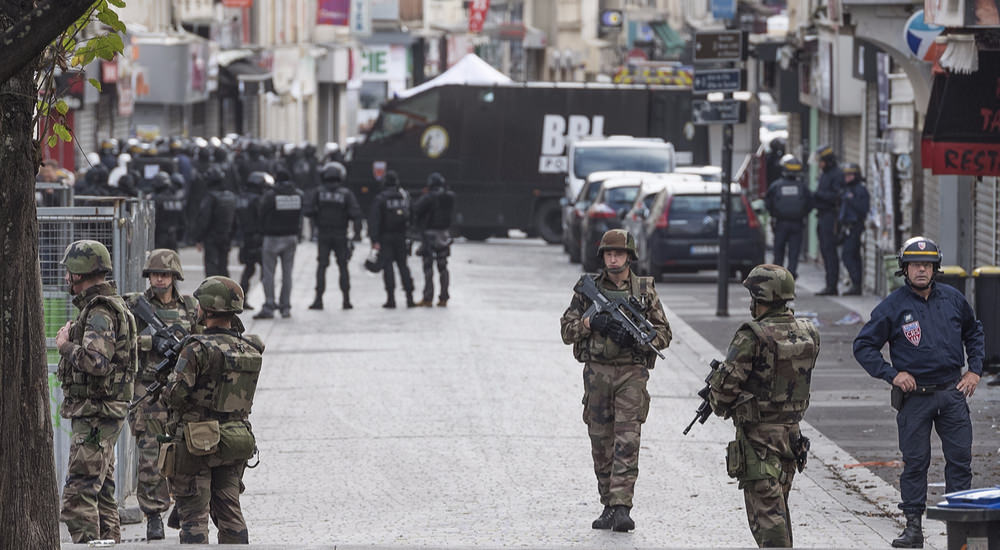 “It’s not who we are underneath, but what we do that defines us.” – Rachel Dawes, Batman Begins

Whenever Christians denounce Islamic terrorism, liberals argue against the Right that it isn’t Islam.  When it is proven that Muhammad was the first to wage Jihad on his enemies through Jihad they have no answer.  When Islamism is exposed as being murderous and not welcome in America they claim that black criminals, drunk drivers, even gun accidents kill more Americans every year than Islamic terrorists.  That’s only because ISIS is in the Middle East massacring tens of thousands of people in the name of Muhammad.  Were it not for U.S. law and our military they would be here doing the same.  This kind of dissociative logic stating that Islam is not an immediate threat to America, therefore it is safe to bring Islamists to America, is typical liberals backwards think.

The third episode of the new television series, “Conviction,” was a textbook example of how leftist corruption works.  A patriotic America soldier is falsely imprisoned for a bomb that kills an Imam and his Moslem friends because he has been speaking out against Islam.  It is uncovered that the Imam’s wife killed out of jealousy for his for practicing Islamic marital law.  But when talking to the man, the attorney’s assistant discovers the man has a visceral hatred for Islam.  So rather than let the man be released, he uses a lie to incite another prisoner to attack him to keep him in prison.  The show ends with the assistant happy he got away with his crime.

This is leftist propaganda using a fantasy scenario in which liberal justice is done to someone they deem to be an enemy, i.e. an American soldier who is fighting the Jihad.  America’s Constitution guarantees freedom of speech – even to advocate for the overthrow of the Constitution and commit acts of terror.  Oh, wait.  No, it doesn’t.  Your right to free speech ends when you advocate the overthrow of the government or inciting a riot or threatening to harm another or doing something like shouting “fire” in a crowded theater when there is no danger.

Liberals, however, lack the moral clarity to identify rightful speech and criminal speech.  They want people persecuted for exercising anything they deem to be “hate speech,” but America does not, yet, prosecute people for what they say, think, or feel.  In their opinion, objecting to Democrat policies and voting for Trump is advocating the overthrow of the government.  They have been promoting the prosecution of those who speak out against the Democrat’s global warming fraud.  And they demand that FBI Director Comey, who has gone back on his refusal to prosecute the case against Hillary Clinton for violating national security, be punished.

As of now you cannot go to prison for so-called “hate speech,” but the election of Hillary Clinton may change that.  When it comes to defining what is legal and what is right this is the trap when liberals are allowed to rule.  Liberals would make it a crime to speak out against their corrupt leaders, a crime to expose their frauds, and a crime to object to their policies that are destroying America.

Two centuries ago, Jefferson and Adams warned that Islam has no place in America.  Two things the Founders of America said America should never allow; one, not allow the federal government to establish a national bank (which the Democrats did in 1912), and two, don’t allow Islam to infiltrate America.  John Quincy Adams wrote that Islam is not a religion, but is actually a political ideology of violence and lust.  As the ultimate socialist ideology it walks in the hearts of liberal greed and envy of Americans and aligns with those who would impose Sharia on the world through war, terrorism, and oppression.

Following Obama’s example, Hillary wants to bring millions of Moslems from the Middle East to America as refugees bypassing the normal immigration laws.  They are not bringing those who are being persecuted by Moslems, but more Moslems.  ISIS, they say, is killing more Moslems than they are Christians, Jews, and others they deem infidels.  They are killing them because they refuse to obey the teachings of the Koran, and leftists are claiming the teaching of Jihad by Muhammad who waged Jihad on Mecca for ten years is not part of the Koran.

Obama has turned away Christians who are trying to escape the persecution of jihadis.  But he and Hillary choose to bring Islamists to America who want to impose Sharia on the “Great Satan.”  There is something wrong with the world when people want to give Moslems refuge from Islam.

“Beware of False Prophets.  You will know them by their fruits.” – Jesus

The president who never met an Islamist he didn’t like

Trump’s Crusade: Expel the Muslim Brotherhood from the White House