The President Who Never Met an Islamist He Didn’t Like 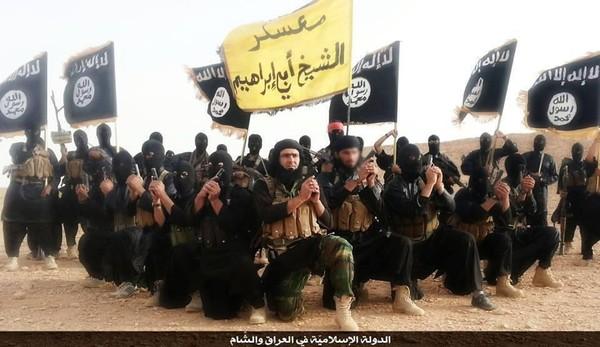 “If you kill enough of them, they stop fighting.” – General Curtis LeMay

President Barack Obama never met a Muslim he did not like. He is always praising them and never sees a bad side to them. He cannot bring himself to wage a serious war against them because that might hurt sweet, innocent Muslims. His philosophy is actually a mistake and will maximize Muslim casualties.

Muslim countries act up against the West because their religion teaches them that Muslims have a duty to conquer and enslave non-Muslims. Fortunately for us, from the defeat of the Ottoman Empire to about 60 years ago, Muslims got along with the West because they were too poor to do otherwise. Then, when oil became more lucrative, these countries armed themselves. Since 1948, they have had many altercations against Israel and other countries.

Since the 1993 World Trade Center bombing, the Muslims have been forgiven for most of their mischief. This has caused them to become more bellicose. Their murderous behavior now emanates from Afghanistan, Iran, Iraq, Libya, the Palestinian Territories, Syria, and Yemen. The civilized world endures a terrorist attack about once a week (although they appear to be taking the election season off) and Iran is preparing to use nuclear bombs against us.

What caused the Muslims to become so belligerent? The short answer is money and opportunity. The money came from oil. When oil was first discovered in the Middle East in the early twentieth century, it was not very important. Over time, oil increased in importance and most countries nationalized their oil industries. Having a precious commodity in a dysfunctional economy gave the Muslims a lot of money.

The opportunity came from cowardly world leaders. An example comes from hostage taking at the 1972 Summer Olympics. The individual terrorists were punished, but the Palestinian people were seen as innocent. The truth is that the Palestinians harbored and encouraged these terrorists. They planted the seeds from which terrorists grew.

Some world leaders did the right thing. For example, when Iraq invaded Kuwait in 1990, simply because Kuwait had wealth, President George HW Bush attacked Iraq and killed 100,000 soldiers. Some argued that he did not kill enough. It turned out to be enough to keep us from needing to fight them again until 12 years later.

With our next president, we will probably have another major war. If we do not, then there may no longer be a United States. Such a war may cause 100,000 Iranian and 100,000 ISIS deaths. The price is high, but the alternative is the death or enslavement of 320,000,000 Americans.

How can we keep our freedom and kill fewer Muslims? The answer is to kill as many as necessary to totally defeat them as often as necessary. Under these circumstances, the Muslims will see commerce as their best choice for a good life. After that, we will need to kill far fewer people.

How many people must be killed to preserve order? In a civilized society, the only killings will come from the police. In 2015, in the United States, the police killed 965 people (Washington Post). Having major wars against misbehaving societies as often as necessary is the way to minimize their deaths. This is how to help the Muslims.