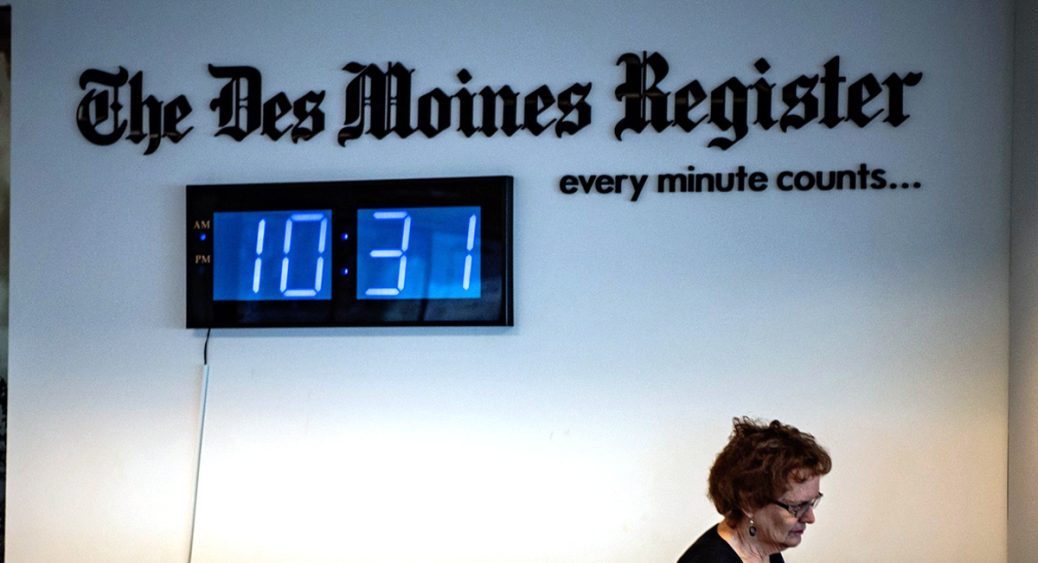 The Des Moines Register has just proven that the left’s agenda is more important to it than actual news after it refused to published Iowa Gov. Kim Reynolds’ op ed because Reynolds didn’t use woke enough language in the piece.

You read that right. The Des Moines Register refuses to publish the news unless it hews to the left-wing agenda.

The Register recently published an editorial that calls for schools to indulge the transgender fantasies of little kids and to hide that act from parents.

Gov. Reynolds, a Republican, sent the paper a rebuttal in which she said:

We’re not talking here about adults; we’re talking about kids as young as twelve, who can now change their names and pronouns at school, knowing their schools will conceal it from their parents. Biological males will be allowed to share restrooms, locker rooms, and sleeping quarters on overnight trips with girls. If they or their parents feel uncomfortable with that, too bad.

As the Iowa Field Report noted:

The @DMRegister specifically asked the Governor not to use the phrase “biological male,” and instead use preferred woke verbiage “children assigned male at birth.”

There you have it, folks. The Des Moines Register is not a newspaper. It is the house organ for the radical, left-wing, anti-child transgender lobby that wants to groom your children for molestation and their mutilation via destructive and permanent surgeries that will leave them sterile and mentally destroyed.