Don’t Let Liberals Lie–Martha’s Vineyard Illegals are Only 0.000025% of the REAL Border Crisis 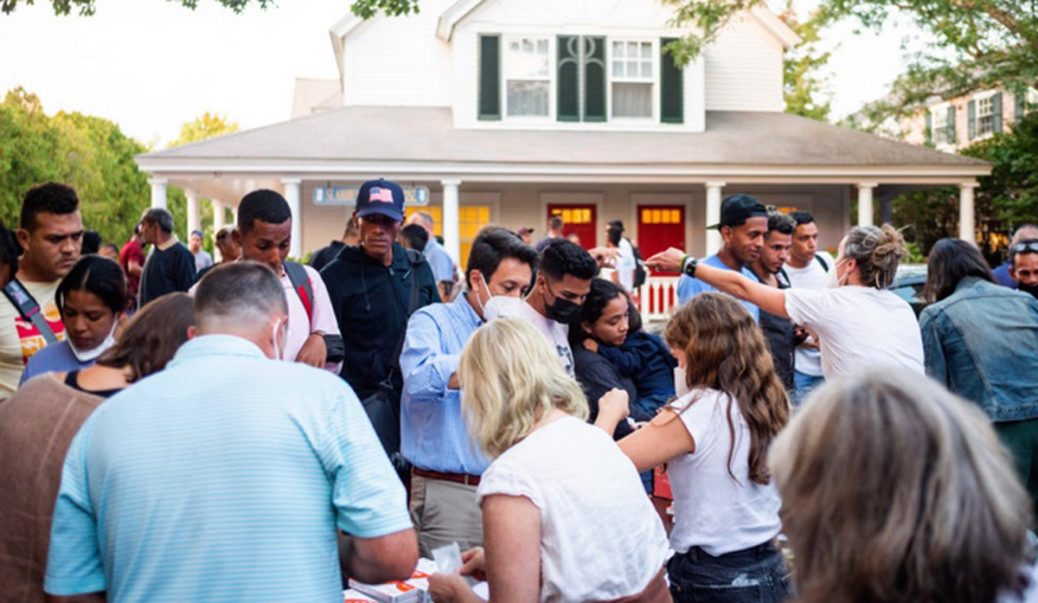 The left is attempting to spin the 50 illegals sent to Martha’s Vineyard as a “humanitarian crisis.” But they are liars. The illegals sent there are but 0.000025% of the real border crisis.

On Thursday, the leftist simps who inhabit the island that is the playground of the rich and famous put out a breathless press release calling the 50 illegals sent to the island by Florida Gov. Ron DeSantis a “humanitarian crisis.”

To our Island community, here is an update on current humanitarian crisis on Martha's Vineyard….we thank people for their continued help. pic.twitter.com/f9YRJSJPow

DeSantis noted that the numbers being sent to sanctuary cities and jurisdictions was just a fraction of those being encountered at the border.

“The minute even a small fraction of what those border towns deal with every day is brought to their front door, they go berserk, and they’re so upset that this is happening. And it just shows you that their virtue-signaling is a fraud,” he said.

About 50 migrants were sent to the popular summer destination for America’s liberal elite, and that number dwarfs the enormous migrant numbers being encountered by towns, cities and Border Patrol agents across the southern border.

There have so far been more than two million migrant encounters this fiscal year alone, on top of more than 1.7 million encounters in fiscal 2021. The 50 migrants sent to Martha’s Vineyard would be just 0.000025% of that number. While many of those are returned either via the Title 42 public health order or other methods by Border Patrol, a significant number are released into the U.S. to await their asylum hearings — which can take up to eight years. It also does not include the hundreds of thousands that slipped past agents, known as “gotaways.”

According to CBP statistics, so far this fiscal year more than 500,000 migrants have been released into the U.S. by Border Patrol on their own recognizance with a court date (called a Notice to Appear) or paroled into the U.S. and enrolled into Alternatives to Detention (ATD). That statistic does not include the final two months of FY22.

Liberals are liars and hypocrites.