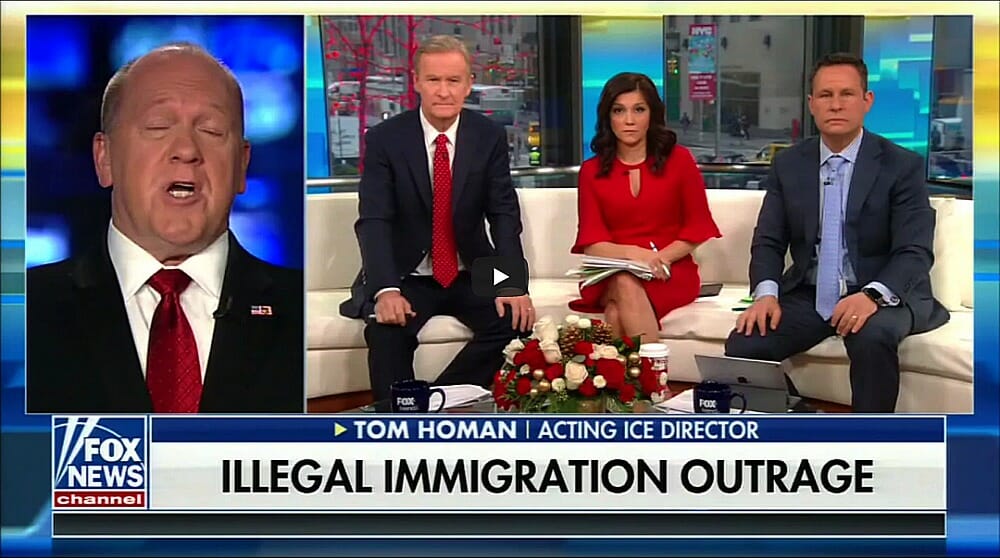 Acting Immigration and Customs Enforcement Agency (ICE) Director Thomas Homan is not happy with the recent verdict in the Kate Steinle murder trial.

Homan argued that the verdict is an obvious miscarriage of justice and that the federal government would do everything in its power to hold Steiknle’s killer accountable.

“This isn’t the America I grew up in. For a city to knowingly release a public safety threat back into the public is just ridiculous.

They want to fund sanctuary cities to keep illegal aliens in, but they don’t want to fund the border wall to keep them out. To me, that’s backwards.”

The director further explained that San Francisco’s “policy of refusing to honor ICE detainers is a blatant threat to public safety and undermines the rule of law.”

Homan found an ally in California State Sen. Jeff Stone who echoed Homan’s sentiment about the case and about the policies of Sanctuary Cities..

“How you could come to that conclusion is a mockery of justice. I don’t know how else to put it,” Stone told the Washington Post. “It should be a wake-up call to every American that our judicial system in certain parts of the country, such as here in San Francisco, are way off the charts to the left and have to be fixed.”