How to Be #NeverTrump 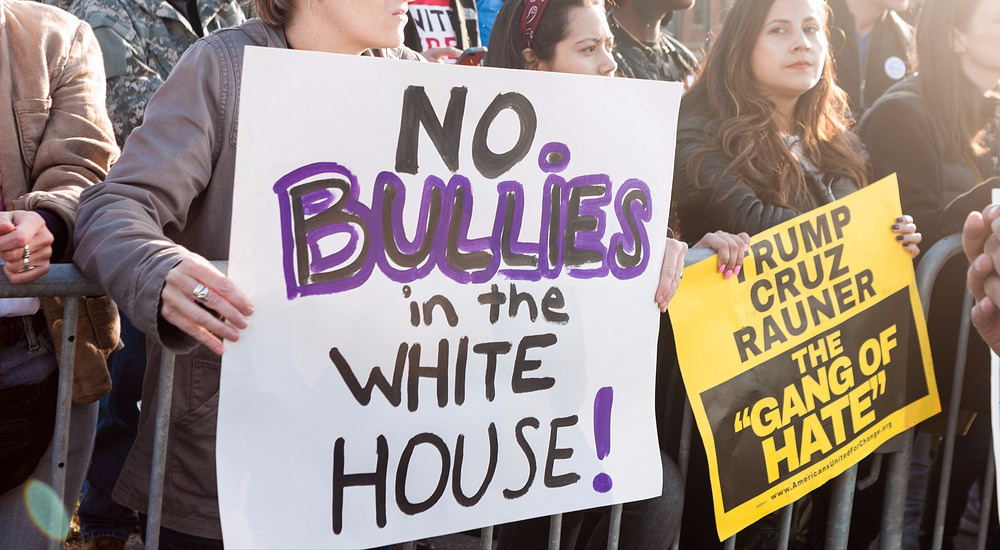 So the #neotrumpism affect has gone to the heads of hundreds of thousands of American Republicans, but the sad part is that over 11 million of Donald Trump’s supporters during the primaries were either democrats or independents who have never changed their affiliation, but were allowed to vote in Republican primaries. This is not a majority of Republican support, and if the GOP is to survive, it first and foremost must change its rules in primary voting.

So let us start with Donald Trump’s real estate course where tens of thousands of people took the course and none got rich or even close to rich, while Donald pocketed over $40,000,000.00. Currently, there are three class action suits being levied against Donald currently for scamming the investors, and a lot of uninformed voters are still supporting him like he is some type of savior. There was once another prominent figure in the world who lied and ripped many citizens of his country and became the czar of that country. Can you guess whom that was?

So when the Trump Brown shirts state that you, as a lifelong Conservative just want Hillary to win, it truly shows that these people will make up lies and stories equal to the whoppers that Trump does. The sad situation is that these people are being trumped by the biggest con artist in America today, Donald himself. So you can answer by stating “No, we don’t and that is why we are working hard to make sure that does not happen. Trump cannot win, which is what we have told you for months and months. What you are seeing now, with the meltdown of Trump’s campaign is proof of what we had warned you! We need a candidate that can actually beat Hillary Clinton! There is no actual fact-filled case you can provide that shows Trump winning, so we need a candidate that can beat Hillary.”

When the #neotrumpism brown shirts state that “we” must unify to beat Hillary, it is just a scream for help, but turning it around as though you will personally be the reason that Clinton wins the election. The best response back at these foolish followers of the lying bigoted racist is “What “We”? We are voters and delegates, we are citizens and not subjects to Trump. We have no obligation to unify with anything!! The candidates have the obligation to convince us to support them, and never the other way around.”

When the uneducated and under-educated white supremacist, hatemongers state “all this division is helping Hillary win.” They are actually forgetting that Donald created the largest divide in America. Today polls show only one percent of Black Americans support Trump to the 99% for Hillary. Who is and has created the divide? Who has created so much hatred and bigotry that he cannot convince enough people to speak at the convention when in past years it was a battle to create enough speaking time for all who wanted to speak. Remember the choker and loser Mitt Romney? He had some of the greatest Republicans speaking at his convention. So respond with “That is the fault of the candidate. He has had several weeks as the lone candidate to create a unifying front but has failed miserably at that. Today as we speak he continues to insult and degrade Conservatives and states he does not need us. If you are truly concerned about the division, then help us rid that cause. That is what we Christian Constitutional Conservatives are doing as we speak.”

Without knowing you, what you have done for our country, if you served in combat, worked furiously to support constitutional candidates and the like, they will state that “You must really hate Democracy”. First and foremost America is a Republic based on democratic ideas and a Judeo-Christian foundation. So you might not have much to work with when you speak to a #neotrumpism brown shirt. So once they have spewed their inability to understand the type of government that we have in the United States, answer them with “Every bit as much as the founding fathers who saw it as mob rule. That is why we have a Representative Republic. This style of government has many layers of checks and balances like the Electoral College and delegates. This is to protect us from people failing us, or if we are deceived.”

You may also be hit with the old speech of you are the complete reason that Trump will lose! I know that before you heard that you were completely naive to your power.  When these white supremacist, and paid antagonists working for Trump state “You’re the reason Trump cannot unify the party.” Remember that you are just one person, and they are stating that you are as powerful as MLK, JFK, and Ronald Reagan by not supporting Trump. You can not only respond, but show the true beliefs of these weak kneed uninformed Trump followers. Answer by stating“Wait you are saying that Trump cannot unify the party? Did you not state he is doing great? So which is it? The real question is not the result of what we are saying, but whether it is true or not. IT is not us causing the divisions. We are only stating the objective facts which point to Trump causing the division.”

No you are not causing the division that is stopping the unifying of the GOP. Donald Trump, his followers, the followers of his #neotrumpism, white supremacist, white power groups, racist, bigots, and haters that are congregating beneath the banner of Donald Trump are causing the rift, and division within the GOP. The #nevertrump, and #freethedelegates are only reacting to the harsh rhetoric, division, and hatred created by Donald himself.

It is now Donald’s time to create a unifying voice. He needs to apologize to religious groups, nationalities of other countries, GOP members, other candidates, and all the groups of people he has ripped off in his life, then he may be able to create some type of unification. Please do me a favor, do not hold your breath or place a bet that he will do such a thing. An egomaniac, who calls great servant leaders like Mitt Romney, Ted Cruz, and Carly Fiorina losers and chokers, then he will not be big enough to apologize and end the hate-filled speech.