Horrific Raging Fires Actually a Message from Above? 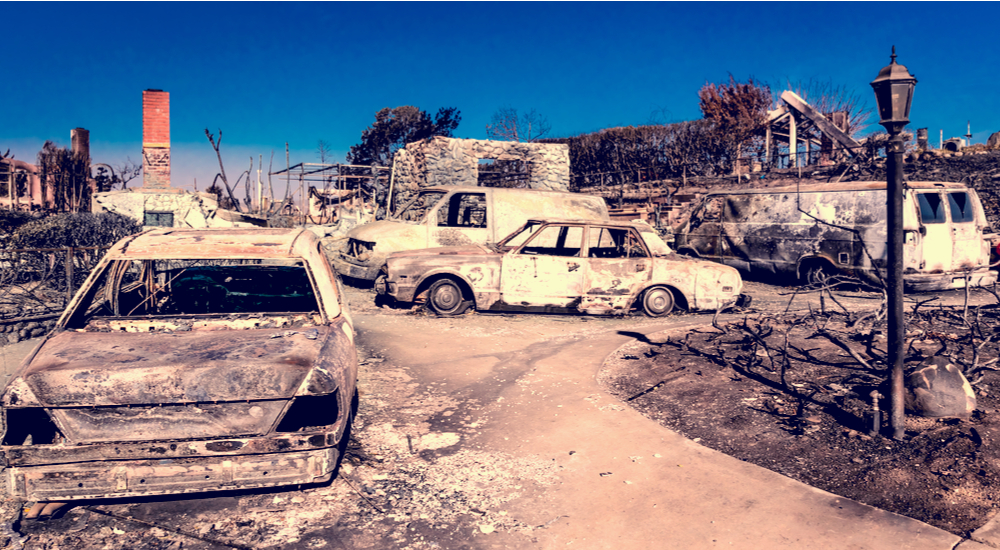 I am not a religious fanatic by any means. Just the average Christian.

I do not wear my beliefs on my sleeve. But I am continually wondering what is actually going on in California (the seat of our entertainment venue).

In reading the headlines this morning, and seeing the devastation from the fires, brings to mind many questions about the Democratic Liberals and their agenda. I have not heard anything out of their mouths regarding the loss of lives and property of their neighbors.

Are they doing anything, anything at all, to help in any way? Is it so important to continue the harassment and vitriol of our Government Representatives?; to disrupt our Government processes by attempting to use any means to impeach our President. Do they not see the good that this administration has done? What good have the Democrats accomplished???

The people did not give them the vote to create such nonsense.

The personal attacks are becoming a disgusting representation of our Nation. The people have given the Democrats the House of Representatives, and yet, these very same folks will use that power and authority to continue the vicious and personal attacks on Republicans and their families and anyone else that does not agree with and support them.

Keeping this in mind, and seeing the horrific fires raging in California, I sometimes wonder just what is going on? Is God intervening? Is this a word from the Heavens? I wonder! Such far-reaching devastation and loss of life cannot be from an errant match or spark. Yes, the winds a catalyst. But the winds come from Mother Nature; and who controls Mother Nature????

And yet, most of the vicious attacks come from folks in that venue (entertainment).

The words of treason and threats are not being taken seriously, to some degree, and maybe rightfully so, as it would only feed into their frenzy.
Republicans are known for “turning the other cheek”, but I think it is time to face the music. By whatever means, I would like to see an abrupt halt to this National division. It is not the Republicans creating the division in our Nation. I believe it is an internal faction within the Liberal Democrats.

Just listen and hear the words of many a Democratic leader. The lies and hypocrisy is so blatant, I wonder why the Republicans are being so exclusive of this behavior.

Notice that Hillary, Pelosi, and Maxine Waters (to name a very few) are even being hypocritical of many of the women’s gains. They go against their own when it is Political expedient.

Many of those opposing our current Administration, I believe, would go to any means to gain full control of the Government. Whether it is lies, or criminal behavior, whatever it takes. I am, at this time, feeling a strong distrust of the voting process in our Country.

One would think that our modern technology would alleviate the temptation and ability to disrupt this process. It is our right and responsibility to vote. How dare anyone abuse that which is given to us from within our Constitution!