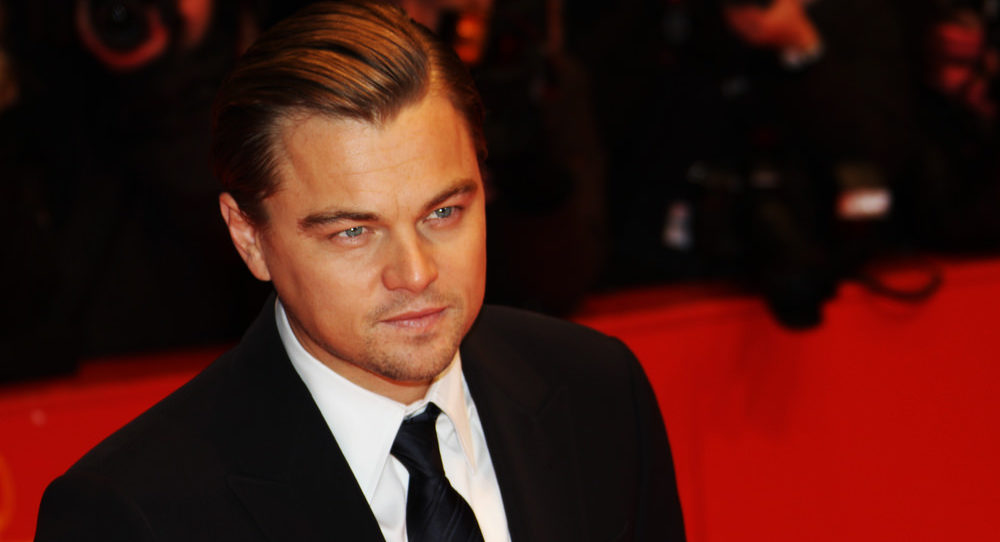 Our socialist friend, Leonardo DiCaprio, is not shy about glorying in his total ignorance. He revels in it. This time he says that ‘Climate Change Deniers should not be allowed to hold Public Office’. (The Blaze, 4th Oct).

Significantly, he made his arrogant remark on the White House lawn. As an Obama mouthpiece, he proclaimed: “We must empower leaders who not only believe in climate change but are willing to do something about it.”

Then, he made the same error that got ‘global warming’ scientists shot down in flames ten years ago: they claimed the consensus ‘proved’ they were right! Oh dear, not a good thing to say in scientific circles. It is the kind of idle chatter that stops genuine scientific research dead in its tracks and reverses the true aims of any sensible, honest scientist. Consensus is a killer of true thinking.

Even so, DiCaprio was not shamed by his ignorance, as he blurted out his recycled deception: “The scientific consensus is in and the argument is now over. If you do not believe in climate change, you do not believe in facts or in science or empirical truths and, therefore, in my humble opinion, should not be allowed to hold public office.”

Unfortunately, this is all it is – his not-so-humble opinion. There is nothing scientific in what he said, even though his feet were planted on hallowed socialist soil. Trump got it right – climate change claims are definitely a hoax!

Years ago Al Gore got his sorry brain cells kicked this way and that for making the most absurd claims about ‘global warming’. His claims became mincemeat as more and more scientists told the truth, and the temperatures went down anyway for a long time, disproving whatever he said. At that time, I published a large tome on the Green Agenda (see my website), citing the actual facts of the case and highlighting the many deceptions used by Gore and friends. The infamous 2007 UN climate data didn’t help him either, and these, too, were shot down by real scientists, as each false claim came under fire one at a time. Then, everything went quiet.

Now, ‘for ‘global warming’ just read ’climate change’. But, this time, the arguments are even MORE absurd! Never mind, Leo, just keep on pretending along with the fake scientists and Obama, whose only aim is to tax people to the hilt and overpower them with bizarre demands.

He fails to tell us how ANY leader, let alone the current fake leader in the White House, can stop climate change! Really, the topic is so ridiculous as to be an embarrassment to even chat about during coffee breaks! Climate changes all the time. And, if you live in the UK, it can change hourly!!

Though naughty scientists who want to keep their funding will produce false data to satisfy funders and the Marxist government, NO scientist has yet been stupid enough to tell us exactly HOW they will stop hurricanes, floods from heavy rain, extra hot summers, and so on. Instead, they roll out the same old discredited arguments made by Al Gore and the UN… many of which were proved to be direct lies.

I believe in climate change, because climate changes! But, what DiCaprio is saying is just a repeat of debunked global warming arguments. In doing so he shows us his ineptitude as a science spokesman, and a very dated viewpoint. Al Gore must be turning in his grave, ready to jump back out (well, his silliness made him effectively dead) to lead the dunces.

I also believe in REAL science and REAL unadulterated data. What I DO NOT believe in is the garbage that has infiltrated the public arena from the polluted backwater of socialist pseudo-science. Their data are nothing but nonsense, and have already been debunked. I urge readers to look into it for themselves. Read my book, the second edition prefaced by an expert in the topic. In it you’ll come across plenty of stuff to drown DiCaprio’s silliness.

The people who should not hold office are those who want to tax citizens into oblivion to cut CO2, even though the science proves it is a delusion. There is no ‘greenhouse’, so there can’t be a ‘greenhouse effect’! The blue bits above the earth just don’t work that way!

And even Trump confuses ‘global warming’ and ‘climate change’, though they are not the same! Sadly, too many celebrities repeat the same socialist mantras of the elites who want to control the people.

To sum up – there is no global warming, and climate changes all the time. Neither are caused by CO2, and trying to stop it in the atmosphere or troposphere is futile. Also, the more CO2 around us, the better it is for agriculture and plant life. For goodness sake, DiCaprio should have gone down with the Titanic in reality, because his unimpressive and untaught opinions belong in the same era!