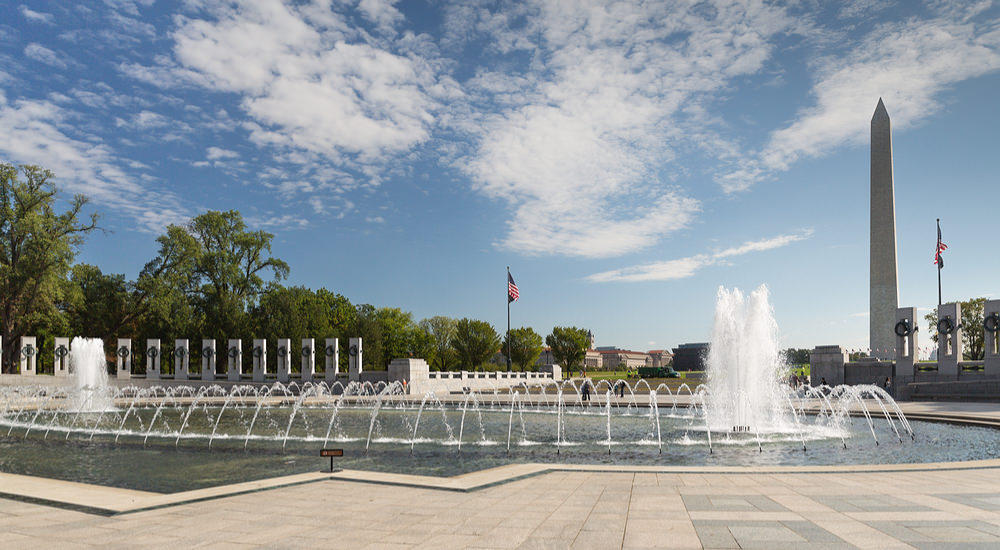 This week we commemorated the 75th anniversary of the evil attack by Japan on the US Naval base at Pearl Harbor, Hawaii. Unfortunately most kids (and quite a few adults) don’t know anything about it, and many who do have been taught a distorted version of this horrendous event that killed thousands of military personnel as well as civilian women and children.

Why did I choose the word “evil” to describe this attack? Aren’t all military attacks bad? Actually, they are not all bad. When a nation responds to aggression, it is both scripturally and morally right – and it is just good common sense. If you allow an enemy to attack you and you do not respond, you are inviting further attacks. To all the air-headed doves out there who believe that we should not respond to aggression (the “Give peace a chance!” folks), I suggest that they would feel differently if they were on the receiving end of an enemy attack.

But that attack on Pearl Harbor was not a typical attack in the midst of a war. This was a cowardly, unprovoked sneak attack on a neutral nation. Japan did not declare war on the United States, and then attack us. They bombed 3,581 America non-combatants as they slept, then then machine-gunned men, women and children as they tried to flee. 2,403 of these died that day.

Although most of those who were injured or killed were naval personnel, they were considered non-combatants because no state of war between Japan and the United States. The attack was in violation of the Hague Convention of 1907, which states that a nation must declare war on another nation before attacking commencing hostilities.

Japanese Prime Minister Shinzo Abe will have the opportunity to do just that later this month when he visits the memorial to those his country murdered. He is not expected to apologize, and when I said that he should my daughter asked why, since he had not even been born when the attack took place. I explained that he would not be apologizing for his own sins. He would be apologizing as a representative of his nation for the barbaric attack.

Various reports have emerged over the years of Japanese leaders expressing regret for the loss of life at Pearl Harbor, but nothing has even approached an apology. To the contrary, to this day Japanese politicians make it a point to honor the so-called “heroes” of Pearl Harbor – the murderers who died while attacking Pearl Harbor. It is difficult for any intelligent person to consider men who slaughtered sleeping sailors and their families as “heroes”. These were not even honorable military men. They violated every convention and norm of civilized warfare.

Japanese commentators have opined that Abe should not apologize, since Obama did not apologize to Japan for the bombing of Hiroshima and Nagasaki when he visited Japan. But there is no moral equivalence between these two actions whatsoever. The first forced a neutral nation into a bloody world war. The second effectively ended that war, saving millions of lives – including hundreds of thousands of Japanese civilians who would have perished had the war been allowed to continue.

For those who know little of either of these terrible events – which includes most Americans – let us engage in a brief historical overview. As we do, the rationale for the title of this article – “History Revised, History Forgotten” – will become clear.

It should come as no surprise that the history books of Japan whitewash the atrocities and barbarism of that nation, both in combat and in the brutal way it treated prisoners of war. For instance, they omit all references to what has come to be known as the Rape of Nanking. Over a six-week period in 1937soliers of the Imperial Japanese Army murdered between 200,000 and 300,000 Chinese civilians. They also systematically raped tens of thousands of women and girls.

Also omitted from school textbooks is any mention of the infamous Bataan Death March. 70,000 American and Filipino prisoners of war were marched 70 miles. The march was characterized by brutal physical abuse and gratuitous killings. Up to 18,000 died at the hands of the Japanese soldiers. These are just two of dozens of atrocities that – not surprisingly – Japan still covers up to this day.

But Americans should be surprised, shocked and angered that liberal U.S. history teachers often do the same. In fact, many middle school and high school history courses make no mention whatsoever of Pearl Harbor when they discuss WWII. But they chastise America for the “horrific” attacks on Japan that ended the war.

It is no secret that the American public school system and the national teacher’s union are heavily influenced by a “blame America first” mentality. But the sheer magnitude of the deceit and brainwashing of our children on just this one subject should enrage parents who care about truth and want their children to love and respect their nation.

As we discuss this, please keep in mind that while you may have been taught honest U.S. history, it is very likely that your children are being taught a revisionist version of our history that encourages them to hate their own country. Talk to your kids about what their teachers are telling them. Read their textbooks. Sit in on their history classes. (You have the right to do this, although most schools will do their best to prevent you from doing so.)

Let’s start with the fact that most U.S. history classes either totally ignore or downplay the massacre at Pearl Harbor. America was not involved in WWII for one simple reason: half or more of its citizens did not want the nation to be involved. They referred to the conflict as “the European’s war”. We aided the Allies in other ways, such as supplying them with food, weapons and ammunition. But no president in his right mind would enter a war that half of his citizens opposed.

Then the Japanese forced us into the war. Japanese Admiral Isoroku Yamamoto said of the unprovoked attack on America, “I fear all we have done is to awaken a sleeping giant and fill him with a terrible resolve.” He wasn’t wrong. Most people in America knew someone who had lost a friend or family member in the attack. Suddenly every American was waving the flag, and thousands of young men were flooding recruiting stations. Japan had made the biggest mistake in its long, brutal history.

How can an honest history teacher discuss WWII, and particularly the causative factor of the American entry into that conflict, without a thorough discussion of the sneak attack on Pearl Harbor? The answer is, they cannot. So instead they choose to simply ignore the whole episode. In one class they discuss the progress of the war in Europe. In the next, the United States magically appears in the chronicle. Their only explanation is that America was a militant, bloodthirsty nation that wanted to kill people and take over the world.

Now let’s skip to the end of the war. Things were rough. Casualties on both sides were huge, and things were getting worse. 80% of Allied casualties from the entire war occurred in the last year before we dropped the atomic bombs. There was a real possibility that the Allies could lose, and that Germany and Japan would rule the world.

But the U.S. had a secret weapon – three atomic bombs. The idea of using them was too horrible to imagine. But our leaders had to not only imagine the use of these weapons, but actually employ them to save mankind. If that sounds overly dramatic, consider this. Germany had killed at least six million Jews and others they thought were “inferior”. Japan thought it was “honorable” to massacre and rape hundreds of thousands of civilians. With people like this in charge, the future of the world would be unimaginably horrible.

I have written about the bombing of Hiroshima and Nagasaki in depth previously (see “The True Story of Japan and the Atomic Bombs” below), so I will be brief here. This could only be described as a desperation move. We had two atomic weapons and bombers at the ready. The chances of the bombers getting through the massive anti-aircraft defenses of Japan were very small. So the decision was made to send both in hopes that at least one would make it through.

And here was where America’s huge bluff paid off. We knew we only had three bombs, and that we had just used two of them. But we let Japan and the rest of the world believe we had many more. Within a week Japan had surrendered.

Unfortunately, America’s history teachers haven’t been satisfied to delete the history of how America was drawn into the war, choosing instead to attribute our motives to “imperialism”. They have also chosen to distort the truth about the end of the war. Here America is portrayed as the enemy of mankind, the first nation to deploy atomic bombs.

They ignore the inconvenient truth of the matter – that if we had not dropped the bombs, many more on both sides would have died. The exact numbers are not known, but the best estimates are that between 140,000 and 220,000 died between the two Japanese cities. This is beyond horrible. But the fact is that, in addition to the millions of Allied military personnel and civilians who would have died in a prolonged war, hundreds of thousands more Japanese would have perished.

Obviously not all American teachers are members of the national teachers union whose mission seems to be to poison the minds of our children against their own nation. There are many great teachers who risk their jobs and livelihoods to go against the establishment and tell the truth about WWII. And we should thank God for them and for their courage.

Hopefully as we enter a new era in the history of our nation, the new administration will not only clean up the swamp of the Washington political establishment, but will also clean up the cesspool known as the Department of Education.

The True Story of Japan and the Atomic Bombs