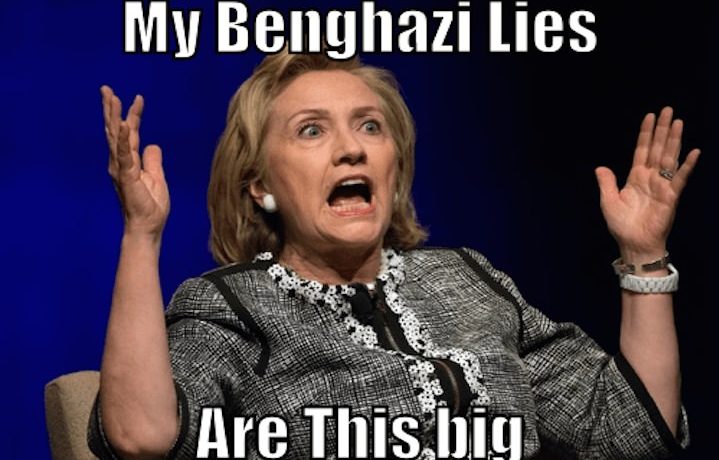 As a child I always wondered why it took my Mother so long to decide what outfit she would wear on almost every occasion. We hardly had two nickels to rub together when we immigrated to North America and it was a long time before there was money for the (extras). The careful use of what we had was necessary to ensure that we had anything at all. My Dad worked two jobs and another weekend partite job as well. He never complained. Somehow we enjoyed a life of plenty. The young ones had no notion that we were on the brink of nuclear war or that there were some who would annihilate us in their hatred. But there were those willing to die to keep us safe and for those brave men and women I thank God repeatedly.
Then we have the leaders of today who sacrifice the lives of patriots on the alter of their egos and vaunted ambitions. Yes I am referring to the real Butcher of Benghazi – Hillary Clinton. Brave secret service men and women protect her day and night and those who leave her service (thanking God that they can) are soon able to divest themselves of the memory pollution that plagues their waking moments. They tell the stories of this sorry excuse for a human being and her tantrums and tirades, her focus on all things Hillary and the purposes of everyone around her whose only mission in life is to serve her and her base instincts.
As the responsibilities of Hillary for the desertion deaths of 4 heroes comes into the light of truth, we the people should be demanding that she be brought to justice and pay the ultimate price for her connivance and lying to us. Wouldn’t that send a message to those who would have the rule over us…..cross the lines and pay the price. Will she ever be punished? In my dreams. She will face the ultimate judgement and the most honorable of Judges one day. I am happy to not be Hillary Rodham Clinton.
Tags: Hillary Clinton