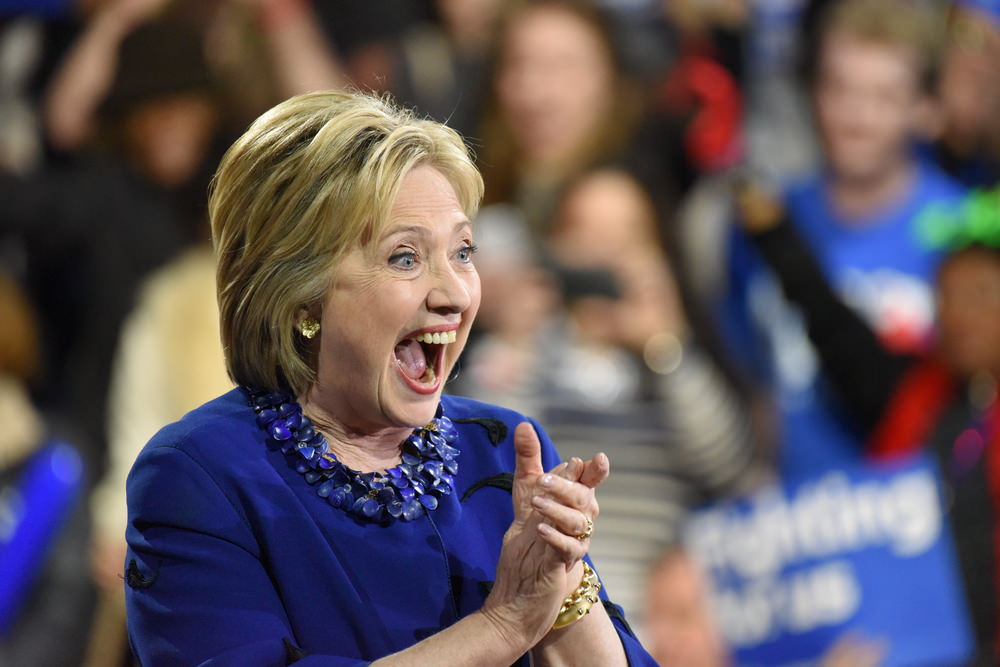 Yesterday I was critical of Donald Trump’s new and evidently “evolving” illegal immigration policy. Some Trump supporters didn’t take kindly to any criticism of their man. That’s too bad, because we Constitutionalists were in favor of Trump’s original hard line on illegal aliens. It’s a shame he appears to be softening.

But in order to be fair and intellectually honest, we will also defend The Donald when the Dragon Queen, Hillary Clinton, throws false accusations his way.

Of all the things Hillary could accuse Trump of, she and her team have decided it is time to play the tried-and-true democrat race card. Historically this tactic has worked quite effectively against most, if not all Republicans – mainly because most Republicans are too spineless to fight back and tell the truth about the Democrat Party.

We can only conclude that most on the right still have not educated themselves on the roots of the Democrat party and instead accept the false narrative that Democrats are the champions of minorities. Of course, it is the exact opposite. The Democrat party has been the party of racism, segregation and eugenics, whereas it was the Republicans who fought for equal rights and the closing, or at least de-funding of the black eugenics factory, Planned Parenthood.

Obama was obviously able to play the race card because he is… well… black. But for Hillary to attempt it is a laugh riot. Her and Bill, throughout their history in public life together, have befriended and lionized many known racists.

In 2002, Mark Levin wrote two articles on the topic – selective moral outrage, which is one of the tenets of any good Democrat. He wrote that the Clintons, not once, but twice, bestowed major honors on Bill’s mentor, the late senator J William Fulbright.

In early 1993, not long after winning the presidency, Bill bestowed upon Fulbright the Medal of Freedom for, as Clinton described, a “visionary humanitarian.” Again in 2002, Clinton honored Fulbright with a $100,000, seven foot tall bronze statue of him in Arkansas.

These two high honors dedicated to a well-known racist segregationist, much like many of his southern Democrat compatriots –

Orval Faubus, George Wallace, Bull Connor and even Al Gore Sr. All of these men, and many more, were racists and segregationists. All were opposed to the Civil Rights Act of 1964 and the 1965 Voting Rights Act – and those who were able, voted against both pieces of legislation.

Hillary Clinton was thrilled to accept the Margaret Sanger award and called Sanger her idle. Sanger was of course the founder of Planned Parenthood, which murders more black children in one hour than the Ku Klux Klan did in its entire history. And need I remind you that the Klan were all Democrats.

Then there is Hillary’s good friend and mentor, Robert “Sheets” Byrd – the late senator and former Grand Kleagle of the Ku Klux Klan. Upon his passing, Hillary praised him as a man of eloquence and nobility. Clinton said she will remember him for many things.

Is this one of those things? Byrd said: “I shall never fight in the armed forces with a negro by my side… Rather I should die a thousand times, and see Old Glory trampled in the dirt never to rise again, than to see this beloved land of ours become degraded by race mongrels, a throwback to the blackest specimen from the wilds.” Don’t get angry at me – I’m just the messenger.

In the history of the GOP, there has never been a Republican, past or present, who has ever uttered such vile statements, for which Byrd never apologized.

Not one of these Clinton friends and mentors have ever recanted their racist remarks or apologized for their deviant views. One can only conclude that they took those views to the grave.

Now, one could say – wait – that’s guilt by association. To that I would answer – it sure is. How many hard-core racist, eugenist, segregationists do you know? And if you did know a few, how many would you praise to the hilt? I daresay none. Rather you would distance yourself and end the friendship.

Donald Trump may be a lot of things, but a racist isn’t one of them. I can comfortably say he doesn’t have a racist bone in his body, for if he did, you can bet the Clinton bottom feeders would have found it by now.