Should Guns Be the Ultimate Expression of Masculinity? 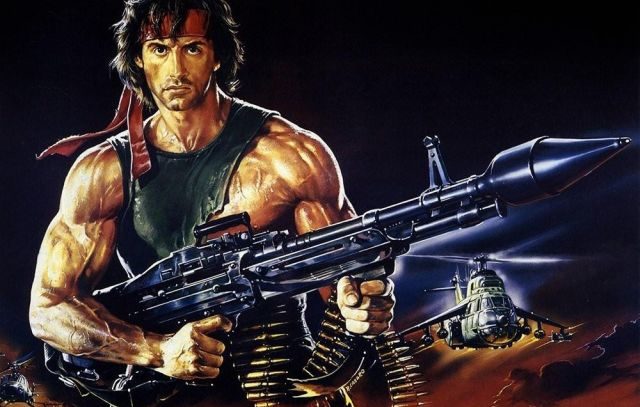 Mae West said famously: “Is that a gun in your pocket, or are you just glad to see me?”  No one but Mae West could have more successfully, in a single comment, illustrated the relationship between guns and male sexuality.  I believe that this is what lies at the core of the Left-Wing’s ferocious hatred of guns, despite their namby-pamby, “save the world” rhetoric.

Every time there is a mass shooting in the United States of America, the Left-Wing media predictably launches its usual diatribe about gun control, without much concern about the victims of the crime in question.  Commentators all across the Internet then join in the assault against gun owners, the Second Amendment, the NRA, and everything else associated with guns, with startling savagery.  Their savagery is so uniform, in fact, so undiluted by even the remotest sign of decency or respect for their fellow countrymen, that at times I have felt like saying: “You’re right.  You don’t need guns.  You kill and destroy with every nasty word you speak or write.”

Gun owners themselves may need to find a better comeback than “Guns  don’t kill people; people kill people” because this argument doesn’t seem to silence their opponents.  It might help to get to the root cause of the violence: a rise in nameless rage all across the board, due to an ever-shifting society which exists more and more in a void without morals, faith, or direction — and we have mostly the Lefties to thank for that.  But of course, this would require much more honest, analytical thinking than these bitter, carping, ideologically-obsessed cowards could ever hope to achieve.  So yes, it’s easier to blame the guns — but there may be more to this knee-jerk hatred of guns than the guns themselves.

For as long as I can remember, guns have been a symbol of male sexuality, male power, male aggression — all the things that the Left-Wing hates.  They refuse to accept masculine aggression as natural and good because in their narrow little minds, this is what has led the world into one bloody war after another.  That may or may not be true, but all reasonable people will admit that war is sometimes inevitable in such a tense, complex, and overcrowded world.  The Left’s substitution of culture wars for traditional warfare has hardly brought about a more harmonious society, and in fact may be even more insidious because the effectiveness of the culture wars hinges largely on ruthless psycho-linguistic brainwashing and legislative tyranny: not exactly the actions of sweet, peace-loving people.

One of the most iconic, enduring, and beloved American art forms is the Western, which is filled with sexy, hyper-masculine, gun-slinging cowboys whose use of guns is so obviously sexual that the relationship between guns and male sexuality will forever be congealed in these stimulating and unforgettable images.  Let me say what so few others have dared to say in this gun-hating era: there is absolutely nothing wrong with this.  As an extension of male sexuality, guns are necessary.  Guns are sexy.  Guns are beautiful.

I myself am not a gun-owner, but never have I been more tempted to buy one than when the Left tells me I shouldn’t.  I accept and celebrate male aggression in all its forms, so guns do not offend me at all.  Yes, I think men should fight.  Yes, I think men should  be allowed to be violent when violence is clearly necessary. When danger strikes, I would much rather be in the presence of Chuck Connors (“The Rifleman “) or Clint Eastwood (“Rawhide”) than any of the pitifully feminized, cowardly, mealy-mouthed Lefties whose gun-less aggression is a thousand times more lethal, more vicious, and more despicable.