The Emasculation of Men in the West 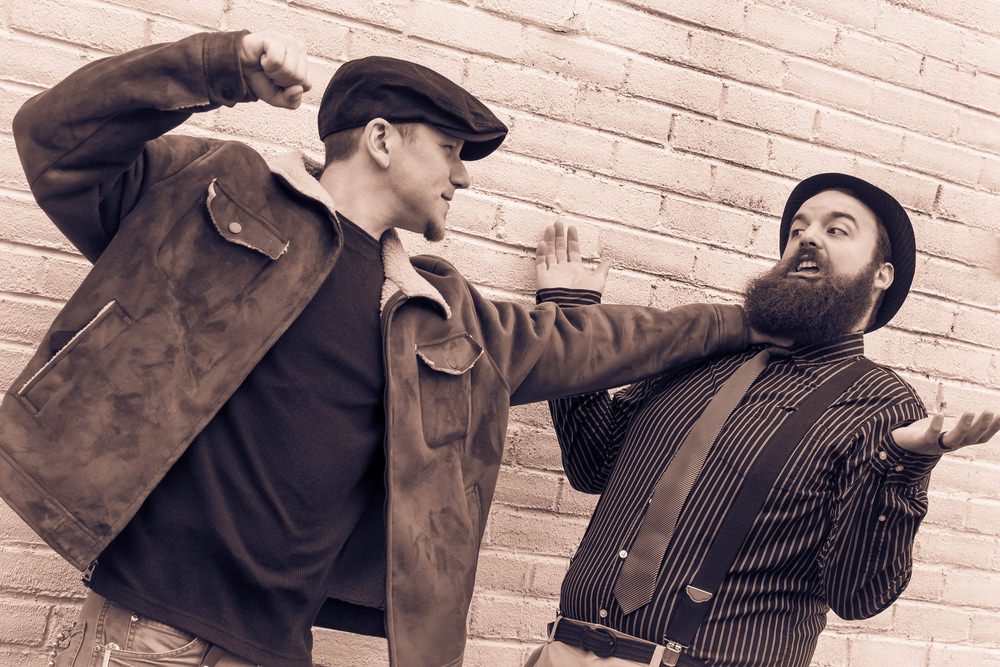 I normally try to avoid opining on the weekend.  Saturday is usually my day to grab my gear and go out to my favorite open range and shoot off a few hundred rounds.  I like open ranges.  The one I attend allows for both handguns and rifles. I always try to get rid of old ammunition on Saturday then, Monday, go restock with new stuff.  I do this because I like to keep a full stock and, also, because I know it drives libtards crazy.  Every time you buy a new box of ammo a libtard loses a brain cell.

Couldn’t go shooting today, though, because it was raining.  A little difficult lining up the shot when Mother Nature is doing a water challenge on your eyes.  So I stayed home and did some light reading.  I went over to my favorite site, Townhall.com, where I ran into an interesting article.  The article, “Emasculated West Primed for A Muscular, Muslim Takeover“, was written by Ilana Mercer.  After reading a few sentences I nose-spit my coffee and realized this person was on to something.

The article, in a nutshell, talks about how western women are attracted to the Islamic culture because Islam is dripping with testosterone, while western men are still trying to figure out the proper way to wear a man-bun.  Her reasoning is based on simple male-female biology: women are attracted to strong men.  I know that there will be a great many feminists out there whose head will explode when they read this.  (Actually, I kind of hope that happens because it would be fun to watch.)

Mrs. Mercer cites a recent sermon, given from East Jerusalem’s Al-Aqsa Mosque, by a Sheikh Muhammad Ayed.  Paraphrasing an important part of the sermon would do no justice, so I have included it in toto:

“But they have lost their fertility, so they look for fertility in their midst. We will give them fertility! We will breed children with them, because we shall conquer their countries—whether you like it or not, oh Germans, oh Americans, oh French, oh Italians, and all those like you. Take the refugees! We shall soon collect them in the name of the coming Caliphate. We will say to you: These are our sons. Send them, or we will send our armies to you.”

You can view the entire sermon on YouTube.  Be warned, it is not for the faint of heart.

From there she talks about how western clergy stack up and, brother, it ain’t good.  The article mentions western ministers who seem to always blame the victims, because of their race or ethnicity for the attacks.  More and more of our clergy, including the Pope, seem to believe that we are holy Christians if we turn the other cheek.  I had thought that we had learned our lesson during the Cold War that appeasement never works.  My question to these sainted ministers has always been; What happens when we run out of cheeks? Then can we start shooting back?

I do have a problem with this article, tho.  Having read it in it’s entirety I am now more confused than Bruce’/Caitlin Jenner in a public restroom.   See, a long time ago, men were told that women preferred sensitive men.  Men who weren’t afraid to cry or show their sensitive feelings.  Gone from our culture were such manly icons such as John Wayne and Gary Cooper, to be replaced by sensitive men such as Robert Redford or Brad Pitt.   Real men don’t carry wallets, they carry man-purses.  Our media culture has taken up the cause celebre.  We are constantly bombarded with movies, TV shows, and commercials all depicting strong women with weak, brain-dead men.

This emasculation of men has also produced a bad side affect in boys.  The author opines that the reason so many of our young men are attracted to ISIS is because they constantly hear negatives about our Founding Fathers and are looking for some sort of “masculine inspiration” or male role models.  The reason, according to Mrs. Mercer, is “American boys, K through Twelve, are mired in an estrogen-infused, cloistered world, where strong men in authority are an endangered minority.”

The entire purpose of the feminist movement is to castrate men in order to advance women.  In the feminazi ideology, the only way to raise women up in our culture is by lowering men.  Western men, because we always are thinking with the wrong head, have dutifully changed from alpha to beta males.  This could not have come at a worse time.  We are facing a war with Islam whether we want it or not. We have completely blurred the biological lines between men and women for the sake of political correctness.

I leave you with this last quote from Mrs. Mercer’s article:

“In the service of statist sameness, the male-vs.-female biological imperatives are rapidly, if reflexively, being dissolved. Dissolving “The Constitution of Man” is dangerous to civilization, for a subservient, effete civilization will not survive the onslaught of Islam.”