Did Guns or a Criminal Kill a DNC Staffer? 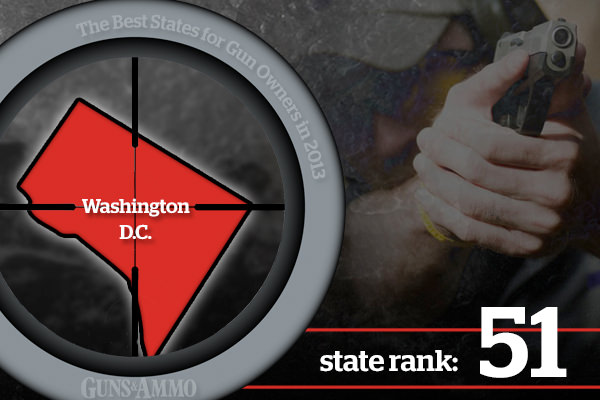 Bloomingdale is a relatively anonymous neighborhood in Washington D.C. It is less than 2 two miles northwest of the capital. Few have ever heard of Bloomingdale – although if you are a “House of Cards” fan, the opening credits of the show feature shots of the D.C. neighborhood.

While it has undergone major rejuvenation, with more government staffers taking up residence, the neighborhood is still predominantly black – 59% according to the 2010 census.

One such D.C. staffer who resided in Bloomingdale was 27 year old Seth Conrad Rich. According to The Political Insider he worked as a “voter expansion data director” at the Democrat National Committee (DNC). Apparently he “worked on computer database to help voters identify and map their individual polling locations.”

Normally I would delve a little more deeply into what a “voter expansion data director” does, because if the DNC was his employer, you could bet what “voter expansion” might entail. But you may have noticed I used a lot of passed-tense words describing Mr. Rich.

This is because Seth is no longer with us. He was killed over the weekend in his own neighborhood of Bloomingdale.

No, it wasn’t a traffic accident that ended his life. He has shot several times, at 4:20 on Sunday morning, on a residential street near a neighborhood convenience store. He died in a nearby hospital hours later.

His boss, head of the DNC – Debbie Blabbermouth Schultz issued a statement that read: “Our hearts are broken with the loss of one of our DNC family members over the weekend. Seth Rich was a dedicated, selfless public servant who worked tirelessly to protect the most sacred right we share as Americans – the right to vote,” she said. “He saw the great potential of our nation and believed that, together, we can make the world a better place.”

I’ll hold my tongue and not comment on the absurdity of her statement, except to say, see – it really is all about politics with these people.

Now I, like many, are wondering just how he could have been shot – in Washington D.C.? Other than California, D.C. has the most restrictive gun laws in the nation. Even after the supreme Court, in the 2008 District of Columbia v Heller case, which ruled that a D.C. gun ban was unconstitutional, the city hacks have still made it virtually impossible for a private citizen to carry a gun – open or concealed without showing “good reason” for doing so. Prior to 2008, a resident of D.C. could not even have a gun in their own home.

But no matter – there are a myriad of other restrictions involving guns and ammo in the district including the stipulation that it is unlawful to carry a gun within 1000 feet of a public or private day care center, elementary school, vocational school, secondary school, college, junior college, or university, or any public swimming pool, playground, video arcade, or youth center, or an event sponsored by any of the above entities.

In a relatively small neighbor like Bloomingdale, there would be practically no where one could legally carry a weapon and not be within 1000 feet of something.

The police have no leads and there is a $25,000 reward for any information. If authorities know, they’re not saying what Mr. Rich was doing out at the wee hours of Sunday morning. I do know that not much good happens at that time on a weekend.

So with all the restrictions, background checks, etc., how on Earth was Mr. Rich gunned down? The same way thousands of others in major cities are killed – by criminals. Criminals don’t obey the law. That’s what makes them criminals. They don’t subject themselves to background checks or ammo clip restrictions. They don’t care if they are within 1000 feet of a school. Only the law-abiding are negatively affected by these silly feel-good laws.

But this will make no difference to D.C. gun-grabbers. Expect to see new restrictive legislation pushed by the city council and the dems – probably having some heart-tugging name like Seth’s law. They’ll have to take advantage of this tragic event – that’s what they do.