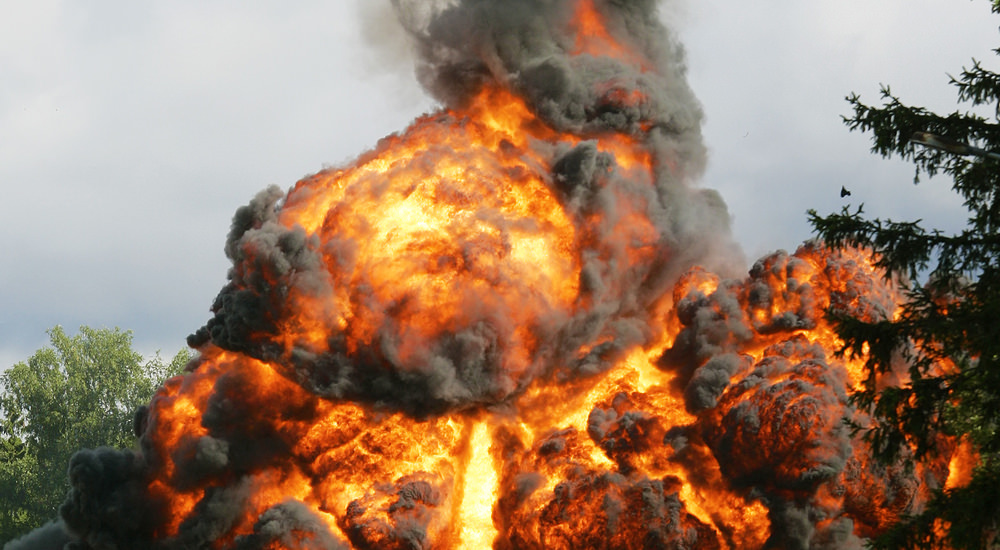 The naive notion that if only guns could not be bought that violence would cease is paraded so often you would think human mentality is evolving in the wrong direction.  Just because a psycho or a terrorist ( there isn’t much difference ) chooses one weapon to kill doesn’t mean they won’t use another if they cannot obtain the one they used.  The fact that guns are often used by killers is a clue to what kind of defense mechanism the potential victim should have available to counter the attack.  The numb-skulls that believe guns can be eliminated from the face of the earth by a simple dictate evidently don’t realize there were killings and massacres long before guns were invented.  The gun was invented as a better means of countering the previous weapons like swords, daggers, battle axes and crossbows. Today the best way to counter a nut trying to wipe out the human race is to have available a means of self protection.  That means is a gun.

In the Middle East we see daily images of civilians shaking their guns in the air.  If there is anyplace where disarmament would be a boon you would think this would be where our efforts would be centered.  In that land of chaos and pandemonium requiring the surrender of weapons where an enemy lurks in every corner and competing governments spring up overnight would be like asking for a restriction on breathable air. Self defense in chaos requires personal protection devices.

Imagine yourself to be the kind of nut that wants to kill innocent people and ask yourself which will be more effective. A crowd of disarmed innocents or a possibility that the innocents could have a weapon to neutralize your spree before the police could be called and arrive. Killers require unarmed victims to be effective.  They desire to kill and that desire is amplified by the ease of expected success from unprotected targets. Those who would disarm the innocents and let the killers unleash their terror with a retaliation that comes too late, are enabling the killers.  These enablers are oblivious to the need for  personal protection devices and seek to solve the issue of killers operating by pretending all weapons confiscated is the answer.  A maniac swinging a sword or an ax or setting off a home made bomb kills innocents just as dead and anyone with this propensity to attack innocents should be neutralized as quickly as possible.  If the police cannot arrive instantly it falls upon the people in the immediate danger to have the means to defend themselves.

Since many psychos find the environment of school an easy target with innocents abounding doesn’t it seem reasonable that teachers should be prepared to take defensive action if necessary instead of waiting for the police to arrive from across town?  Just as the pilots should be armed so too should the teachers have gun locked in their desk that they can reach to blast the cowards that prey on the disarmed and innocent.

There is not a fool proof way to determine whether a person buying a weapon is intent on using it for defensive measures or for indiscriminate killing.  This being said, why would we deny those seeking protection because they might be killers?  The facts support the purchase and ownership of weaponry for benign purposes.  Prohibiting all purchases so the few idiots that have nihilist premises cannot buy weapons is counterproductive for those concerned with self defense.   The law that “ one size fits all” ( such as the seat belt law ) where everyone complies is is easily discounted by the pompous politician which can be sidetracked by political favoritism also.

Ownership of anything can be diminished by the prohibition of ownership for a specific item.  For if the principle of restriction of ownership is okay for one item it then can be argued ownership of the next favored weapon of choice by terrorists also needs the same ban. Soon only the law abiding are disarmed and the killers run rampant with stolen and black market weapons killing at will.  This would encourage the terrorists just as the ban on guns in aircraft encouraged the terrorists of 9/11 to use box cutters without fear of neutralization.

The government cannot always provide instant protection of the individual and you individuals reading this should realize that this inability cannot guarantee the protection of your life under such circumstances of isolation.  Responsibility for personal protection cannot be delegated to the government without a degree of risk.  Regardless of utopian dreams that cannot be fulfilled  by pacifists who “don’t like guns”, weapons of personal protection are necessary.  And if the terrorists infiltrate as they have promised to do the instances of personal confrontation will increase.  What better circumstances could they wish for than a disarmed citizenry?

Gun control by the government is not a viable alternative.  Individuals need personal protective devices to respond to the initiation of force when there is no government agency available.  Many rural communities have one law enforcement agent for several miles of territory.  Many cities have places where the police avoid. When a police state exists and state control is rampant the criminals can be named for simple disagreement and only the police have legal guns.  Americans who support the notion that if only guns were outlawed not only endanger many potential innocents but themselves.  The vicious attack by a madman should not trigger a debate on whether less guns are available. How can individuals protect themselves from the irrational use of force?  The answer is obvious.  No one can protect themselves from superior force in the hands of a killer with a cry for help.  Self defense requires the means to implement it.