It All Goes Back to J. Edgar Hoover 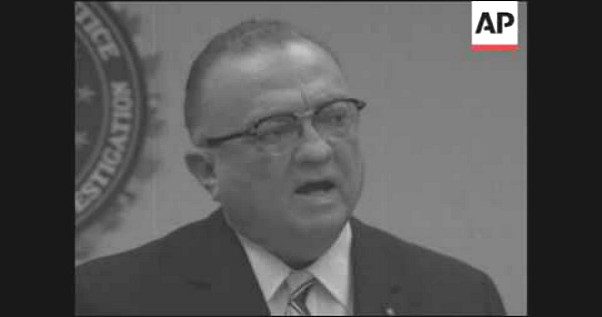 If the FISA document reviewed by House investigators is as bad as it appears, the Obama Administration will be accused of breaking federal laws  to sabotage Donald Trump’s presidential campaign.  Will indictments follow?  There is a long history of skullduggery in “The Swamp of DC.”

The FISA court created by the Foreign Intelligence Surveillance Act, approves warrantless wiretapping of communications.   It is empowers Federal agencies to investigate foreign powers engaging in hostile acts against the United States. Those acts include espionage and terrorism.

President Donald Trump has accused FISA of empowering Obama-era agencies to conduct surveillance on his presidential campaign.  Was President Trump appraised of the existence of the FISA document now in the hands of House investigators? The document pertains to Fusion GPS’s role of commissioning the Steele fictional narrative now frequently referred to as a “dossier,” which is actually “a sheaf of documents,” for the Democratic National Committee.  Continual references to said “dossier” is confirmation of the ignorance of today’s working press.

Trending: 4.9 Percent Unemployment and No Jobs, A Look into the Future of Obamacare, & Gun Rights Activist gets Sued in Texas

“The classified report compiled by House Intelligence is deeply troubling and raises serious questions about the upper echelon of the Obama  DOJ  and the Comey FBI as it relates to the so-called collusion investigation,” said Rep. Ron DeSantis.

“The facts contained in this memo are jaw-dropping and they demand full transparency. There is no higher priority than the release of this information to preserve our democracy,” said Rep. Matt Gaetz (R-FL). House Judiciary Committee member that has oversight on the DOJ and the FBI.

“I think that this will not end just with firings. I believe there are people who will go to jail,” Gaetz later said on Fox News, referring to senior DOJ and FBI officials. “I think there will be criminal implications here.”

Rep. Jim Jordan (R-OH), a senior member of the Judiciary Committee, agreed with his colleague Rep. Gaetz.  “It is so alarming the American people have to see this,” Jordan told Fox News.

“It’s troubling. It is shocking,” Rep. Mark Meadows (R-NC) also told Fox News. “Part of me wishes that I didn’t read it because I don’t want to believe those kinds of things could be happening in this country.”  “You think about, ‘is this happening in America or is this the KGB?’ That’s how alarming it is,” commented Rep. Scott Perry (R-VA).

Rep. DeSantis is moving to get the Top Secret FISA document declassified and available to the public saying, “While the report is classified as Top Secret, I believe the select committee should, pursuant to House rules, vote to make the report publicly available as soon as possible. This is a matter of national significance and the American people deserve the truth.”

The House Rules allow the Select Committee to publicly disclose any information in its possession after a determination by the select committee that the public interest would be served by such disclosure and that would certainly seem to be the case here.

Breitbart News says the declassification would have to clear the House Intelligence Committee before President Trump, who would have five days to issue an objection. In the event of an objection, a debate would then take place in the House.

While this is shocking today, it is not unprecedented as history reveals the FBI has long abused its’ role under the first Director, J. Edgar Hoover, a man whose reputation included cross dressing and other such odd behaviors.

Edgar never married and lived with his mother. It was well known J. Edgar compiled real “dossier,” sheaves of documents, on Presidents and Members of Congress he threatened to use in order to hold them at bay and keep his post as many wanted him fired for abuse of power and other irregularities. “The Swamp” has a long history and an aversion to the likes of President Donald J. Trump.