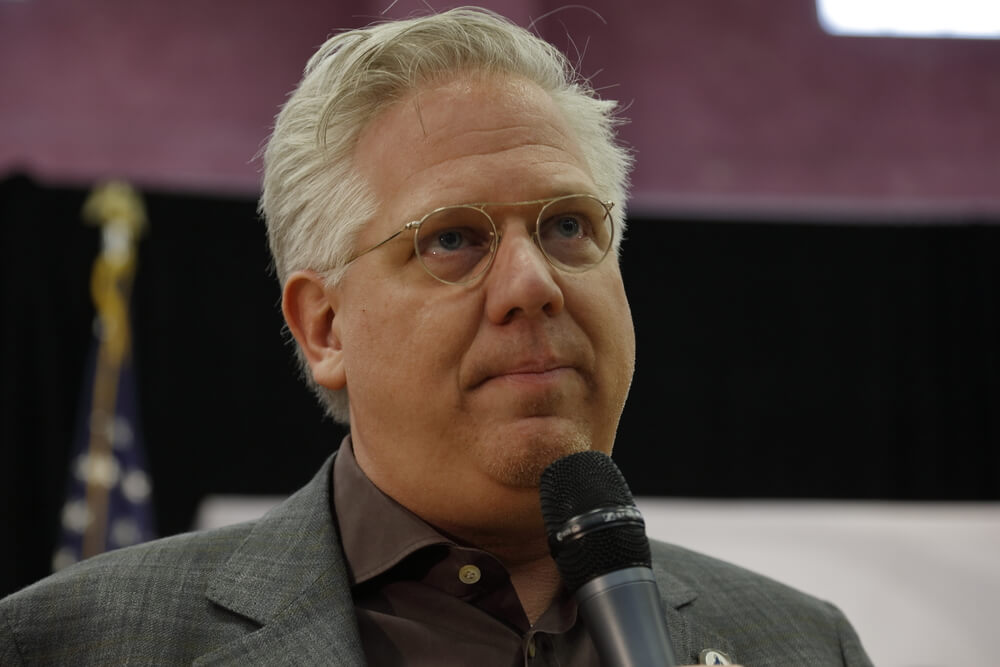 I say this as someone who was once a big fan of his: Glenn Beck has lost his mind. I still am to a point, but have not followed him over the cliff. I do not mean for this to be an attack on him.

I understand what he is going through. Glenn and many of his followers have prayed for someone. A George Washington of our generation to emerge. Someone with the balls of steel to stand up for what is right no matter what the cost. Glenn believes Ted Cruz is that guy. For the record, let me say two things. One, I voted for Ted Cruz in the primary. Two, I am agnostic. I tend to tune out a bit when Glenn goes on a religious rant but I will stand shoulder to shoulder with any Christian to defend their religious right, just not my thing. With that said, again, Glenn believes Ted is the guy they have been praying for. Maybe he is, I don’t know.

In order to explain what is going on in Glenn’s mind, let’s use this example. Glenn feels like he is trying to argue with someone about gravity. In doing so he is dropping a book over an over and every time it hits the ground he says “See, gravity. Works every time.” But the person he is arguing with refuses to believe it. He is absolutely believes Ted Cruz is the only one who can save this country. And the fact that many of his viewers have chosen to support Donald Trump is causing him to lose his mind.

Glenn refuses to see the big picture. It is incredible that Ted Cruz has done as well as he has. A growing number of Americans are waking up and learning about the Founding Fathers and the intent of the American experiment. That is awesome!!! Was it big enough to get a true Constitutionalist through the primary season? Unfortunately not. We are stuck with Donald Trump. I plan to support him in any way I can.

Here is what Glenn is missing. He might be wrong. Trump may be an OK President. From a Libertarian perspective probably not, but he may just be the crazy son of a bitch we need right now. The world is on fire. Here is a thought: Let Trump spend the next four years putting out the fires. I don’t see him running for a second term. Then let Ted Cruz come up and spend eight years rebuilding.

I mean come on, what would Gary Johnson accomplish; all you who are thinking of going that route? Do you honestly think if a real Libertarian got in the White House things would magically change for the better? What would happen is a Government shut down until somebody caved. OK maybe that isn’t the worst idea in the world but it is not going to save anything. The only thing that can save this country and the American experiment is knowledge. And the reality is we are not there yet. Yes we have made huge progress in the last seven years but we are not there yet.

All we can do is except reality for what it is. We know what we will get with Hillary. We don’t know what we will get with Trump. Glenn may very well be right. But he may also be wrong. At the end of the day, with all things considered, Trump is our best bet. Yes that may suck. But is also might not. Given the messed up crazy world we are living in, he might just be the one we need.

So if you happen to read this Glenn Beck, please, take a breath and open your mind back up. We have made progress and you deserve a lot of credit for that. The anger that has caused Trump to get the nomination you have been warning about for years. In a way Trump is proving you right for the last ten years at least. Don’t throw the baby out with the bath water just yet. We still need you. Things didn’t go as hoped but they could be a lot worse. Accept Trump and continue to fight to educate and look toward 2020. If Hillary wins, we are done. If Hillary wins, your principles will not matter.