Flushing Obama’s Legacy Down the Toilet 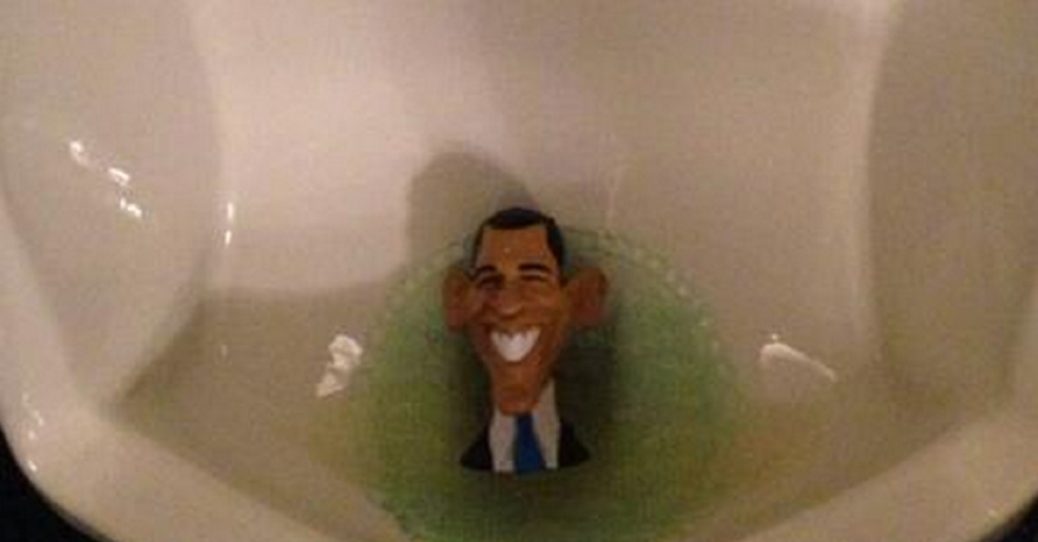 America’s experiment in banana republic socialism by making a Moslem leader of the Free World is bearing the fruit it deserves.  Obama’s legacy of stifling the American economy, shutting down American energy, unleashing criminals on police, and empowering America’s enemies to war and invade America and her allies is his legacy.  This is a legacy Obama intends on preserving by forming a shadow government to be a black hole that sucks up the light of Trump’s revival.

Democrats, who had no problem with Hillary laundering hundreds of millions of foreign donor dollars through her pay-for-play foundation, are trying to impeach Trump over his charities before he is even inaugurated.  Trump’s son’s foundation has only raised a few million to donate to children’s cancer treatment with no foreign ties, but Democrats are saying it now has “the appearance” of a pay-for-play institution.  They are demanding Trump liquidate it before becoming president, but then had a judge deny any action for “legal reasons” thus creating a Catch-22 to allow Democrats to create a B.S. excuse to call for impeachment.  Hopefully, Trump will allow Sessions to move forward in prosecuting Hillary for racketeering and corruption in collusion with foreign enemies and shove the truth down the Leftarts’ throats.

White House spokesperson Josh Earnest said, “Given the fact that President Obama has been the most transparent administration in history…” in saying Trump should be equally transparent is a galactic joke.  That “transparency” began with the passage of ObamaCare in which his Democrats told the people “we’ll have to pass so you can see what’s in it.”  Using the word “fact” in a statement does not make it true.  Leftarts facts are mutable according to what they want the ignorant to believe from minute to minute.  What has been transparent about Obama is that he is transparently anti-American, anti-Christian, anti-Capitalist, and anti-white.  No matter how much the Leftarts try to color him as angelic, his demons all show through.  Trump has been transparent from the beginning of his campaign always speaking his mind without a PC filter, while Obama always stuttered in his efforts not to say what he really means.  The multitude of Obama’s lies have all been brought to light despite his efforts to censor free speech.

Leftarts will constantly create false premises by which to damn the righteous and mislead by misinformation and implication.  When Chuck Schumer (D-NY) said that Trump must alienate the Right to pass policies that Democrats recommend Trump agreed that it would.  Schumer made is sound like Trump agreed that he would do it, but Trump merely acknowledged that Schumer was correct, not that he would follow his advice.

My best advice for The Donald:

IF A DEMOCRAT SUGGESTS IT – DON’T DO IT!  There is nothing that Democrats will ever recommend that is for the good of the country or the Trump presidency.  Remember “Read my lips!”  Democrats talked Bush 41 into breaking his promise and then they hanged him on it.  Despite winning the Gulf War and becoming more popular than Reagan for a time, he lost his second term to Democrat sabotage.  Believe none of what liberals say and half of what conservatives say because even some of them believe in some of the false premises and implications of Leftarts corruption.