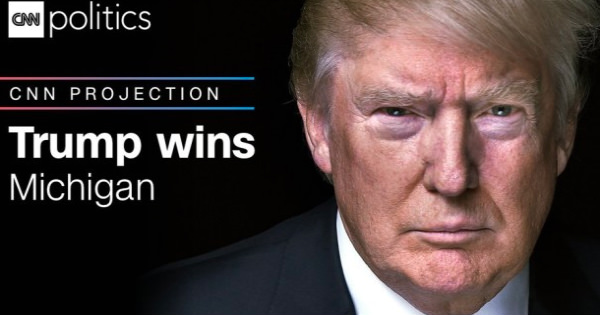 Michigan drug its feet for three weeks after the election, but it finally certified that Trump won the state by 10, 704 votes – a state that the Democrats thought they owned.

This brings his total Electoral votes to 306 – 100 more than Romney, for all you Republicans who said he didn’t have a chance!

More important, he smoked Hillary, who only received 232 Electoral votes. Wait, didn’t EVERYONE (except the Trump campaign, Hannity and me) say that she would win by a landslide? (Please excuse me if I gloat for a minute.)

The pollsters, the pundits, the Democrats, most Republicans, the odds-makers, the newspapers, the TV networks – all were dead wrong until several hours after the polls closed. Even the famed Larry Sabato from the University of VA political science department had it completely backward. His “Crystal Ball” map predicted that Hillary would win 322 to 216!

Now the nut-job Green Party candidate. Jill Stein, is challenging the results of the national vote in every state she can. She has no real standing to challenge in any state – she received less than 1% of the vote nationwide! And of course, Hillary has joined her.

Yes, the same Hillary who conceded the race before three states (NH, AZ & MI) had been called because she had already been beaten so badly. Yes, the same Hillary who told the nation that Trump had won fair and square and we should “give him a chance.” And yes, the same Hillary who, in the debates, said that it was a “horrifying” thought that any candidate would question the results of the election and cause people to lose confidence in our electoral process. Of course, that was when she thought she would be the winner.

Both Stein and Hillary agree that the recounts will not change the results. Trump’s popular vote lead over Hillary in the three states where Stein wants recounts was more than 100,000. But that’s not the reason they are going through this fruitless exercise that will cost taxpayers millions ($12 Million in Michigan alone).

They want to perpetuate the lie that the Russians hacked the election. But Hillary has stated that there is no “actionable evidence” of either hacking or outside interference. Obama agreed, and said, “Trump is the next president – period!”

The truth is that they want to delay the process, hoping that some of the electors will illegally change their votes. Some of the Trump electors have received death threats to “encourage” them to vote for Hillary.

Finally, Stein needs money. She only raised $3.5 Million for her campaign, and spent far more. She is raising twice that much – $7 Million – supposedly for the recount. How much of that do you think will go to paying off her campaign debts and to lining Stein’s pockets?

The Democrats and Liberals like Stein are in utter disarray. Republicans control the White House and both Houses of Congress. The makeup of the Supreme Court will become much more Conservative over the next few years. 70% of state legislatures are Republican, as are almost two-thirds of governors.

It wasn’t just Trump who won this election. Conservative America won – in a YUGE way!