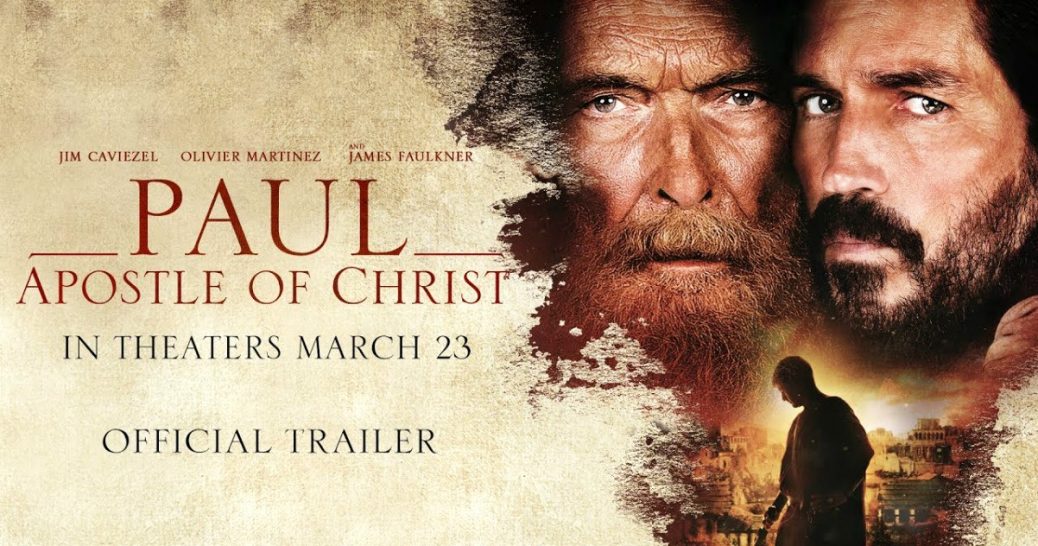 To say that “Paul, Apostle of Christ” was disappointing would be an understatement.

Oh, yes, it has drama and tension and angst. But most of it was filmed in that dim light, dark screen which Hollywood uses to portray our childhood heroes as much more evil than we remember. That sense of oppression not only made even the daylight, outdoor scenes seem dark, but it was reflected in the actions and attitudes of the characters.

Whether Rome was that dark under Nero, I don’t know. But this was a movie about Christians in some of the darkest times of their lives, yet they were fighting each other!

However, the biggest problem with the movie is that the holy spirit was removed completely!

All of the characters thought up their own ideas of what to do, made up their own minds, instead of asking God what to do and then doing that. That’s not walking by the spirit!

For example, Aquila and Priscilla decided for themselves whether to leave Rome or stay. Nothing was even mentioned about them asking God.

The Book of Acts is filled with healings and miracles that the apostles and other disciples did. Yet, when it came to healing the Prefect’s daughter, not one of the characters mentioned healing her by the power of God or even praying for her healing.

Yes, we know some things that are good to do, and some we should not do. But, unless we ask God in each situation, we have no idea what will work in that situation.

More than that, if we have made Jesus our lord, why would we not ask his instructions and do what he tells us to do?

But the most blatant removal of the holy spirit was in Luke’s writing. The author of the movie had Luke both deciding to write Acts, and thinking up what to write.

Either the Bible is the Word of God or it isn’t!

If Luke, or any of the other writers of the Bible, thought up the words to write, or even if they made the decision to write what they wrote, it would be their word and their words, not God’s Word and God’s words.

No, it didn’t happen in the mystical, Hollywood way where a light shines and everyone gets dreamy-eyed and walks slow. God gave His Word to the writers of the Bible the same way He gives a word of prophecy or an interpretation of tongues to a believer in a believers’ meeting, one word at a time to the believer’s spirit and the believer speaks it forth, decently and in order.

I’ll say it again. If Luke thought up what to write, even if what he wrote were true, it would be his (Luke’s) own words, not God’s words.

And then we could dispute the Bible and decide which parts we want to believe and which we reject (rather than studying it to find out how it fits together and shows us who God really is, how much He loves us, what He’s made us, and what power He’s given us). Then the Bible becomes no more valid, no more pertinent, no more valuable, no more to be followed than Confucius or Gandhi or Kant or Aristotle. Then the Bible would be powerless, unable to give us that which we need to overcome the world.

Perhaps that’s why Christians today are mostly powerless in this world. As one Bible teacher said, “Man’s greatest spiritual problem is that he does not believe the Bible is the Word of God.”