The People Need To Know

When Donald J. Trump signed the “$1.3 trillion” spending bill to keep the government going he lost the 2020 election as he appears to have abandoned the principle of his candidacy: “Profligate spending by the Swampters.”  Had we known he would do this, and add another trillion to the national debt he would not be President now.

Hillary would be President and far worse, but all is not lost:  This incident brings “The Swamp” into sharper focus and better confirms our speculations of several decades.  For the House, from where all spending measures must come, to dump a 2232 page spending bill on the President, smells of fraud and ignores the testing functions of the legislative process.  The House members just gave America “the finger.”

“The Swamp” includes nearly as many Republicans as Democrats and the game is, “Get what you can!”  Everyone elected to Congress leaves wealthy, very wealthy, far richer than you know as much of their money is in off-shore number accounts they will not touch until out of office and “the spotlight.”

Mr. Trump made a big thing of  “funding the military” as ever-appeasing Barack Hussein Obama cut the military budget every way he could in spite of cries from Congress as military contractors are great kick-backers.

Mr. Trump threw away his principles on his military preferences seemingly for no reason more than personal preference, but where he knows more than we could there be real reason for his urgency in matters military?  We have found a complex reality that may support that hypothesis:

There is a lot more to the Uranium One/Clinton Foundation scandal than we have been told.  For openers, America has 1% of the world’s known uranium in the ground.  Russia has 8% and Australia has 29%!  We have long had an excellent relationship with Australia and they have participated in our many wares to an outstanding degree, but they are far away and vulnerable.

Not long ago their socialist government succeeded in disarming the Australian people completely. The people are not able to defend themselves as are we.  They would be a pushover in a land invasion and are in fact a plum ripe for the picking.  Where China has only 3.5% of the known world uranium and they appear to believe in CO2 driven climate change they will see Australia as a pushover they could take in a few days without rustling their own people and gain energy supremacy on the planet.  China is 60 times larger than Australia with 1.4 billion people compared to 24 million.

China is building several very large aircraft carriers and nuclear submarines.  They probably intend to make the western Pacific their pond and that given would make taking Australia a footnote in the history of wars.  Mr. Trump may be eager to get more of our war ships on the seas surrounding Australia and keeping his cards close to his vest.  It would be very helpful if Australia would re-arm their people as the Chinese would be hard pressed to land more than two divisions in a day, 24,000 men, 0.1% of the indigenous Australian population who could pick them off about as fast as they land.

This is the kind of thinking that goes on in our “war colleges” and the CIA.  Briefing papers on these issues and their potentials circulate through many agencies including the nine that were instructed to sign off on the Clinton Uranium One deal that netted the Clinton Foundation $145 million and Bill Clinton half a million, but a private charity auditor says the Clintons keep 90% of the money the foundation gets, $131 million, so that makes it OK in “the swamp.” 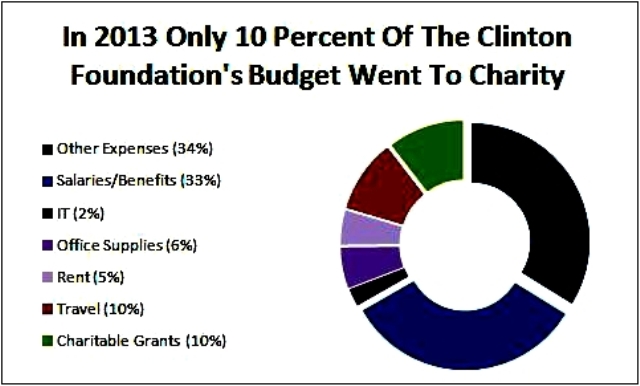 What we are saying is all conjecture, but the facts are not and they lash up very nicely with the event stream so we suspect that will continue.  While we are as unhappy as we can be with the signing of the $1.3 trillion spending bill it is likely true Mr. Trump has been dealt a very bad hand by the “Swamp People,” many of whom know what we say is fact, but they have continued in their personal gains regardless putting the nation at serious risk.

We have to ask how can we get people that won’t sell out, steal from us and put the nation at risk getting what they feel they “deserve.”  Is any man or woman above this temptation?  We suspect not and for that reason it is obvious every elected person should have one term and one only.  To prevent giving the bureaus too much power by default we should limit government employment to ten years and make it an educational experience to increase their worth in the private sector.  We can “drain the swamp” and Mr. Trump can win in 2020, but the people need to know.