The Fight for 15 is Decimating the Workforce 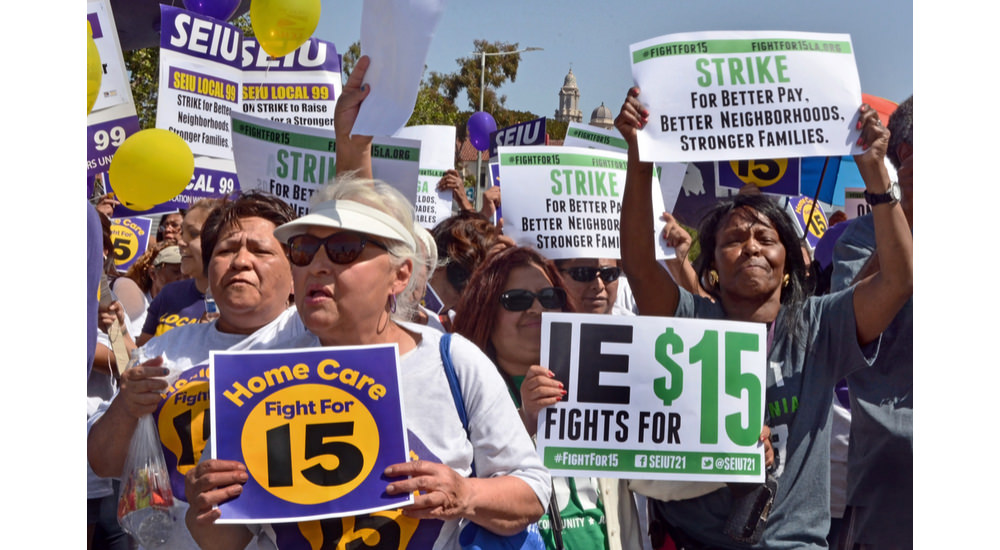 Yesterday, Rush Limbaugh reminded us of something we may have forgotten. It hasn’t been in the news lately, and with all else that is happening, it’s easy for we who write about this stuff, not to follow-up.

Rush updated us on the infamous “Fight for $15” movement, and how it is the gift that just keeps on giving.

Actually, more accurately put would be the gift that just keeps on taking – as in jobs and businesses.

You may have heard from Rush, or many other internet sites, that McDonalds is currently replacing 2,500 jobs in the U.S. with self-service kiosks. And this is only the beginning. Next year they plan to roll out another 3,000. You might surmise that this is 5,000 jobs being replaced. It’s likely to be many more.

Remember that human workers are at the restaurant for usually 8 hour shifts. Robots don’t have shifts, so they don’t need to be replaced by another human for the next shift. They work 24 hours a day, every day. These kiosks can potentially replace most all shift cashiers. In other words, that 5,000 could easily double or triple.

And to add insult to injury, McDonalds has plans to roll out mobile ordering across 14,000 U.S. locations by the end of 2017. This is sure to be a huge hit – and cause many more layoffs.

It’s like judgment day in The Terminator 3, when, with one keystroke of a computer terminal, machines became self-aware and began taking over the Earth.

Obviously this is overstating the point. These kiosks are not going to start eliminating McDonald’s customers. No – they’re just eliminating employees. However the customers are eating at McDonalds – so really – how long do they have.

And this technology is a direct result of the Service Employees International Union (SEIU) “Fight for $15” movement. Oh, it would have still been developed eventually, but thanks to the SEIU’s push, its way ahead of schedule. A restaurant start-up named Eatsa, a fully-automated restaurant concept, now has five locations—all in cities or states that have embraced a $15 minimum wage. It boasts – “no lines, no cashiers, no nonsense.”

McDonalds at least has the capital to invest in these pricey robot replacements. Smaller businesses, such as independent and Mom and Pop shops aren’t able to raise the capital necessary to install and maintain this equipment. They have been forced to cut back staff, raise prices or simply fold up shop. It’s happening everywhere the minimum wage has been artificially jacked up.

If you are forced to pay someone $12, $13, or $15 dollars an hour for a job that is only able to generate $8 dollars worth of revenue, you do the math. You won’t stay in business long. And if you are an employer, you know that hourly wage figure is only half or less of what you, the business owner, must pay to employ someone.

Still, politicians in various States buy into the propaganda being spewed, thinking it will garner support for their next election. They happily take the money, or the praise for caring more than the other guy (or girl). All the while giving no thought or care to the fallout of their misguided decision to raise their State’s minimum wage.

The sad part is that this entire phony movement was created and is being pushed by the thugs at SEIU. Last year Reuters reported that, based on federal filings, the SEIU had spent anywhere from $24 million to $50 million on its Fight for $15 campaign, and the number has surely increased since then.

SEIU couldn’t care less how much these workers make. They haven’t spent millions of dollars to create better conditions for non-union fast food and child care workers. They only care about eventually unionizing them in order to collect dues. This is there one and only purpose.

If you are one of the growing group of laid off workers, don’t blame your employer. Instead you can thank the SEIU and there bogus, job-killing Fight for $15 movement. And if you haven’t yet been let go – just wait – your time will come sooner than you think.